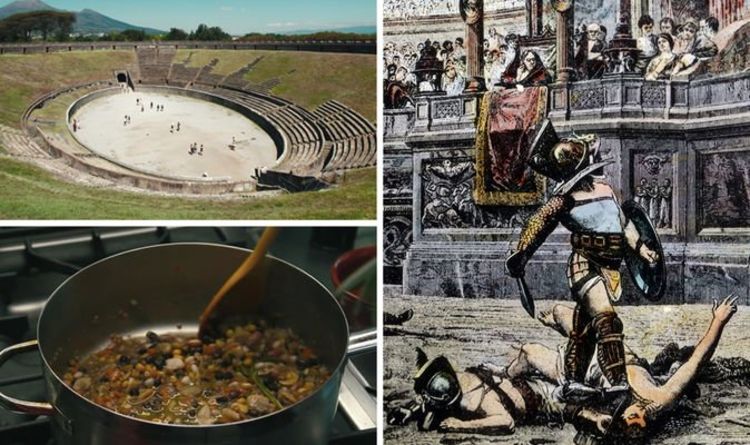 The discovery was revealed during Channel 5’s new series – ‘Secrets of Pompeii’s Greatest Treasures’ – as presenter and archaeologist Bettany Hughes headed to the preserved ancient Roman city which was buried in volcanic ash following the eruption of Mount Vesuvius in 79AD. Almost 2,000 years after devastation tormented the city, Ms Hughes took a glimpse into the past by walking the streets of Pompeii, exploring areas usually off-limits and talking to experts analysing the sobering remains of those that tried to escape. Among one of the treasures uncovered over the years is the oldest surviving Roman amphitheatre, which served as a home for gory gladiator battles to the death, but experts have also found and analysed bone remains of these ancient fighters during their excavations.

Ms Hughes said last week: “Forget emperors, forget generals, gladiators were the names on everyone’s list, they were the celebrities of the Roman age.

“In fact, they were so popular and they were worth so much money that nine times out of 10 they didn’t actually die in the arenas, almost everything possible was done to physically keep them alive.

“The walls here would have been covered in posters of the gladiators just like rock stars and Premier League footballers today, Roman graffiti found in Pompeii shows just how popular they were.

“Gladiators were taught to fight skilfully and draw lots of blood, but actually, we only have records of six gladiators who died here in Pompeii – although that is still six too many if you ask me. 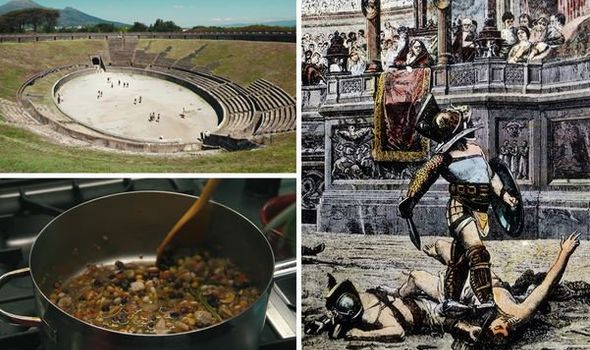 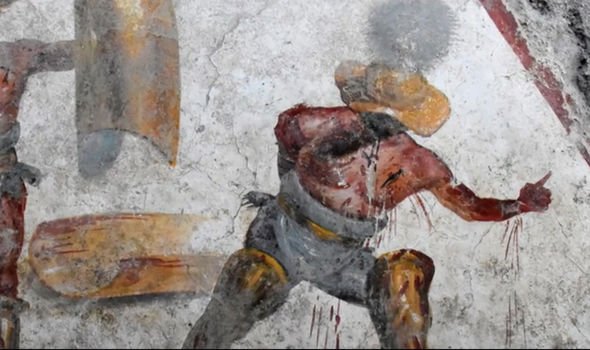 “So their life expectancy wasn’t as low as you might expect from this bloody sport.”

Ms Hughes went on to explain how recent analysis of bone remains have allowed researchers to gain an insight into the diet eaten by the Roman gladiators.

She added: “Recent research analysing the bones of gladiators studying the ancient recipe books has revealed how a healthy diet was key to how they stayed alive.

“I’m meeting a local chef to find out more, he has learnt a recipe for a soup that the gladiators would have eaten.” 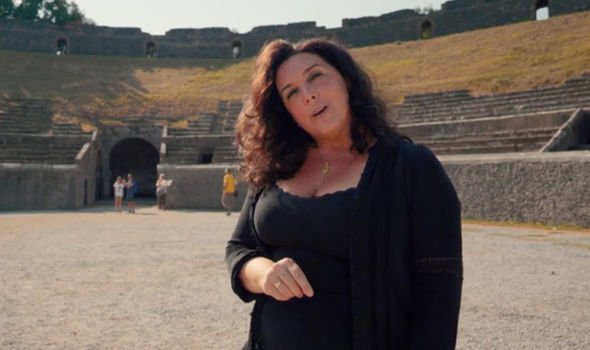 In the pan, the chef put olive oil, celery, onions, carrot, followed by lentils and beans and simmered them until a thick soup was made.

Ms Hughes explained why the gladiators favoured a high carb vegetarian diet, over a protein-focused diet seen by many fighters today.

She said: “I’m being given an ancient Roman cookery experience this, and it’s really interesting because when you think of gladiators, you often think of them as being kind of pumped up meat-eaters – gym boys.

“But that appears to not be the case at all, this is a vegetarian dish and it’s fascinating the fact that the gladiators have been given this soup. 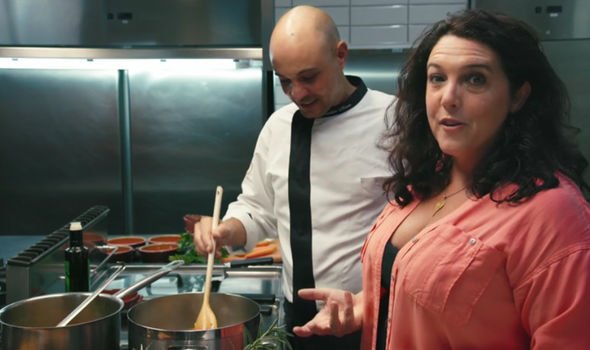 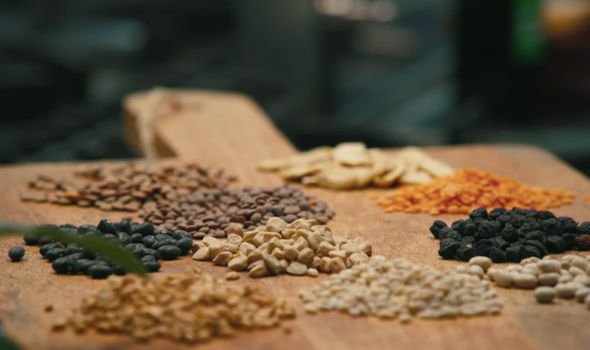 “It’s actually quite fattening because you are getting all your calories from carbohydrates, but they did that for a reason.

“They wanted a fatty layer, so when they get sliced with a sword or a dagger, then you bleed a lot, but you have a layer of fat so you’re not slicing through to the muscles or the organs.

“So you’re more likely to survive the fight and then go on to fight another day.

“This special stew was like a superfood for the gladiators and they needed it, the longest show here went on for five days.”