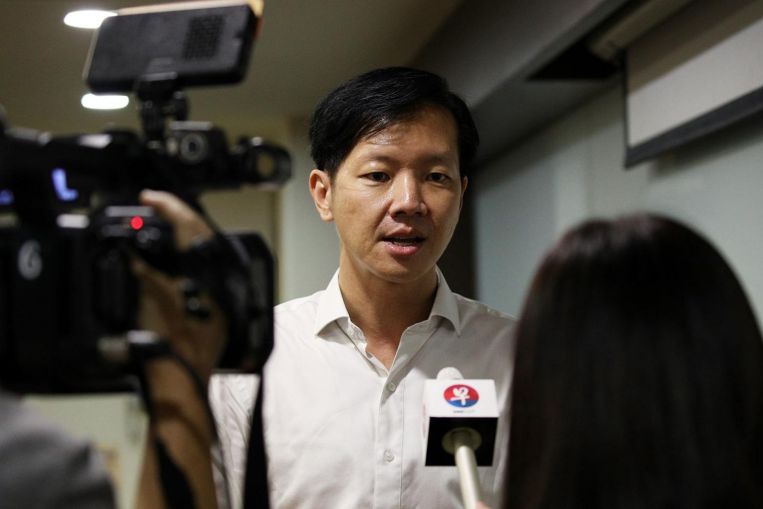 SINGAPORE – The PAP will look into the allegations made against its former candidate Ivan Lim after the general election, said Senior Minister Tharman Shanmugaratnam.

“We’ll come back to the issues concerning Ivan Lim after the elections, because we don’t want to leave them unresolved. But we really have to move on now and focus on the issues,” said Mr Tharman on Monday (June 29).

The Senior Minister was speaking at the introduction of PAP new face Xie Yao Quan, 35, to replace Mr Lim after the latter’s withdrawal from the race.

Mr Xie, the head of healthcare redesign at Alexandra Hospital, will be part of the PAP slate for Jurong GRC, for which Mr Tharman is the anchor minister.

Last Saturday, just three days after he was introduced, Mr Lim, 42, who had been walking the ground in Jurong GRC, withdrew his PAP candidacy after allegations about his past conduct emerged online.

Mr Lim said he was stepping down, as the allegations surrounding him had “eclipsed the core issues” of the election.

On Monday, Mr Tharman said that he appreciated Mr Lim’s decision. He added that the party takes what has been said about Mr Lim very seriously but also wanted to be fair to him. Mr Tharman stopped short of confirming if a formal investigation would be launched.

“We will find the best way of dealing with it. We take very seriously the issues and we don’t want to have a cloud hanging over Ivan unnecessarily, so let’s be fair about it,” he said.