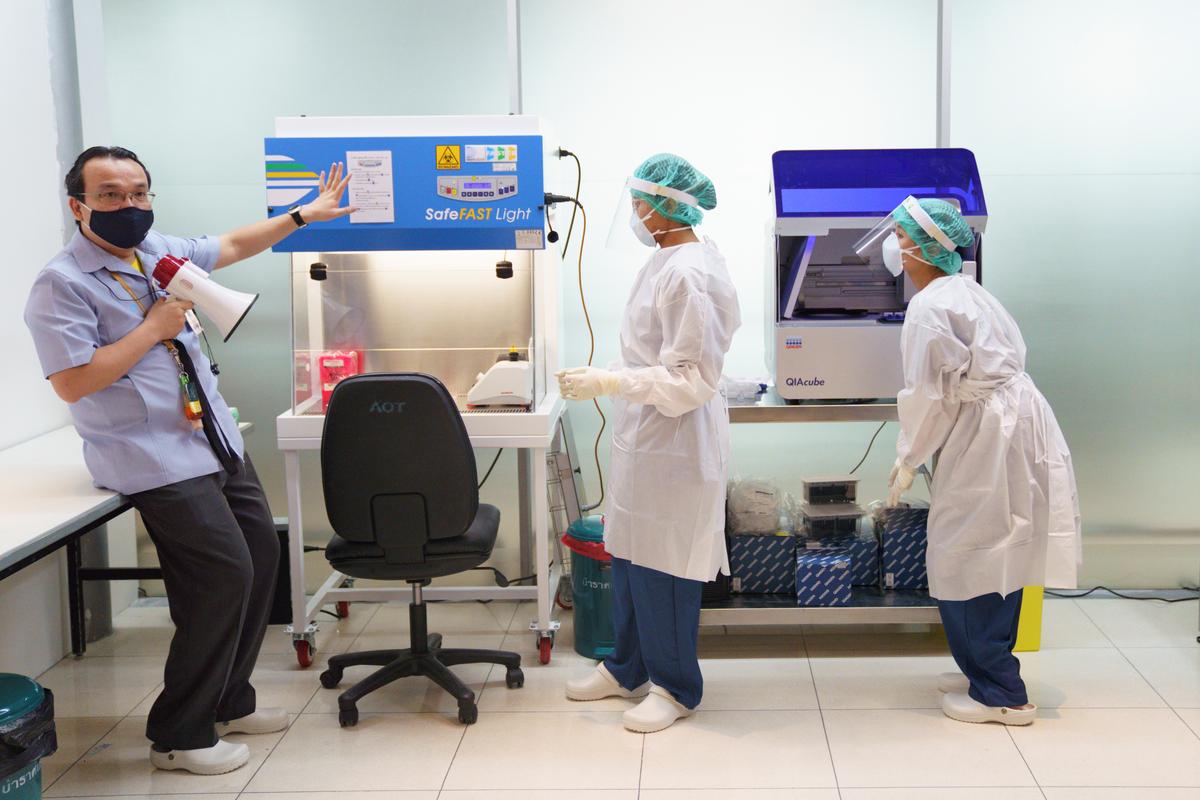 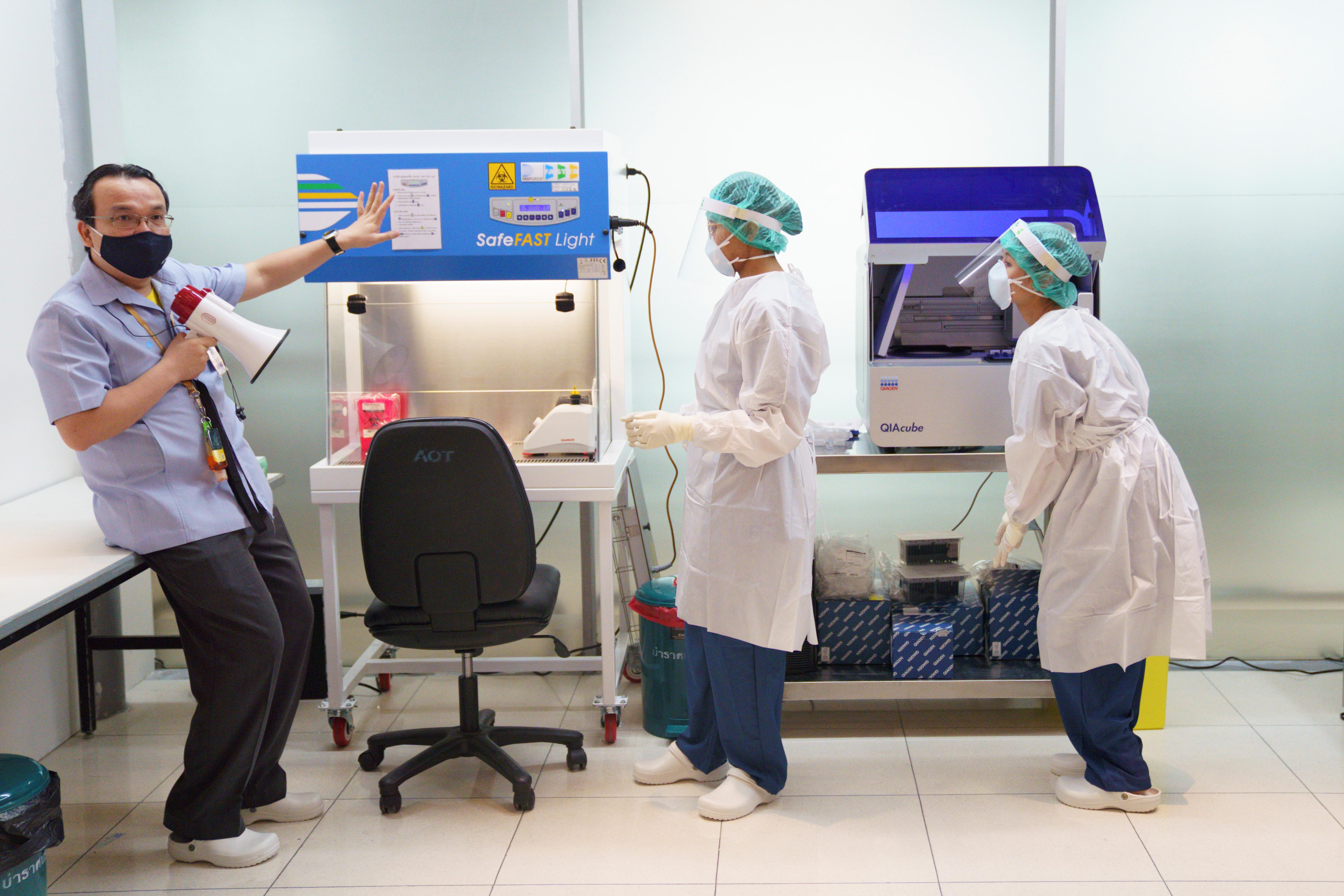 All foreigners, except those with work permits, have been barred since March, but after more than five weeks with no recorded community transmission of the virus, Thailand is allowing in some groups of foreigners.

Business travellers, diplomats and government guests staying for less than 14 days are considered “fast track travellers” who will be swab tested for the disease at Suvarnabhumi airport to make ensure they are infection-free before entry.

“The test itself takes around one hour and a half,” said Suwich Thammapalo, an official of Thailand’s disease control department, adding that its use could be expanded in future for other arrivals and tourists.

The airport test, costing 3,000 baht ($96) each, is one requirement for fast-track entry without spending 14 days in quarantine, and is required of other foreigners recently allowed in, ranging from those with resident status or family in the country, as well as international students.

About 1,700 foreigners have applied to visit Thailand for medical treatment such as cosmetic surgery or fertility treatment after a ban on medical tourism was lifted this month, said Taweesin Wisanuyothin, a spokesman for the task force on the disease.

The government is considering a plan to open more international travel with a “travel bubble” arrangement with some countries in September, he added.

As the pandemic hits travel, Thailand is expected to draw at most 8 million foreign tourists this year, down 80% from a year earlier, the Tourism Council of Thailand estimates, although the sector is expected to recover in 2021.

Last year, spending by a record 39.8 million foreign tourists accounted for about 11% of GDP.