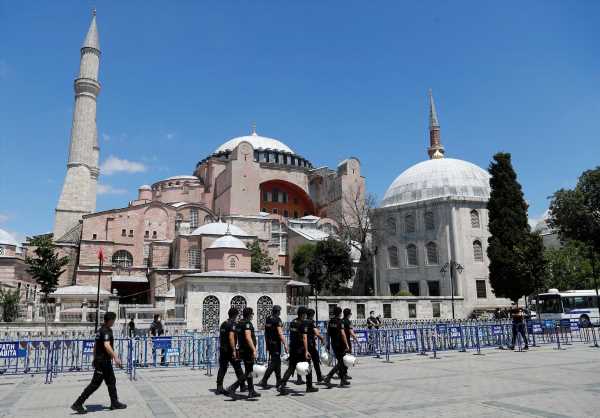 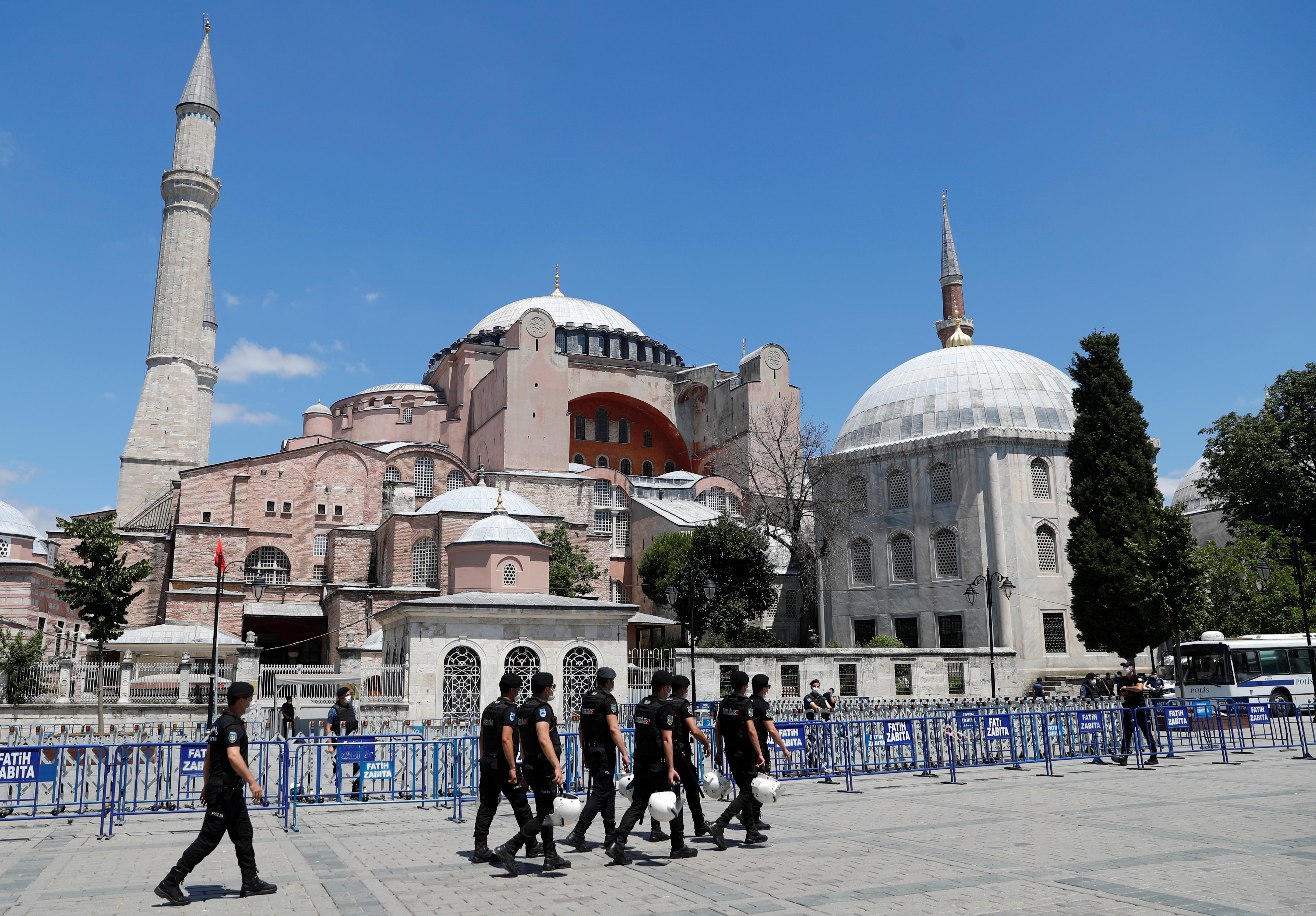 ATHENS (Reuters) – Greece on Tuesday described Turkey’s decision to convert the Hagia Sophia in Istanbul to a mosque as “unnecessary and petty” and called for tougher European Union action over Ankara’s gas exploration activities in the Mediterranean.

Turkish President Tayyip Erdogan’s move to switch the status of Hagia Sophia to a mosque has struck a raw nerve with many Greeks, who revere the sixth century building as a focal point of their Orthodox Christian faith.

Greece, whose relations with Turkey are fraught with historical tensions, says the matter is not a bilateral dispute.

“With this backward action, Turkey is opting to sever links with western world and its values,” Greek Prime Minister Kyriakos Mitsotakis said.

“Confronted with this unnecessary, petty initiative from Turkey, Greece is considering its response at all levels,” Mitsotakis said, in a reference to Hagia Sophia.

A Turkish court ruled last week that Hagia Sophia’s conversion to a museum in 1934 was unlawful. Declaring the building a mosque, Erdogan said prayers would be held there within two weeks, in a move that drew international criticism.

Relations between Greece and Turkey are often tense over Cyprus, divided between its Greek and Turkish Cypriot populations after an abortive Greek-inspired coup which triggered a Turkish invasion in 1974.

Moves by the island’s Greek Cypriot-led government to explore for offshore natural gas have been countered by Turkish attempts at gas exploration in the same areas.

“Europe should once and for all draft a specific list of actions, and sanctions against a country which seeks to be a regional troublemaker, and which is evolving into a threat to the stability of the whole south-east Mediterranean region,” Mitsotakis said.