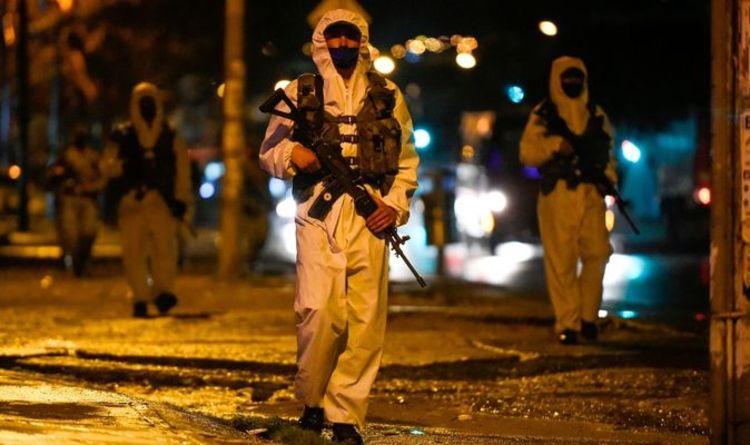 The cartels have been imposing their own strict coronavirus lockdown measures across Colombia for several months, with some locals banned from leaving their home for any reason. The measures imposed by the gangs are far stricter than those issues by the government. At least nine people have been assassinated in recent months for refusing to abide by the rules or for actively opposing them, Human Rights Watch has warned.

One man was killed last month for alerting local authorities that one armed group, known as ‘La Mafia’, were forcing residents to staff a health checkpoint in the south-western region of Putumayo.

The man, community leader Edison León Pérez, wrote: “I am not willing to continue sending my people to death.”

He was killed several days later.

Across the country, violent gangs are stopping people from leaving their homes for any reason – even when sick and in need of help, humanitarian workers reported. 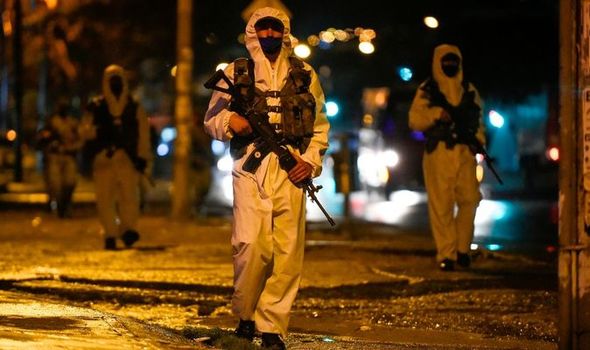 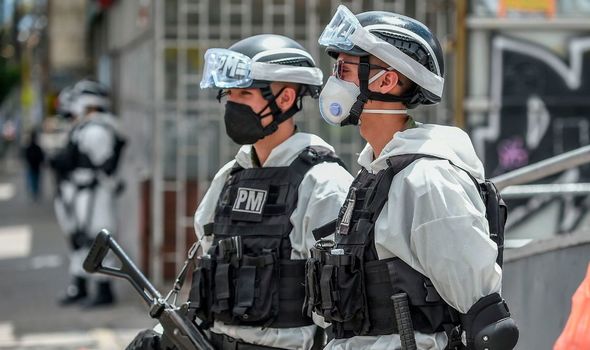 In two provinces, Cauca and Guaviare, armed groups have torched the motorcycles of those of those who ignored their restrictions.

One community leaders in Colombia’s southern Putumayo province said gangs have been threatening to kill locals who breach their lockdown rules.

They told the Guardian anonymously: “They have shut down transport between villages, and when someone is suspected to have COVID-19 they are told to leave the region or they will be killed.

“And people have no choice but to obey because they never see the government here.” 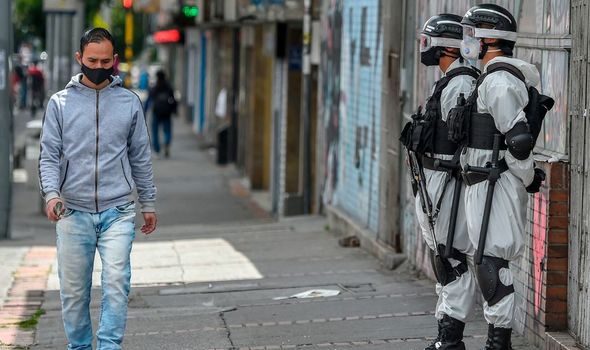 Other areas in Colombia have been prevented from earning money or getting food.

In Tumaco, an impoverished and violent port city on the Pacific coast, residents are banned by gangs from fishing, limiting their ability to earn money and food.

The area is also under a 5pm curfew, enforced by the gangs.

The government’s lockdown measures are nowhere near as strict, and with far more lenient consequences for rule breakers – but the state has a weak presence in many parts of Colombia. 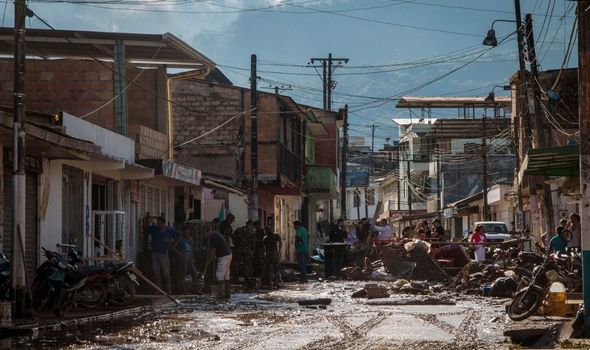 Jose Miguel Vivanco, Americas director for Human Rights Watch, said: “Draconian punishments imposed by armed groups to prevent the spread of COVID-19 mean that people in remote and impoverished communities across Colombia risk being attacked and even killed if they leave their homes.

“The government should urgently ramp up its efforts to protect these communities, ensuring they have adequate food and water, and protect their health from the effects of COVID-19.”

But he also said the gangs are acting out of fear of the virus itself. 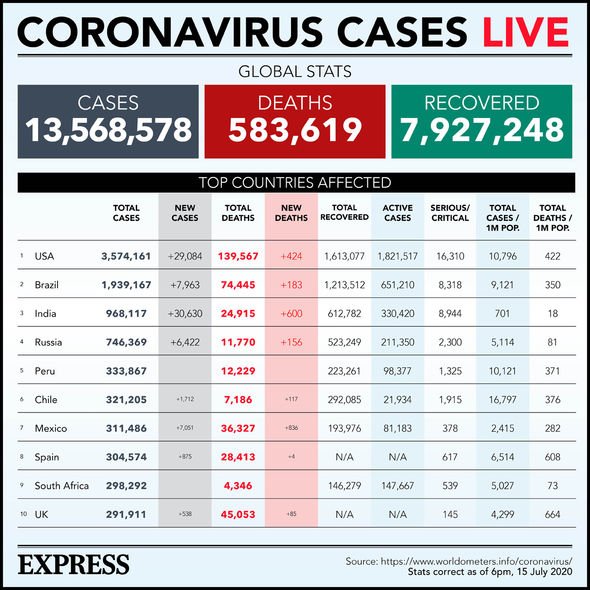 That is because many of the rural areas where the groups operate do not have hospitals equipped with ventilators to treat those who become several ill.

Mr Vivanco said: “There is a genuine fear of an outbreak within their ranks.”