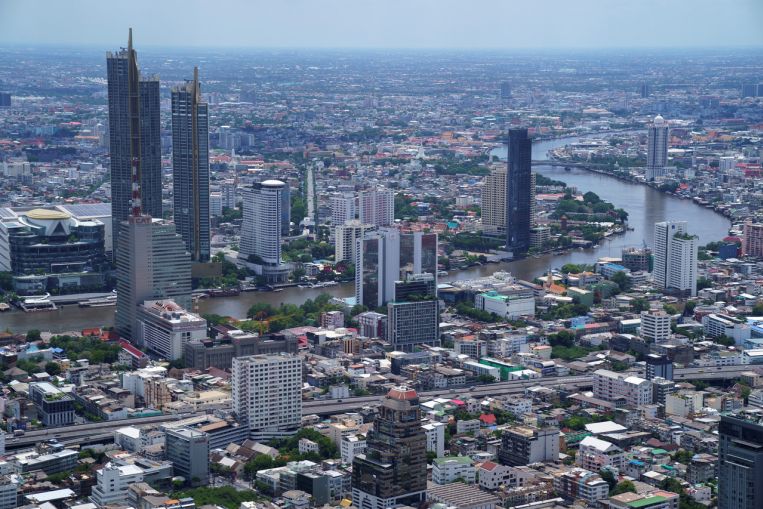 BANGKOK (BLOOMBERG) – Thailand is replacing the top two officials steering the economy through its worst crisis ever, injecting more uncertainty into the policy outlook.

At the Bank of Thailand, the search for a successor to Governor Veerathai Santiprabhob is entering the final stages, although the Cabinet changes could delay that process. Veerathai, 50, has declined to seek a new term when his current one ends in September.

The upheaval comes at a time of heightened uncertainty in the global economy and a slump in export- and tourism-reliant Thailand that’s among the worst in Asia. The finance minister and central bank governor helped shape a 1.9 trillion-baht (S$83.2 billion) stimulus package that’s meant to curb the economic fallout from the pandemic, and investors want to see those funds put to work.

“We are in a crucial time of transition from lockdown to resumption of business, so the continuation of key policies are very important to help the economy hit by the outbreak,” said Vasin Vanichvoranun, chairman of Kasikorn Asset Management Co in Bangkok. The sooner the replacements are found “the better”, he said.

Somkid Jatusripitak, who was deputy prime minister in charge of the economy, also resigned alongside Uttama last week, another blow to the government’s management team.

Prayuth is set to make his first Cabinet changes since his victory in last year’s disputed election. A former army chief, he led a military coup in 2014 and ruled as the head of a junta for five years before returning at the head of a multi-party coalition after the vote. Uttama was recently replaced as leader of the largest political party in the coalition.

The political shake-up couldn’t have come at a worse time for the economy. The central bank expects gross domestic product to shrink 8.1 per cent this year, the biggest decline on record and more dire than official forecasts for any other Asian nation. The central bank also is dealing with currency turmoil that’s undermining exports, and is examining new ways of supporting the economy as it runs out of conventional policy space.

After sharp gains since April, the baht has slid steadily this month amid weaker global sentiment. It’s down 2.6 per cent against the dollar since the beginning of July, the worst performer in Asia after Indonesia’s rupiah.

Baht weakness illustrates market worries about the pandemic and the political upheaval, with the uncertainty weighing on financial market, consumer and business sentiment, said Tim Leelahaphan, an economist at Standard Chartered Plc in Bangkok.

The finance minister post is a key one market participants are watching. Prayuth said last week he’s waiting to hear from potential successors he has approached – some of whom are “outsiders” without political backgrounds.

One of the candidates he approached is a well-known banker, who has emerged as the possible front-runner for the post.

Radhika Rao, an economist at DBS Group Holdings in Singapore, said the market is looking for “seasoned players” to take over.

“With the broad fiscal stimulus framework to fight the pandemic in place, the incoming finance minister will likely prioritise stabilising growth through higher government support and demand, as external sectors require global recovery to also get underway as well as international borders to reopen,” she said.

The new finance minister will pick the next central bank governor from a shortlist of candidates. A selection committee received six applications for the position, including from two current deputy governors.

The likely front-runner, according to media reports, is a current member of the bank’s Monetary Policy Committee.

Investors are heartened by the fact that the likely replacements are well-known and qualified, but expect the road ahead to be a difficult one.

“What the newcomers need to deal with are real tough jobs,” said Win Phromphaet, chief investment officer of Principal Asset Management in Bangkok. “The central bank has limited policy space and they will need to handle rising bad debts going forward, while the task of the finance minister, who will need to boost the economy after Covid-19, is also very difficult.”