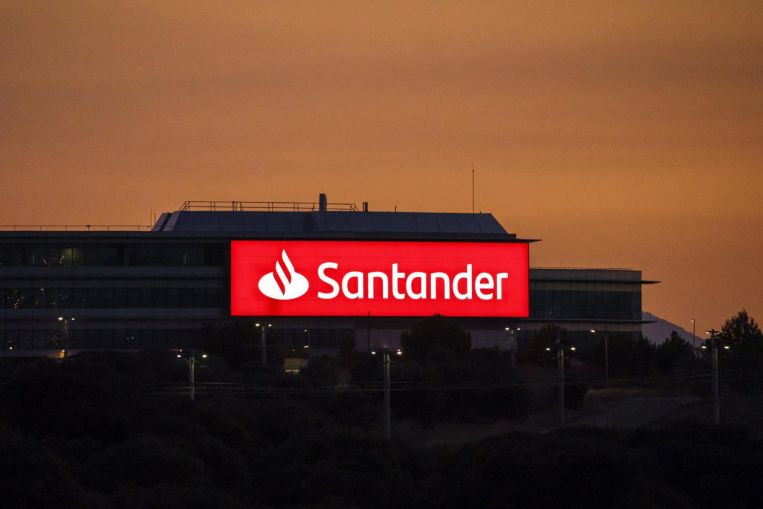 This drove Santander to a net loss of 11.1 billion euros for the second quarter after a deterioration of the economic outlook forced it to cut its goodwill on past acquisitions. That includes 10.1 billion euros related to lower expected cash flows at its units in the UK, the US, Poland and Santander Consumer Finance.

It’s the most important damage yet for a European bank from the pandemic which has forced lenders to set aside billions of euros to cover the costs of loans souring. Santander already had the highest provisions of any European bank even before the pandemic, due to its exposure to emerging markets such as Brazil and Mexico as well as its sub-prime auto loan business in the US.

The euro zone’s second-biggest bank by market value also said it had revised its ability to recover distributed tax assets, leading to a loss of 2.5 billion euros. Santander said the charge wouldn’t have any material effect on capital levels or cash flow. Santander expects costs to keep rising this year, reiterating expectations they’ll reach between 1.4 per cent and 1.5 per cent of its total loan book by year-end.

The lender held back 1.6 billion euros in the first quarter specifically for Covid 19-linked losses, pushing total provisions to a record 3.9 billion euros.

Excluding the extraordinary charges, underlying attributable profit fell 27 per cent to 1.53 billion euros in the second quarter compared with the same quarter in 2019.

Separately, Santander also said it was proposing the payment of a scrip dividend (payable in new shares) equivalent to 10 cents per share for 2019, to be paid this year.

The board intends to resume paying a full cash dividend as “soon as market conditions normalise, subject to regulatory approvals and guidance,” the bank said.

More than a decade after the financial crisis, Europe’s banking industry is once again facing the prospect of a surge in soured loans as companies from small-town restaurants to global airlines see business come to a standstill. Banks have been among the hardest hit in Europe’s recent stock market selloff, with shares down by about a third since the beginning of the month.