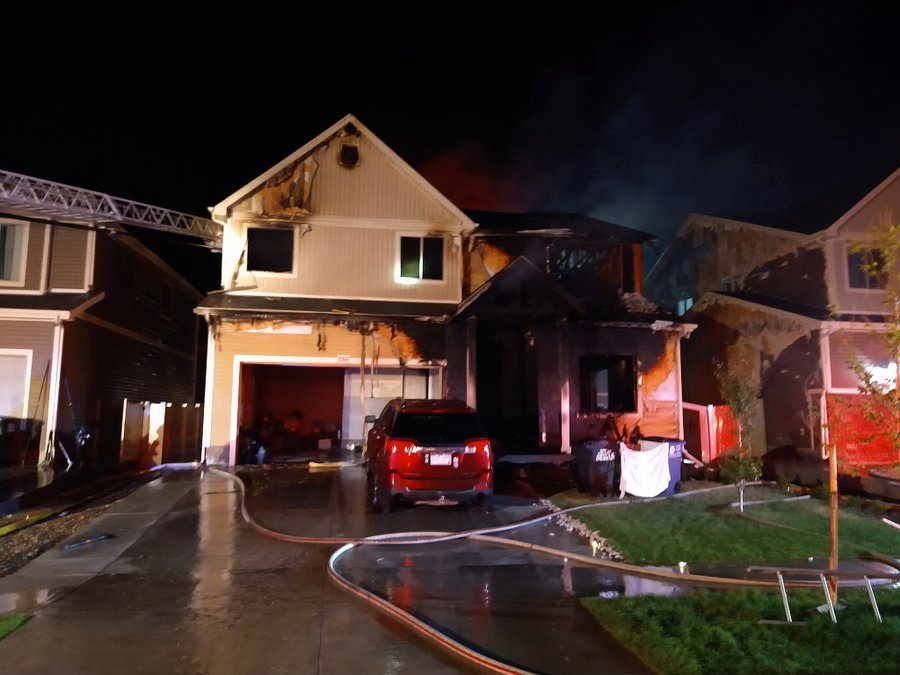 The day after five people from the same Senegalese family died in a Denver house fire, the president of their home country offered condolences on Twitter.

Republic of Senegal President Macky Sall tweeted that he was sad to hear about the deaths and offered well wishes to the three who escaped the fire by jumping from the second story of a house in Green Valley Ranch.

Denver police and fire investigators said they suspect the fire was intentionally set but have not offered a motive or explained why they so quickly reached that conclusion. Authorities have not released new information on the fire as of 1 p.m. Thursday.

In his tweet, Sall said he would be following the investigation.

“It is a very serious matter that we are following closely,” he wrote in French.

As word of the fatal fire spread through Colorado’s Senegalese immigrant community, dozens of people flocked to the Green Valley Ranch neighborhood to stand watch outside the house and comfort grieving family and friends.

The fire was spotted around 2:40 a.m. by a Denver police officer on patrol in the area noticed smoke. By the time, police and firefighters arrived the house at 312 N. Truckee St., was engulfed in flames. They were unable to rescue Djibril Diol, his wife, daughter, sister and niece.

Diol earned an engineering degree from Colorado State University and worked on the Interstate 70 project for Kiewit construction company. A GoFundMe website for the family has raised more than $72,000 so the bodies can be flown to Senegal for burial.

“Djiby a young man with a promising future in Civil Engineering has left behind a community that he so deeply loved and cared for. We are saddened by the loss of a loving Dad, a nurturing husband, and a caring brother to all of us,” the fundraising site says.