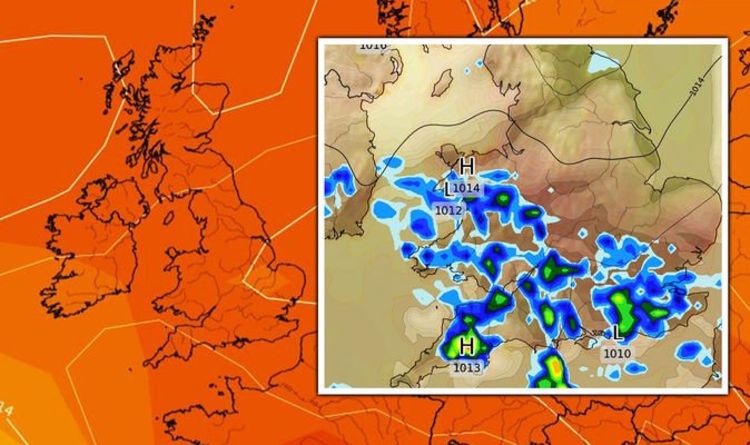 Most of Wednesday, August 11, is expected to be warm in continuing with temperatures of recent weeks.

There are low chances of rain predicted, with BBC Weather saying there is a six percent chance of downpours.

Most of the day should have uninterrupted sunshine until cloudy intervals begin showing into the evening.

Temperature highs today are expected to reach a balmy 31C. 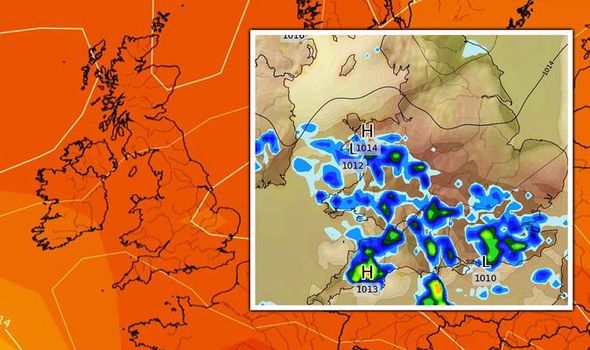 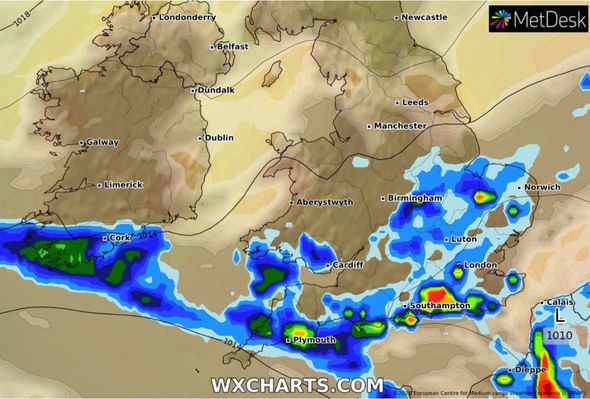 After 5pm, however, the chances of downpours become significantly higher, rising from 10 percent to 35 percent by midnight.

There could be thundery spells around 8pm, with more thunder forecasted to strike from 11pm onwards.

AccuWeather predicts that thunderstorms will hit the capital earlier, starting at around 6pm.

The likelihood of rainfall will also increase in the evening and into the night, most likely hitting after midnight. 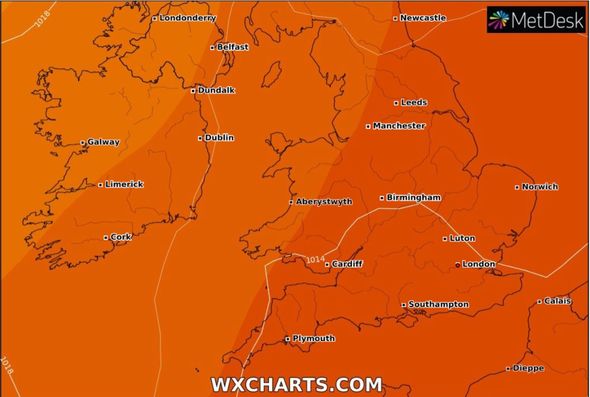 The weather on Thursday, August 13, is expected to be much more turbulent and unsettled.

For city dwellers struggling to cope with the tropical heat, tomorrow should offer some respite with lows of 21C predicted overnight.

The thundery weather from Wednesday is expected to continue overnight, however. 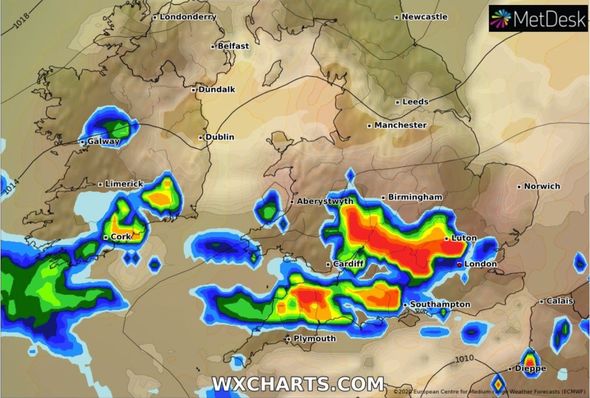 The rain, according to BBC Weather, is expect to slow down by 9am and make way for clearer, sunnier skies.

Thursday will see high temperatures peak at 28C in most parts of London.

Thunderstorms are forecasted to continue right the way throughout the rest of the day and into the evening.

AccuWeather predicts that storms will arrive around 3-4am on Thursday morning, with potential storms forecast to hit at 3pm and 6pm.

Temperatures will be even lower on Friday, August 14, with the high expected to be at 25C.

There is a moderate chance of downpours all day, ranging from 15 to 44 percent.

Thunderstorms and lightning are forecast for the afternoon, starting at 1pm and going through to 7pm.

Londoners should expect rainy spells throughout the day, with the downpours only expected to ease off shortly before midnight.