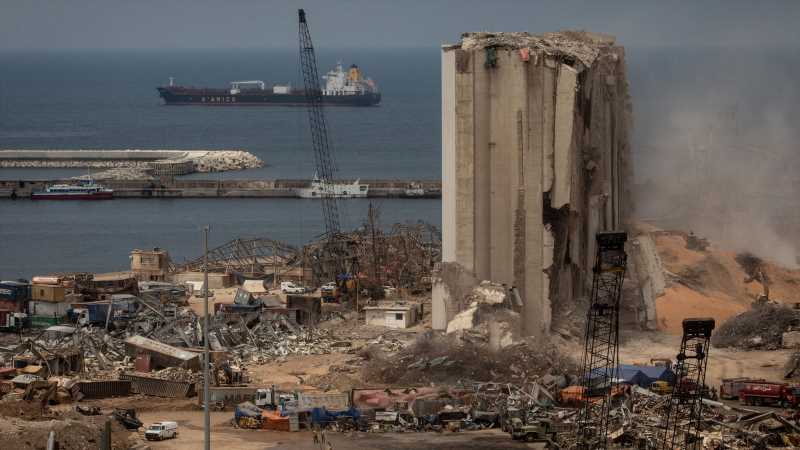 The number of people who died in a massive explosion in Beirut has increased to 178, with an estimated 6,000 people injured, the United Nations has said.

The blast has damaged at least 26 hospitals and clinics, 170,000 apartments and 120 schools attended by 50,000 students, according to a report by the UN Office for the Coordination of Humanitarian Affairs (OCHA).

Protesters are demanding that officials be held accountable after documents emerged showing the country’s leadership was aware of the risks posed by leaving 2,750 tonnes of ammonium nitrate unsecured for years in Beirut’s port.

It is still not known what sparked the fire that ignited the chemical and led to the explosion on 4 August.

An investigation by the Lebanese government has been met with scepticism, with many questioning whether a panel appointed along sectarian lines could ever be impartial.

Jad, a 38-year-old computer engineer, said: “They will blame the small guys while the ones who are really responsible will get away with their crime, that’s what will happen.”

The military has threatened to jail anyone who leaks information, another sign the probe may leave senior officials unscathed.

For many Lebanese, their greatest hope for credible answers about the blast may lie with French forensic police and FBI investigators.

Top US diplomat David Hale confirmed the FBI would join the Lebanese government’s investigation, urging change to “make sure something like this never happens again”.

French judicial police are onsite because one of their citizens was among the dead.

The country’s legal system gives jurisdiction for an investigation if a citizen dies abroad under questionable circumstances.

But the French team’s orders are confidential and they only work at the invitation of the Lebanese.

They said they have the access needed but would not confirm whether they can question witnesses or request documents.

They will hand over their findings to the Lebanese government but will keep a copy for a separate inquiry held in France.