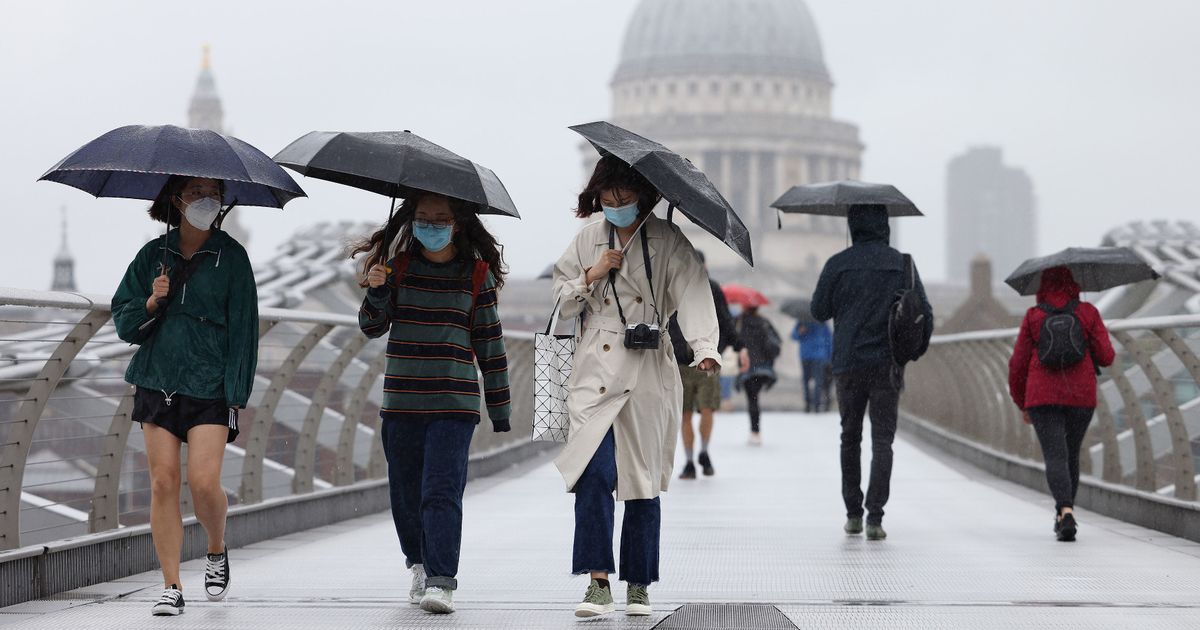 Brits should prepare for a swathe of strong winds expected to sweep over this weekend across the UK.

The unusually windy weather could bring in the potential for travel disruption and flooding.

Last night and this morning gusts of 70mph have been forecast to batter coastal areas – with the Met Office issuing a yellow weather warning covering the west of Britain and Northern Ireland.

After 4am this morning the warning has been replaced by a wider yellow warning of strong winds stretching across England, Wales and parts of Scotland and lasting until 6pm on Friday.

Gusts of 45 to 50mph are forecast for inland areas, reaching up to 60mph around coasts and hills.

The Met Office said strong winds could lead to some delays to road, rail, air and ferry transport and possibly some temporary power disruption.

Emergency services have urged the public to take extra care in the windy conditions, particularly along the coast where many people are enjoying August beach breaks.

Met Office meteorologist Emma Salter said it was “unusual” to have such stormy weather this time of year and emphasised its warnings were issued based on the potential impact of conditions.

She said: “If we had this set-up say in January or February we probably wouldn’t be issuing a warning, because 40, 50, 60 mphs on the coast isn’t going to do much damage.”

But she added: “This time of year, when the trees are in full leaf they can be uprooted a lot more easily.”

Ms Salter continued: “Corona aside, there’s a lot of holidaymakers out, people in tents, it’s the weekend, there’s going to be a lot of traffic on the road, a lot of people camping… that’s why we’ve got the warning out.”

Devon and Cornwall Police warned the public to be wary of “storm conditions” across their region, particularly on the coast where waves could reach up to nine feet high.

Shortly before midnight on Thursday, the Environment Agency had in place 42 flood alerts and 22 flood warnings, which urge people to take immediate action, largely along the south and south-west coastline of England.

It warned a combination of high spring tides, strong winds and large waves could cause property flooding.

Natural Resources Wales has issued seven flood warnings for the south-west of the country, and urged people to be “vigilant” on the coast due to strong winds and high waves.

Ms Salter said forecasters are generally expected “confused” weather on Friday with a mixture of “on-off sunshine and showers” across the country.

“The showers are going to blow through quite quickly, so wherever it starts raining it’s going to be like a short, sharp, heavens open downpour and then it will roll away quite quickly,” she said.