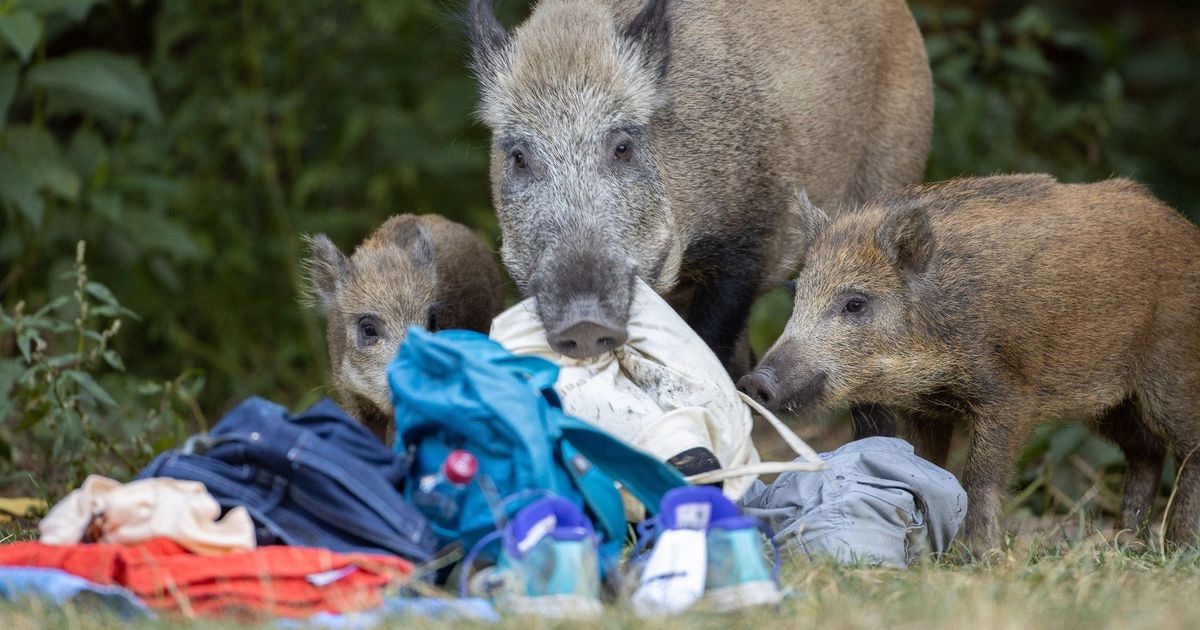 A wild boar that ran off with a nudist's laptop won't be shot.

Reports emerged this week that officials in Berlin have issued a death warrant for Elsa, the cheeky wild boar pictured snatching a nudist’s bag in a series of cheeky photos that went viral worldwide.

But a petition to save the animal has collected more than 13,000 signatures.

Grunewald district forestry office manager Katja Kammer told Berlin news site rbb24 that the sow should be "removed" because there were too many wild boars in the area.

The fearsome-looking animals have "have lost their normal timidity" around humans, she said, and could become aggressive or potentially spread diseases, such as swine fever.

But Grunewald forestry spokesman, Marc Franusch said that while 2,000 wild boars are shot in Berlin annually Elsa, being a female with two young piglets in tow, should automatically be protected.

However, he added, the biggest problem was that people had taken to feeding the boars with sandwiches and other picnic foods.

He said: "These are wild animals which deserve our respect and should not be fed."

Jeanine Pasteleurs, who launched the petition, told the BBC that Elsa isn’t aggressive and her escapade with the nudist’s bag was living proof.

She said: "She had the strength to gravely injure that man and, from the sow's point of view, every right to do so! But she didn’t!"

Quick-thinking actor and life coach Adele Landauer, who was was on the scene at Teufelssee, took a few photos of the unlikely pursuit.

She didn’t spare the hapless bag-owner’s blushes either – putting the pictures on Facebook and writing: "Nature strikes back!"

"He gave it everything", despite being stark naked, Adele wrote. "I showed the photos to the man, he had a good laugh and gave me permission to make them public.”