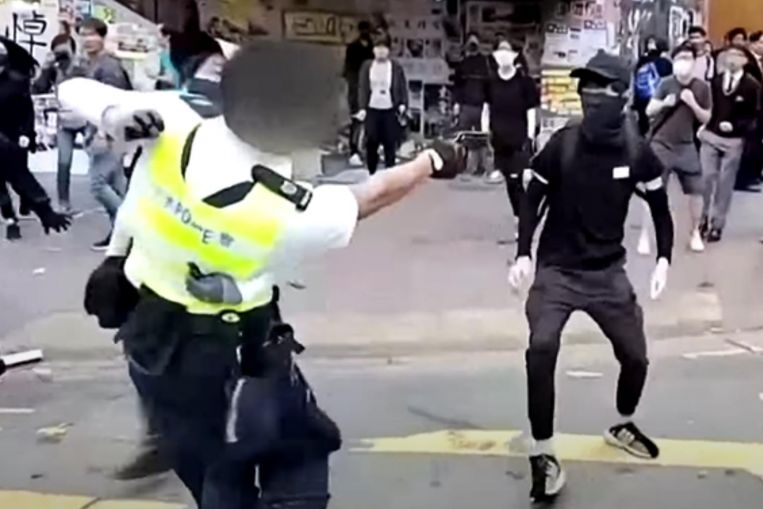 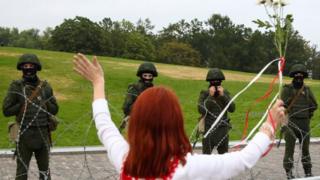 Police in Belarus have detained two senior opposition figures a day after more than 100,000 people rallied against President Alexander Lukashenko.

Olga Kovalkova and Sergei Dylevsky were picked up outside the Minsk Tractor Factory, where staff are involved in an anti-Lukashenko strike.

The pair are on a co-ordination council set up by exiled opposition leader Svetlana Tikhanovskaya.

She is in Lithuania, which is now in a diplomatic row with Belarus.

Lithuania’s foreign ministry says it summoned the Belarus ambassador on Monday to protest over a violation of its airspace. It alleges that a Belarusian military Mi-24 helicopter crossed the border on Sunday evening in order to burst eight balloons.

An image posted on Twitter shows a big red-and-white balloon – the colours of the flags paraded at opposition demonstrations.

According to the Belarusian defence ministry, the balloons were “anti-state symbols” and “thanks to the crews of Mi-24 helicopters the balloons’ flight was intercepted without recourse to weapons”. The “provocation” happened at about 19:30 (16:30 GMT) in Ashmyany district.

In solidarity with the Belarus opposition on Sunday people linked hands in Lithuania to form a human chain from the capital, Vilnius, to the Belarusian border.

Tensions remain high in Minsk, amid widespread anger over Mr Lukashenko’s landslide 9 August re-election, which the opposition and many governments denounced as fraudulent.

There is also fury over police brutality – many protesters accuse the police of unprovoked beatings and torture during the crackdown.

On Sunday, Mr Lukashenko was filmed in combat gear and carrying an assault rifle, praising his security forces near the presidential palace. He has denounced protesters as “rats” or “Nazis”.

The opposition now says a strike leader at a potash fertiliser plant, Anatoly Bokan, has also been detained.

Last week the chief prosecutor launched a criminal investigation into the 35-member co-ordination council, accusing it of trying to seize power. Several members of the council are reported to have resigned as a result. Not all council members are in Belarus. 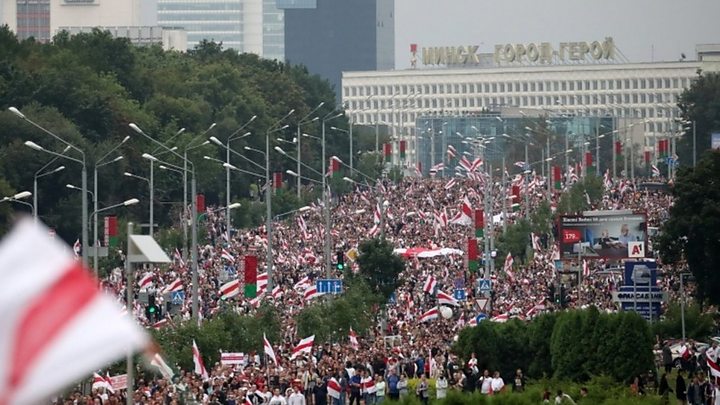 Where is Belarus? It has Russia – the former dominant power – to the east and Ukraine to the south. To the north and west lie EU and Nato members Latvia, Lithuania and Poland.

Why does it matter? Like Ukraine, this nation of 9.5 million is caught in rivalry between the West and Russia. President Lukashenko, an ally of Russia, has been referred to as “Europe’s last dictator”. He has been in power for 26 years, keeping much of the economy in state hands, and using censorship and police crackdowns against opponents.

What’s going on there? Now there is a huge opposition movement, demanding new, democratic leadership and economic reform. Mr Lukashenko’s supporters say his toughness has kept the country stable.