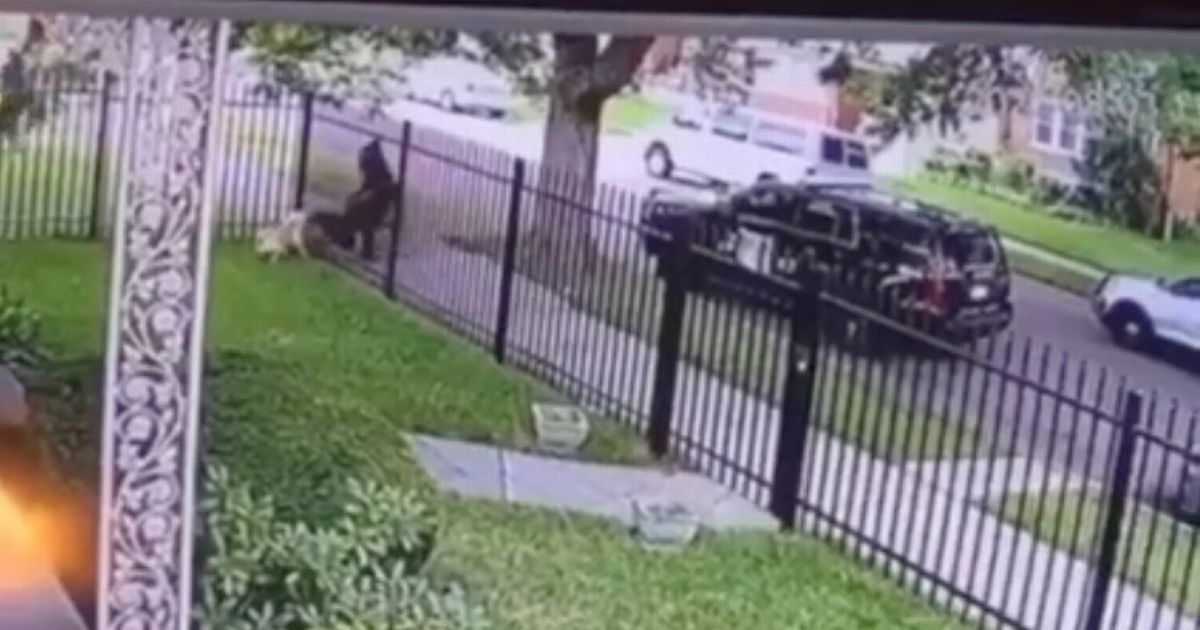 A pit bull has been filmed being fatally shot at point-blank range by a police officer who was walking with her own dog near the fence.

The grim video, recorded in a front garden in Detroit, Michigan, in the US, shows the moment the police officer kneels down and shoots the mutt in the face with his handgun.

In the upsetting clip, the white pit bull appears to have latched onto another dog through the metal bars of a fence.

One of the cops then kneels down and points her handgun in the pit bull's face.

The dog suddenly lets go of the other animal and rolls around on the floor, convulsing and twitching while the police officers watch. "At this point, it was a clear and present danger, her dog was being viciously harmed," Detroit Police Commander Darin Szilagyi told the Detroit Free Press.

He added: "It's unfortunate it came to this, we don't like to see any animal hurt."

The video, recorded on August 3, was uploaded on Facebook by The Animal Hope and Wellness Foundation on Thursday, who called for the officer to be punished. In the caption, the group writes: "The officer draws his gun, as the dog appeared to be latched on to his dog's muzzle or face through the fence.

"Instead of trying to separate them, he shoots the dog in the head.

"The officer responsible for the act needs to be held accountable."

Since it was shared, the video has been watched more than 300,000 times and many other dog lovers echoed the group's concerns and called the shooting "cruel".

It's legal to keep pit bull dogs in the US in many places, including Detroit, but other local authorities in Michigan have banned the controversial pooches outright.

Because of a history of selective breeding as fighting dogs – before the cruel sport was outlawed – pit bull pooches have high pain tolerance and a strong jaw which delivers a nasty bite.

They also have a tendency to shake their heads as they bite, ripping apart muscle.

This comes after a family was hit by tragedy when their "jealous" Labrador retrieved mauled newborn twins to death.