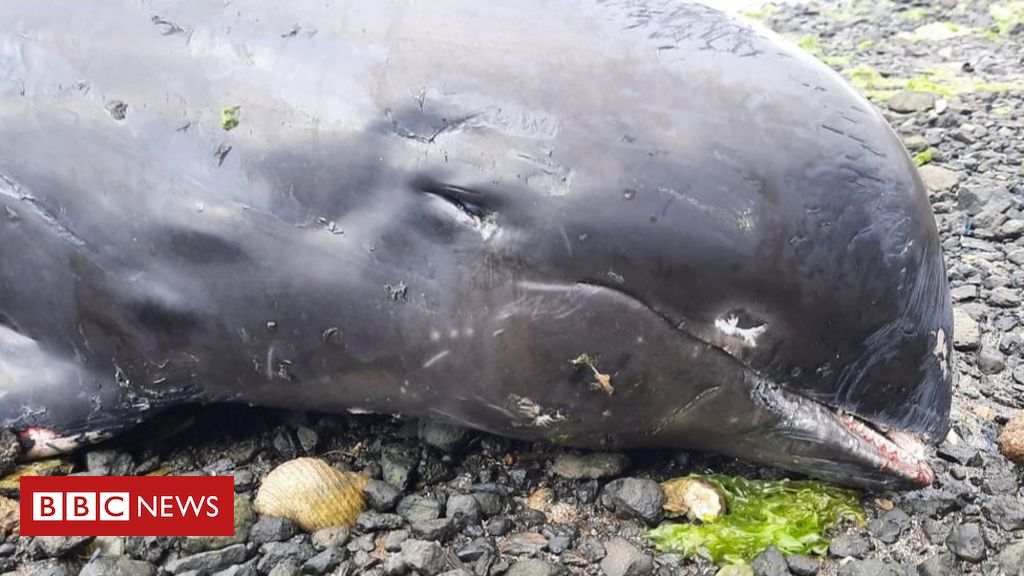 At least 17 dead dolphins have been found on the coast of Mauritius, prompting debates about whether a recent oil spill was to blame.

Environmental campaigners say the deaths were either caused by the oil spill from a Japanese-owned ship or by authorities sinking part of the vessel.

But the fisheries minister said “at first glance” the deaths appeared to be unconnected to the spill.

He said at least two of the dolphins had shark bites.

The carcasses are currently undergoing a post-mortem.

It is rare for so many dead dolphins to be found at the same time. Two were found in May 2019.

These are the first reported deaths of dolphins since the shipwreck. Up to now, many fish and crabs have been found dead.

The sight of the dolphins caused anger among residents. 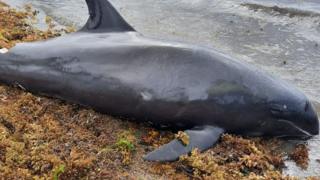 “Waking up this morning to witness so many dead dolphins on our seashore is worse than a nightmare,” resident Nitin Jeeha told the BBC.

“I have seen around eight to 10 dead dolphins. Are there more in the lagoon?”

Although many of the dolphins were found dead, some were discovered weak or dying on the shore.

Was the oil spill to blame?

Environmental activists told the BBC they thought so.

The MV Wakashio ran aground on coral reef on 25 July at Pointe d’Esny, a known sanctuary for rare wildlife.

The area contains wetlands designated as a site of international importance by the Ramsar convention on wetlands.

“In my opinion, this situation will continue to deteriorate as time goes on,” he was quoted by local media as saying.

Environmentalist Sunil Dowarkasing said either the oil spill from the bulk carrier or the sinking of its bow last week caused the deaths.

“The scuttling probably disturbed marine mammals in their natural habitat. There will be after-effects, and this is just the beginning,” Mr Dowarkasing added.

Greenpeace Africa has warned that “thousands” of animal species are “at risk of drowning in a sea of pollution, with dire consequences for Mauritius’s economy, food security and health”.

But Sudheer Maudhoo, the nation’s fisheries minister, said initial tests on the dolphins indicated that there was no link between the oil spill and their deaths.

He noted that there were shark bites on at least two of the mammals but further tests would be needed to identify the cause. 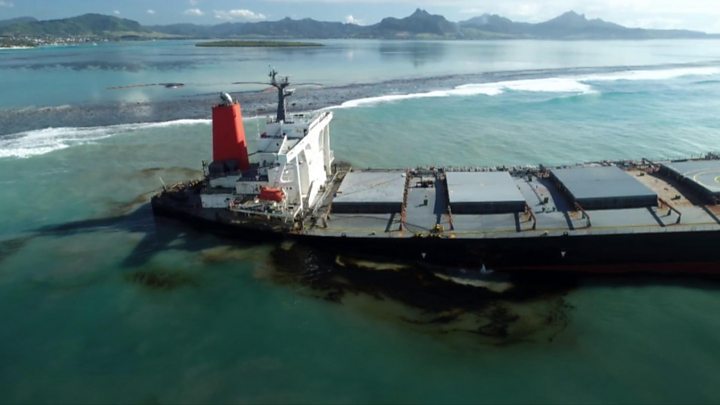