Showers and longer spells of rain will continue in large parts of Britain this week. The UK has been ravaged by severe storms lately, and in less than a week both Storm Ellen and Storm Francis smashed into the British Isles. The Atlantic cyclones brought wind gusts of up to 80mph to the British shores.

On Thursday, weather maps are showing lightning storms will strike parts of southern England and Wales.

The thunderstorms will move inland from the west from 11am today.

According to Windy.com, lightning will linger over south and south east England, including London, until approximately midnight.

However, the thundery clouds will return on Friday, with large parts of south and east England battered by the lightning storms. 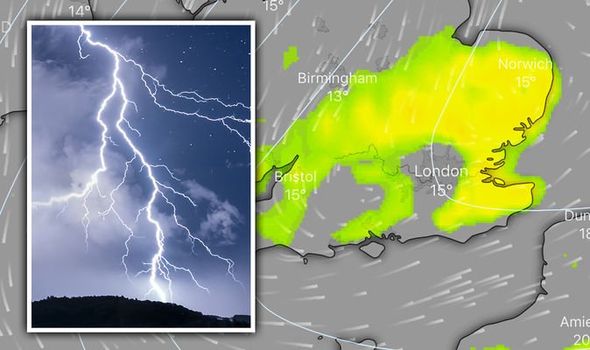 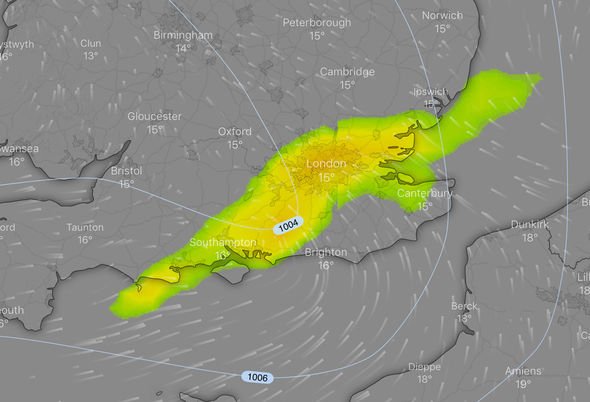 Due to the current storms Ellen and Francis, flood alerts also remain in place in some areas in the north.

At the moment, England’s Environment Agency has nine alerts in place, including for Lower River Nidd, River Churnet and River Tean.

As the nation enters the bank holiday weekend, showers and strong winds will ease in the east on Saturday. 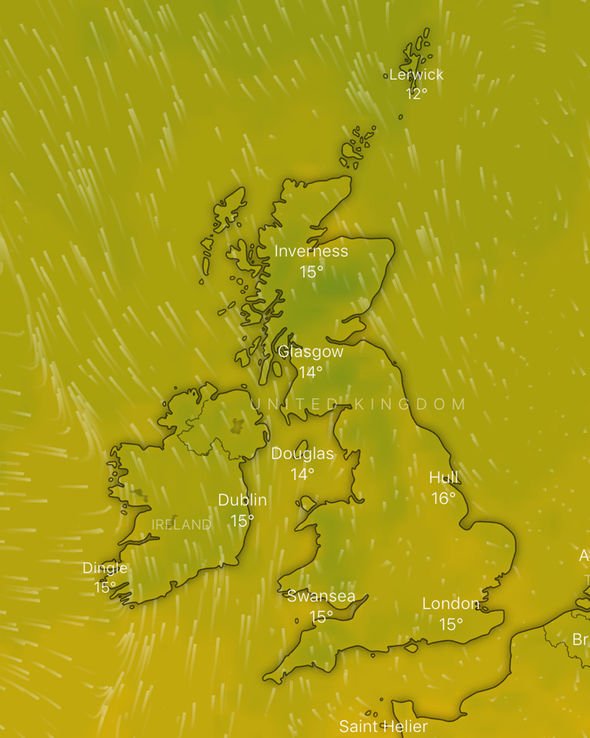 For most, it will remain fine and dry with plenty of sunshine.

However, the weather will slowly start turning cooler, with the Met Office warning of “some notable chilly nights”.

In its long-range forecast for Monday, August 31 to Wednesday, September 9, temperatures will start to cool.

The forecast reads: “A largely dry day for most on Monday with warm sunny spells at times.

“Generally light to moderate winds, but perhaps turning cloudier and breezier from the west later with possibly some outbreaks of rain reaching the far west in the evening.

“Looking further ahead into next week, overall conditions look to turn more unsettled with spells of rain and strong winds, most likely across southern areas.

“It should become drier and less windy throughout the period, though there is a risk of further outbreaks of rain arriving in the far west later on.

“Temperatures should generally be slightly cooler than normal early on, with a risk of overnight frost, before gradually climbing back up towards average.” 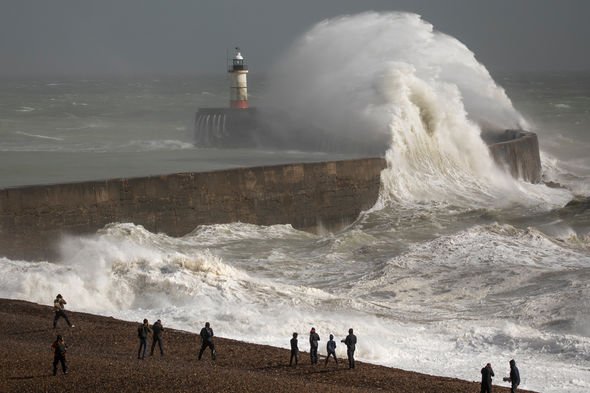 Looking further ahead, the Met Office says there could be a north-south divide in the forecast.

In the forecast for September 10 to September 24, the weather agency writes: “While confidence is low for this period, it likely that the south will see the best of the drier and warmer conditions whilst northern areas, in particular the northwest, will continue to see more unsettled weather.

“However, it is possible for unsettled conditions to spread across all areas at times and similarly for drier spells to become more widespread over the UK.

“Temperatures should be around or slightly above the average, with potential for some warmer spells, especially in southern and eastern areas.”