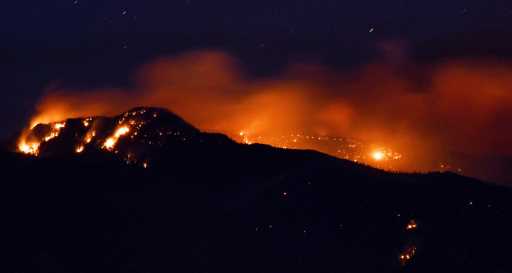 Air quality on the Front Range has improved even though wildfires continue burning and it will continue Friday due to cooler weather and thunderstorms.

The Colorado Department of Public Health rated the air quality Friday for metro Denver in the “good” to “moderate” range for ozone concentration — a far cry from the warnings issued earlier this week warning that even the healthy residents should stay indoors.

Meanwhile, containment continues to tick up on the state’s two largest wildfires — the Pine Gulch fire outside Grand Junction and Grizzly Creek in Glenwood Springs.

As a result, Garfield County removed pre-evacuation status for all residents west of Colorado 139 to the Utah border, and Bureau of Land Management closures have been reduced, officials said.

Most of the fire activity Thursday came from interior burning that “posed no threat to containment lines,” officials said. That trend is expected to continue Friday, with low chances of spread outside the fire perimeter.

Containment on the fire came from all sides, officials said.

As containment grows, resources dedicated to the Pine Gulch fire will be demobilized so they can be sent other fires where they can be better utilized, officials said.

“A nighttime operational period is no longer necessary on the Pine Gulch Fire,” officials said. “All future work will be performed during daytime hours.”

Friday’s forecast brings chances of thunderstorms starting at noon, with wind gusts up to 40 miles per hour. Any rainfall brings the chance of flash flooding and debris flow.

Fire crews made additional progress on the Grizzly Creek fire overnight Thursday, with containment rising to 68% from 61% on the wildfire burning 32,408 acres, or 51 square miles, near Glenwood Springs.

Crews continue to focus on the two biggest challenges with this wildfire: the No Name and Grizzly Creek drainages on the northwest portion of the fire, as well as the southern edge near Green Lake, officials said.

Cooler temperatures and lower relative humidity have decreased fire activity in recent days, and the trend is expected to continue over the weekend.

Possible rain over the weekend would aid in suppression efforts but officials are concerned that it would bring higher risk of flooding and debris flow.

“We’re focusing on the economic and social impacts the fire has had and trying to help this community get back to normal life,” Incident Commander Norm McDonald said in the news release.

Information will be added when officials update the fire’s status.

Fire activity and growth remains moderate Thursday, as crews worked on the southwest portion of the fire, officials said. Crews expect to achieve containment of this area of the wildfire in the next several days, officials said.

Firefighters continue to work on containment measures west of Fraser and south of Tabernash.

Rain and thunderstorms are possible Friday, though dry condition are expected Saturday into next week.

There have been evacuations ordered for the Fraser Valley, while the a large swath of road, trails and campgrounds remains closed west of Winter Park and Fraser.