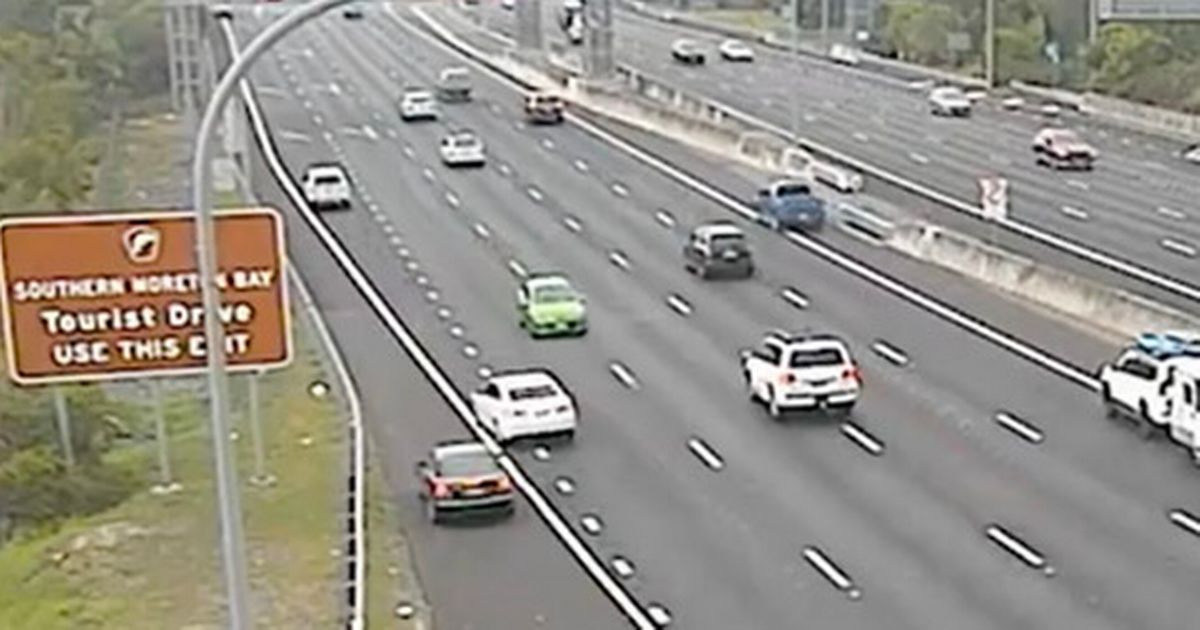 Shocking footage has shown a drunk woman driving against oncoming traffic on the wrong side of a motorway.

Mum-of-two Kerrie Dunstan was more than four times over the legal alcohol limit when she drove down the major highway for two kilometres in Brisbane, Australia.

Dramatic CCTV shows her driving up the wrong slip road before joining the busy Gateway Motorway against oncoming traffic.

Cars veer out the way to avoid a serious accident as her green vehicle continues its journey.

The 47-year-old subsequently registered a blood-alcohol reading of 0.214%, with the legal limit in Australia being 0.05%.

She was charged with not having proper control of a vehicle and driving under the influence.

Dunstan was convicted and sentenced to six months imprisonment, suspended for 12 months, and was disqualified from driving for two years.

A spokesperson said: “Over 40% of fatalities in 2019 involved a drink or drug-affected driver.

“This one could have ended in disaster.”

Incredibly, it is not the first time people have been filmed driving the wrong way down a road.

Last year, a car was spotted heading up the A38 in Plymouth on the wrong side.

A drink-driving pensioner also found himself driving into oncoming traffic along the M6 in July, 2019.

David Haughton, 75, was jailed for his horrific driving and banned from the road for two years.

In video of the incident, a driver was seen taking evasive action to swerve out the way of the pensioner.