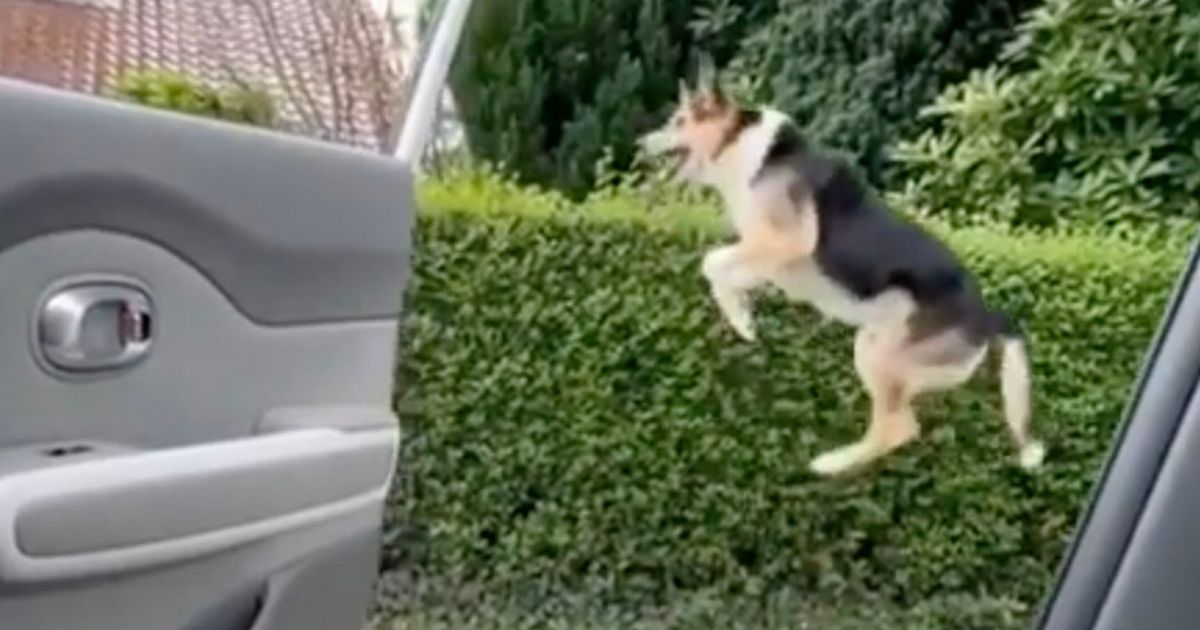 A clever dog has brightened up viewers' day by taking on the viral "Friday dance" – and smashed it out of the park.

Henry the Border Collie took up the dance challenge and showed off some serious jumping skills to his fans on Instagram.

The clip, which has more than 3,000 views, shows the eight-year-old pooch getting out of a moving car and jumping as the song "Push The Feeling On" plays in the background.

Thousands have attempted the dance over the past few months, with one influencer even racking up 1 million followers for his near-daily posts of the moves.

But Henry gives them all a run for their money, performing a series of high jumps and walks on his hind legs outside his home in Stavanger, Norway.

Henry sticks his tongue out and wags his tail in excitement as the upbeat music continues.

She said: "Henry is a jumper and a dancer. He’s been jumping since he was a puppy.

"When he is happy he will jump! And he is always happy!

"We decided to make a video of him so people can see the joy and happiness we are so lucky to have in our life every day."

Line also revealed how she makes Henry jump "on demand".

"So I added a command to his jumping," she told this site.

"In this video, I’m in front of him with a ball and some treats in my hand. And this is enough for Henry to start jumping!"

Henry likes to jump all the time and sometimes can reach higher than Line, who is 5ft 3ins tall.

Line added: "He is the most loving, sweetest dog in the world! He is kind to everyone! And he just loves children."