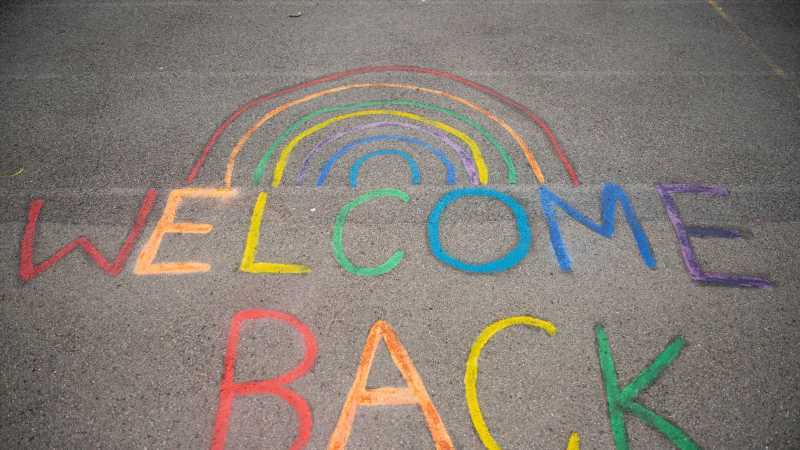 The education secretary has warned that parents who do not send their children school risk putting a “huge dent in their future life chances”.

In an open letter to parents, Gavin Williamson writes there is a “far greater risk to children’s health and wellbeing if they don’t go to school”.

The comments come two days before millions of pupils in England return to the classroom and amid criticism from teachers and Tory MPs of the government’s handling of education during the coronavirus pandemic.

One former Conservative minister told Sky News the response had been a “mess” with a series of U-turns that were “wholly avoidable”.

“There is no enthusiasm about going back to parliament… some of us spend our time gambling on how long before the next U-turn happens”, said the senior Tory MP.

Teachers and union leaders rounded on the Department for Education on Saturday for issuing new guidance on schools days before pupils were due to return.

Officials are confident that a vast majority of schools in England will be open on Tuesday though, saying they are in a far better place than June when an initial attempt to restart education stalled.

But a poll published by Opinium shows shrinking public support for the government’s handling of the crisis.

Out of 2002 people surveyed, 47% said they disapproved of the way ministers had dealt with the pandemic, compared to 31% who approved.

One Conservative peer said U-turns and the mishandling of education matters were causing a “steady deterioration” in the polls and that a “relaunch” was now needed.

Senior Conservative MP and Brexiteer Charles Walker also lashed out at the prime minister, telling the Observer “it is becoming increasingly difficult for backbenchers now to promote and defend government policy as so often that policy is changed or abandoned without notice”.

He predicted a “busy and workman-like” first week when backbenchers return to Westminster on Tuesday.