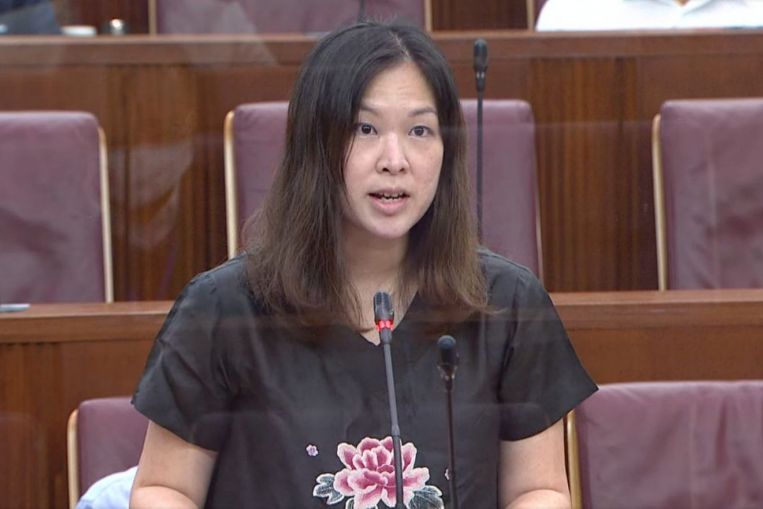 SINGAPORE – There is an urgent need to tackle the perceptions of elitism and lack of social mobility, which are real dangers facing Singapore, despite the raft of programmes and schemes to tackle the issues, said Ms He Ting Ru (Sengkang GRC).

In a wide-ranging maiden speech during the debate on the President’s Address in Parliament on Wednesday (Sept 2), the Workers’ Party MP said one solution could be to encourage more university students and professionals to speak to and mentor the younger generation from disadvantaged backgrounds.

These mentors can be available to encourage students, discuss their concerns and guide them through the recruitment or application process, said Ms He, a Cambridge-educated lawyer.

She said: “When I worked with my university’s access schemes to encourage students from disadvantaged backgrounds to apply to top universities, we found that it was often a lack of belief and confidence that held many of these students back.

“Often, they showed great potential, but it would never cross their minds to even put in an application, as they felt they stood no chance.”

This perception can even persist for students who applied and succeeded, Ms He added. She cited the case of a volunteer she had met, who came from an underprivileged background. She said: “After obtaining a polytechnic diploma, he was successful in gaining a place to read law at one of our local universities and was about to start a training contract with a prestigious firm.

“When asked if he was a sterling example of our meritocracy, he replied firmly that he was an example, instead, of tokenism.”

Ms He said it is a good start that Singapore is now recognising the limits and even the failures of meritocracy, similar to what is happening in other developed economies.

“We must not let blind reliance on what meritocracy can achieve turn us into a harsh and unforgiving society where the vulnerable are blamed for their plight, for not being hardworking or talented enough to strive for a better life for themselves and their families,” she said.

In her speech, Ms He also spoke on the importance of sustainability, adding that this goes beyond climate change and environmental issues. She said Singapore must also ensure it remains socially, economically and demographically sustainable.

Environmental sustainability does not just mean costs and compliance, but can also offer new opportunities for developing expertise in sustainable supply chains that can be exported to other economies in the region, she said.

Green financing and technology should be made more accessible to small and medium-sized enterprises, Ms He said, and awareness of green issues should be instilled in Singaporeans from a young age.

She also called on the authorities to measure unpaid care and domestic work to make such work more visible, and better understand if policies aimed at helping caregivers are effective.

“Such an approach immediately recognises this work as being of tremendous value to our society, and will be a first step in changing how we think about such work and in understanding the profile of these workers,” she said.

“Having better visibility and measures of unpaid work also means that it is easier for our policies to pay more attention to inequality,” she added.

Ms He said one way to do this would be to conduct time-use surveys, which are a key part of national statistics systems in Europe and the United States, as well as some regional countries like South Korea, Australia, New Zealand and Japan.

Singapore does not currently conduct such surveys, she added.