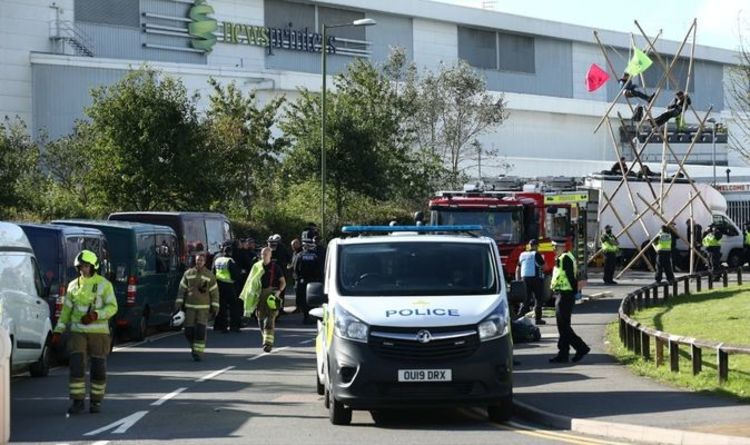 The Scottish government provoked laughter and ridicule on Saturday when they made the wild claim that they would build the biggest Navy in Europe should Scotland vote for independence.

SNP leaders have been ignoring severe domestic issues such as the state of the Scottish education system and the response to the ongoing coronavirus pandemic in recent weeks to focus instead on their seemingly endless desire to demand independence.

And while financial and economic experts have unanimously slammed SNP dreams to break Scotland away from the rest of the UK without any idea of how to raise funding for a newly independent nation, a new laugh was had at the expense of Nicola Sturgeon and her single minded ministers on Saturday.

SNP Spokesperson for Defence, Stewart McDonald, sparked ridicule when he declared in the UK Defence Journal: “It is most important to understand from the outset that an independent Scotland will be no ‘Little Britain’ – this is as true for the Armed Forces as it is for everything else.

“We have spent a lot of time since 2014 getting to know these better, along with undertaking a detailed risk assessment that will provide a clear logic flow in support of the optimum solution for Scotland.

“While I’m not going to give anything away on that front, it seems uncontroversial to say that Scotland is – and will long be – a maritime nation.

“With a sea area of around 470,000km² and around 60% of current UK waters, Scotland has a longer coastline than France and would have the fourth largest core waters of any European state.

“It makes sense for our Armed Forces to reflect this and be structured in a way that protects our external borders, our natural assets and our sovereignty.”

But plans to build a navy bigger than that of “France or any other European state” were scoffed at due to the fact the SNP have overseen one of the most disastrous ship building projects in history.

The farcical government has spent at least £97 million of public money on the building of two ferries that have been under construction since 2016 – with the first originally due to be completed in 2019 which, although launched in 2017, is currently in dry dock with a dubious 2022 completion date that has a reported 80% likelihood.

The SNP were slammed on Saturday over their plans to create a Naval fleet when they appear incapable of overseeing the creation of two simple car ferries.

Conservative MP Michelle Ballantyne laughed on Twitter: “Only the SNP would fail at building two ferries then brag about building a navy.”

Another Twitter critic blasted: “The SNP Defence Sec @Stuart_McDonald has claimed an independent Scotland's navy will be the largest in Europe. An ambitious target to announce when they struggle to get two ferries built, one launched unfinished in 2017 and now rusting in the dock still with painted on windows.”

While another howled: “The SNP can’t even build two itty bitty ferries never mind a navy!”

There is growing anger among Scots over the SNP government’s obsession with independence – with the party tabling a bill for a second referendum while issues such as education and public health were left to fall by the wayside north of the border.

First Minister Nicola Sturgeon has been slammed by many for focusing on independence when Scotland’s record on dealing with the coronavirus pandemic has been called in to question.

While other issues including education – which has fallen in global standards since the SNP came to power in Scotland – have been sidelined in pursuit of the divisive issue of independence despite the "once in a lifetime" 2014 poll leading to a decisive vote to remain part of the UK.