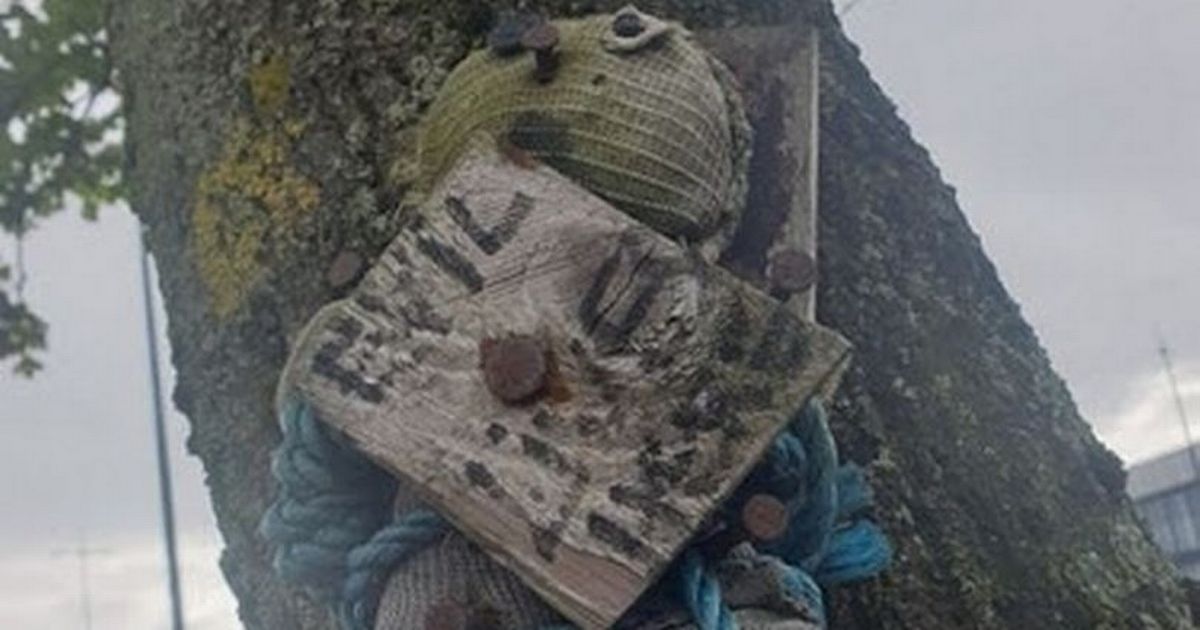 A neighbourhood has been spooked after the discovery of a weird "voodoo doll" nailed to a tree close to a busy road junction.

The doll is tied by a rope on to a small piece of wood, and is covered by a sign which reads "Evil live here", pinned up by a rusty nail like a stake through the figure's heart in Liverpool.

It was first spotted by Old Swan resident Dawn Hall, who passes the sign regularly on her way to work.

"It's baffling everybody," she told the Liverpool Echo.

"I've lived here 15 years and never seen anything like that before. She added: "It looks like it's been there for a while. The nails are all rusted.

"It blends in with the tree and it really is scary.

"Now I've taken pictures of it, I feel spooked and wondering, am I cursed now?

"It's been put on social media and everyone's baffled in the Swan about it." The creepy hand-made toy somewhat resembles a voodoo doll, an effigy used in some cultural traditions to magically inflict pain on someone from a distance.

One possible theory is that the bizarre doll and its threatening message could be a reference to the discovery of a mass grave in nearby St Oswald's Street.

A total of 3,561 bodies, found in coffins piled 16 deep, were unearthed by council workmen in 1973, and were subsequently cremated. It was a popular local rumour that many of the dead bodies were discovered with holes in their chests, as if a stake had been driven into them – just like the doll and its eerie message.

Why the bodies were buried there, however, remains a mystery to this day.