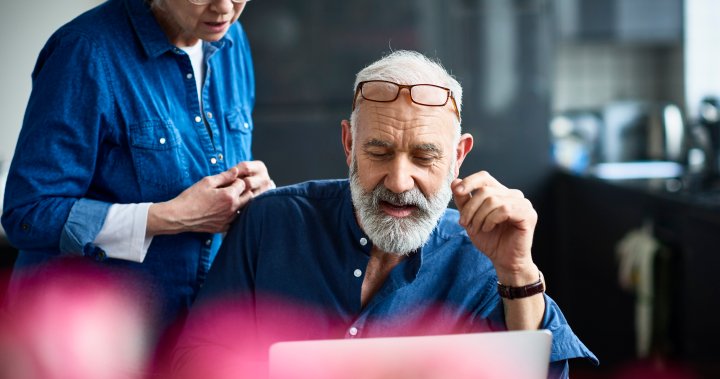 It took EQ Bank nearly two years to grow from $2 billion to $3 billion in deposits. But just in the past three months, the online platform of Equitable Bank soared past the $4-billion mark.

About 60 per cent of that increase was due to the novel coronavirus pandemic, estimates Mahima Poddar, senior vice president of strategy and digital banking at Equitable Bank.

There are probably a number of factors at play, she says.

For one, as the economy tanked and jobs disappeared, many rushed to build up or beef up their rainy-day savings. But for another, confined at home by the lockdowns, they also had more time to research where to put that emergency money.

With an interest rate of 1.7 per cent — among the most competitive in Canada — EQ Bank’s Savings Plus Account “is popping up to the top of the list or it’s being recommended by a lot of industry experts,” Poddar says.

It helped that many Canadians working from home found they were spending less and saving more, while others used emergency government benefits or mortgage deferrals to ramp up their emergency funds. While the number of account holders rose, the average size of deposits also went up, Poddar says.

Volatility in the financial markets likely also prompted some savers to choose low-risk options such as high-interest savings accounts, she adds.

Many other online financial services providers are seeing a similar shift.

In July, Wealthsimple told Global News it had experienced a 24 per cent increase in new clients since the onset of the health emergency, while WealthBar said its client base has grown by 10 per cent over the same period.

At PolicyMe, where Canadians can compare life insurance quotes, Andrew Ostro says online insurance applications are up 300 per cent since February.

Some of that skyrocketing growth is due to the fact his company is a start-up that was already expanding quickly. But Ostro, who is CEO and co-founder at PolicyMe, reckons around half of it is attributable to the pandemic.

On one hand, COVID-19 likely got Canadians to think more about their mortality and what would happen to their family if they passed away, Ostro says. Widespread job losses also meant many workers suddenly found themselves without group life insurance provided by employers, he adds.

This created an unusual sense of urgency about getting life insurance coverage, a decision many people are prone to put off, Ostro says.

“If you drive a car, you need immediately to buy an auto policy,” he says. “With life insurance, the need is there but not all that obvious.”

On the other hand, the pandemic seems to have accelerated the trend of consumers going online to hunt around for the best deal, Ostro says.

When it comes to life insurance, comparison shopping can make even more for a difference than for other insurance products, Ostro says.

“The decision you make can increase your price by 10 times depending on whether you got permanent or term (life insurance) and the amount of coverage,” he says.

Permanent life insurance — often called whole life insurance — provides life-long coverage, with your beneficiaries getting the money after you die. Term life insurance covers you for a set period of time and payout and can be an affordable way for young families to ensure the mortgages and kids’ educations are paid for if the breadwinner dies prematurely.

And obviously, being able to sign up for things like bank accounts and insurance policies without having to leave the house or meet anyone in person is another factor that’s been sending business toward online platforms, says Alyssa Furtado, co-CEO and co-founder of financial products comparisons site Ratehub.ca.

Furtado recalls driving from Toronto to Kingston, Ont., during the lockdown to one of her bank’s few open branches, only to find it lined up around the corner.

At EQ Bank, customers can usually set up even the new Joint Savings Plus Account, which allows up to four users sharing a single account, without a visit to a brick and mortar location, Poddar says. (In very rare cases, clients may be asked to bring a digital code to any nearby Canada Post location to confirm their identity, according to Poddar.)

And at PolicyMe, Ostro says life insurance companies these days rarely ask for urine and blood tests if your coverage is less than $2 million and you’re under 50 years of age.

Ratehub.ca, which allows Canadians to compare both savings accounts and insurance quotes online, says the number of unique visitors using the site for those two product categories was up by 39 per cent and 58 per cent respectively in August compared to the same month last year.

But the biggest lift in traffic for Ratehub.ca has come from mortgage products, where the company has seen a 62 per cent increase in users year-over-year.

Low mortgage rates and the quick rebound in the housing market certainly contributed to the trend, Furtado says.

But some of it is what Furtado calls “channel shifting.” People, she says, “are moving online.”