Startling images from Oregon this week show otherworldly red-orange skies hanging over parts of the state, where devastating wildfires have destroyed hundreds of homes and driven thousands of people from their communities.

The state is now under a state of emergency and fires are burning over 1,300 square kilometres amid extremely hot and windy weather that is only making the problem worse.

Gov. Kate Brown says at least five towns have been destroyed, none of the fires are contained and there is no weather relief in the forecast.

“This could be the greatest loss of human lives and property due to wildfire in our state’s history,” she said Wednesday.

Social media users are drawing parallels between the wildfires in Oregon and Hollywood films set on Mars, as footage from the state reveals the weather-changing devastation wrought by the flames.

Several people in Salem, the state’s capital, shared photos and videos of the red sky on Tuesday morning.

Many users shared photos from the fire alongside still images from Blade Runner 2049, the dystopian sci-fi film by Canadian director Denis Villeneuve. The latter half of the film is set on the dusty, windswept surface of the Red Planet.

“Crazy how Oregon is literally Blade Runner 2049,” one user wrote on Wednesday, in a tweet featuring stills from the movie and actual photos from Salem, Ore.

The fires have hit at an already turbulent moment in Oregon. The state’s largest city, Portland, has been wracked by protests for months amid the broader anti-racism and police brutality conversations in the United States.

Oregon’s West Coast neighbours, Washington and California, are also grappling with their own devastating wildfire outbreaks. 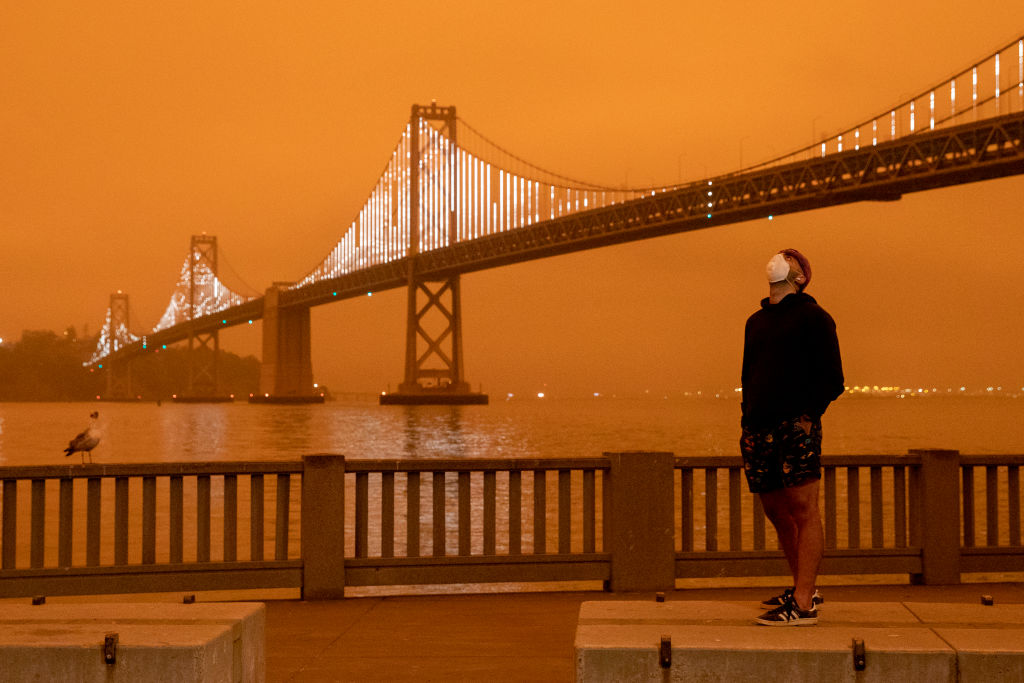 One of the California fires was triggered by a gender reveal stunt, officials say.