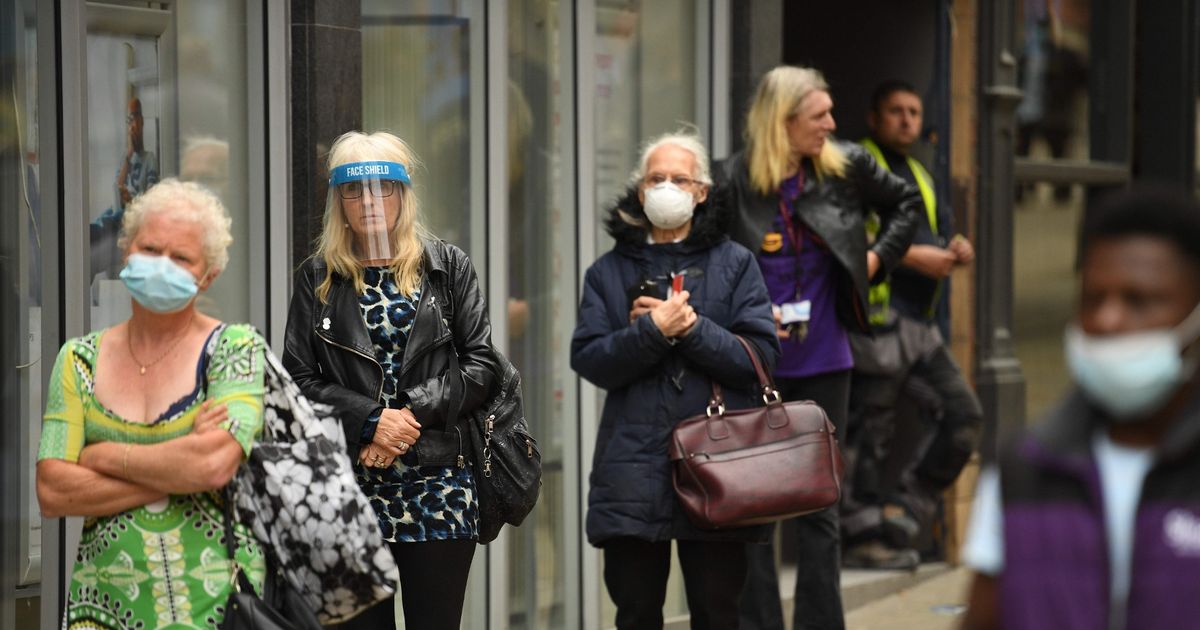 Leeds is 99% likely to be become a coronavirus hotspot within the next two weeks, experts have claimed.

It could soon join Bolton, Glasgow, and Caerphilly on a list of troubled areas in the country with extra lockdown measures.

The sharp rise in cases shows no sign of slowing and the majority of places are in the north of England.

Bradford is also highly likely to remain a hotspot until at least the end of September if infection rates don’t fall quickly.

Data from Imperial College London claims Leeds is 99% likely to be classed as a Covid-19 hostpot in the coming weeks.

The city would be second only to Birmingham, which has a 100% chance of joining the problematic list.

Other places that could become new hotspots include Tameside 94%, Renfrewshire 93%, Manchester 92%, Newcastle 92%, South Lanarkshire 91% and Solihull 90%.

It is predicted the reproduction number, or R number, could be greater than one in many of those areas in the week up to Wednesday (September 9).

The R rate is the number of people each infected person passes the virus on to, on average, and it needs to be kept below one in order to stay in control.

Existing hotspots that are expected to remain in the 'red zone' include Bolton, Glasgow City, Caerphilly, West Dunbartonshire , South Tyneside and Bradford.

Imperial College London have created a map, which is updated daily, to reveal areas of concern and encourage local authorities to take action before it is too late.