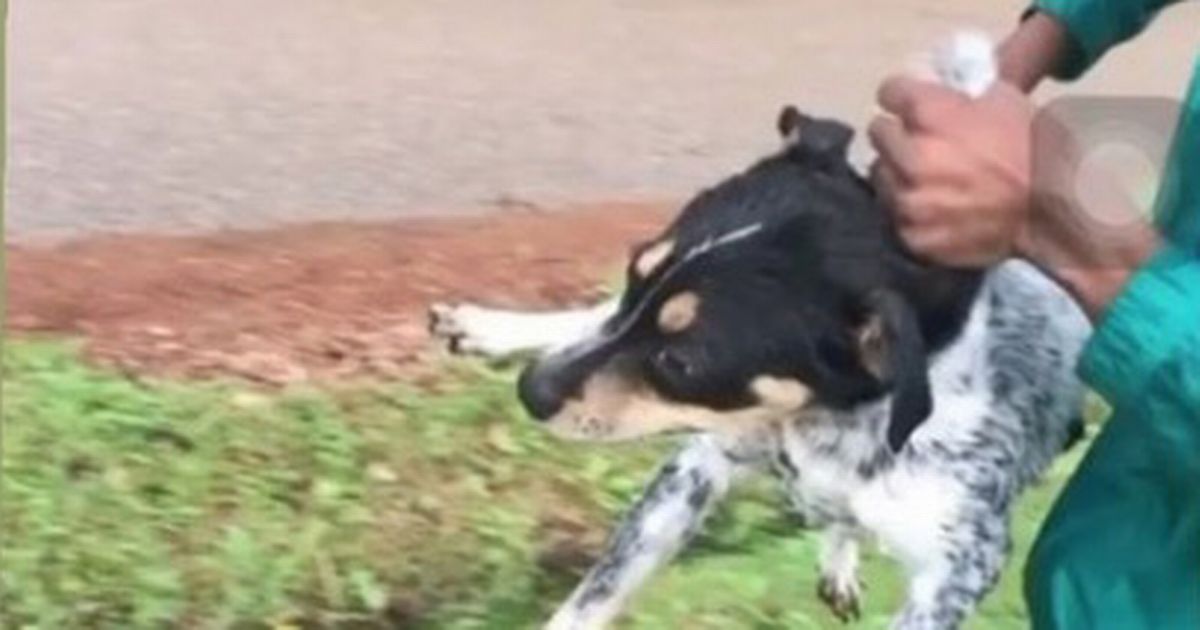 A distressing video shows a trio of young men hold a whimpering dog's head underwater, with one later joking on Instagram that the animal abuse is making them "famous".

In the viral clip, originally uploaded on Instagram by @blkbbydlo, a whimpering dog is dragged over to a ditch full of water by a youth while another one laughs and films.

The frightened dog then has its head dunked under the water, while it is restrained by a hand on its collar.

"Hold it!" says the person filming.

Eventually, the dog is released and allowed to run away, only for a second video to show one of the youths pick it up and throw it over some tape and into another ditch.

The clip was alleged to have been filmed in Shreveport, Louisiana, US.

It has sparked outrage after going viral on Facebook, with many people threatening the youth who uploaded the clip on Instagram as well as sending him racist abuse.

He joked in his Instagram stories that the video was making him "famous" in response and said he was "unbothered and untouched".

A Facebook group claimed that the thugs shared the video to "make a point that more people care about animal abuse than black people", but Daily Star Online has not seen any evidence to back up the claim.

The Instagram account that appears to belong to one of the dog abusers does not mention civil rights or the Black Lives Matter movement in any posts.

Commenting on Facebook, one person wrote: "Please for the love of GOD find this dog before she is killed.

"And then find these abusers and arrest them."

"This is not funny and absolutely disgusting," blasted a second furious viewer.

A third disgusted animal lover said: "Hope someone figured out where this poor dog is."

"What a complete waste of oxygen," said another person.

It is not clear if the incident has been reported to the police at this time.