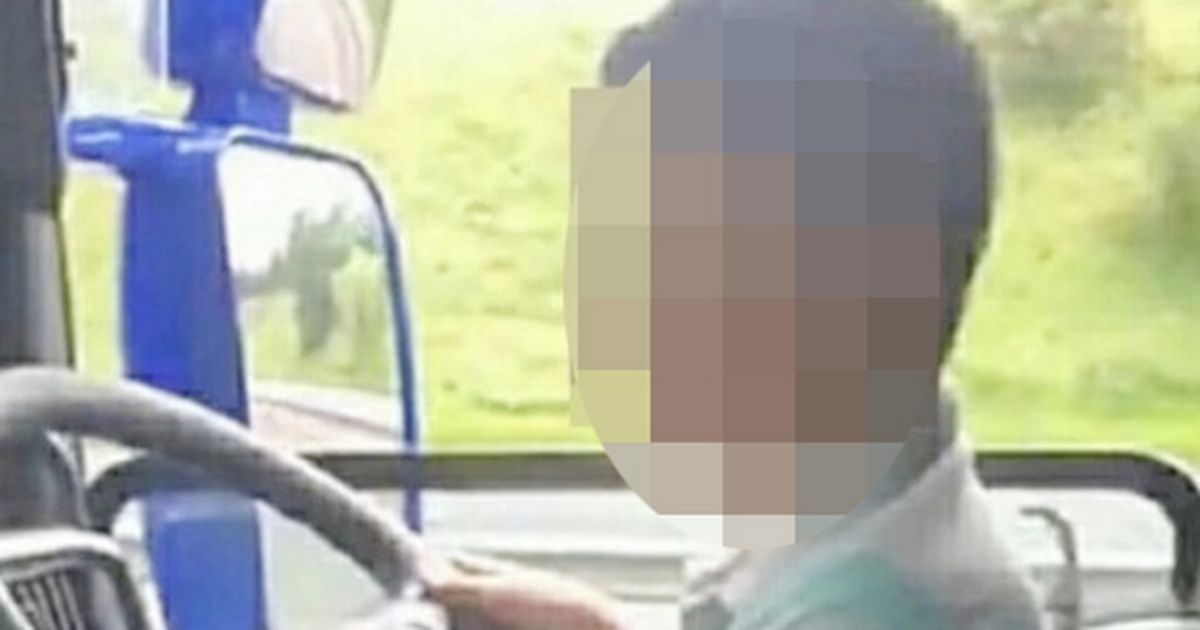 Police are probing a shocking video appearing to show a child driving a lorry along a busy Brit motorway.

A video has been circulated on Snapchat and WhatsApp of a youngster at the wheel of a huge truck as he speeds along the M1.

In the clip the little boy is clearly identifiable as he drives, and two cars can be seen overtaking him as he trails another lorry at some distance.

Police are hunting a man who is behind the camera filming, Belfast Live reports.

His voice can be heard asking: “Alright there lad, are you on the bang. Lift off her, lift off her you wee rod, keep round.”

The boy enthusiastically replies "yeah" as he turns to the man, taking his eyes off the road.

The youngster, in a blue striped shirt, has both hands on the wheel and is sitting far forward in the driving seat.

It is understood the lorry was travelling eastbound in Dungannon.

Local DUP Councillor Clement Cuthbertson told The Belfast Telegraph that the video is "reckless" and "careless" and those responsible should be held to account.

"The video circulating on social media is shocking. It's reckless to see it not only on a local road, but on a motorway. It is totally wrong," Mr Cuthbertson said.

"Hopefully someone can identify those involved and report it to the PSNI. You have to be 17 to get your provisional licence, and that child is definitely not 17.

"We've had a lot of accidents on that road recently and many that have led to deaths. People want to see the roads safe but the behaviour in the video is reckless and careless."

Police have confirmed they are aware of the clip and said the driving lad is “clearly under the age of gaining a driving licence”.

They appealed for people to get in touch if they recognise the boy or the voice behind the camera.

Mid Ulster Police told Belfast Live: “We are aware of a video circulating via SnapChat and WhatsApp at the moment recorded recently on the M1 Eastbound at Dungannon.

“The video appears to show a young male, clearly under the age of gaining a driving licence driving a lorry while in the presence of an adult who is off camera.

“If you have seen the video and recognise the young male or the adult voice, please call us on 101 or drop us a PM on Facebook.”