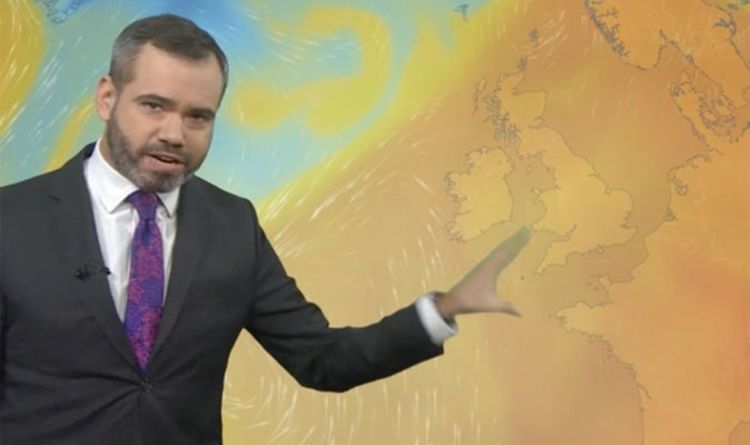 The latest BBC weather forecast shows temperatures soaring from today onwards, as a Saharan heatwave grips the UK. The heat blast will last just 48 hours, with temperatures reaching at least 30C in parts of the UK and possibly even 31C. BBC meteorologist Ben Rich said that the sudden warmth is due to “high pressure dominating Europe, giving us warm air from the south”.

He explained that Sunday’s forecast will see torrential rain dominate Scotland, while temperatures climb in the rest of the UK.

Scotland has experienced huge rainfall this weekend, after a month’s worth of rain was expected across Saturday and Sunday

Rich told BBC Breakfast viewers: “It is dry for most of us today and a bit warmer than it was yesterday but not dry for all.

“We have already seen a lot of rain this weekend across Northern Ireland, Northern England and particularly western Scotland.” 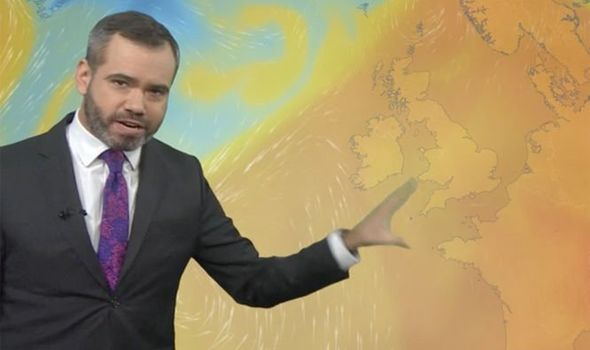 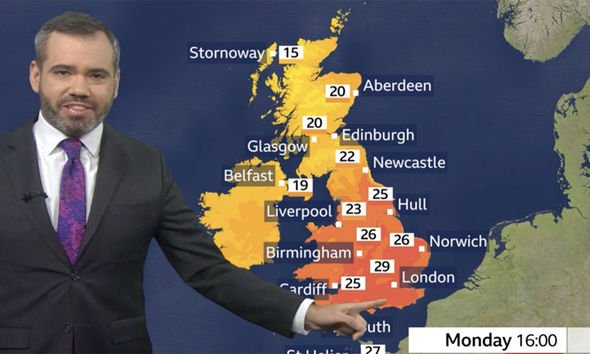 He continued:”It has been raining here since yesterday afternoon and it is still ongoing. Some places have had 50mm, over two inches, of rain, and it just keeps coming today.

“There is a Met Office yellow warning in place, there could be some localised flooding here and some travel disruption as well.

“Everywhere else is more or less dry today. A bit of cloud and grey in some northern areas, but it will become brighter as we move through the day.

“We could see some gusts in northern England reach around 40 to 45 mph. Temperatures will reach at least 20C in Aberdeen and 25C today in London. 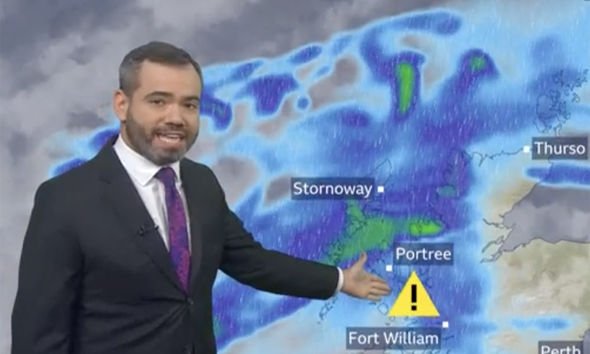 “Tomorrow is where things really start to warm up for most of us. There is just some patchy cloud and rain across north-east Scotland, and some of that scrapping Northern Ireland.

“But look at these temperatures for September – 28C and 29C. There is a fair chance we could reach 30C in the south-east by tomorrow afternoon.

“Some more cloud on Tuesday but still temperatures will reach 28C, 29C again.

“But after that things will become cooler, although conditions will remain largely dry.” 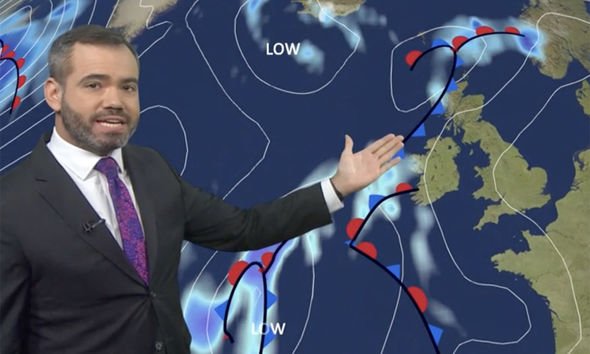 The Met Office forecaster Bonnie Diamond said the “tropical continental air pushing up from a southerly direction in combination with light winds” will lead to temperatures of up to 25C on Sunday and 29C on Monday.

She added: “It definitely feels like one last blast of summer, even though we are, meteorologically speaking, in autumn.”

Simon Partridge from the Met Office told Sky News that this is “the warmest September since 2016”.

The highest September temperature ever recorded in the UK was 35.6C on 2 September 1906.