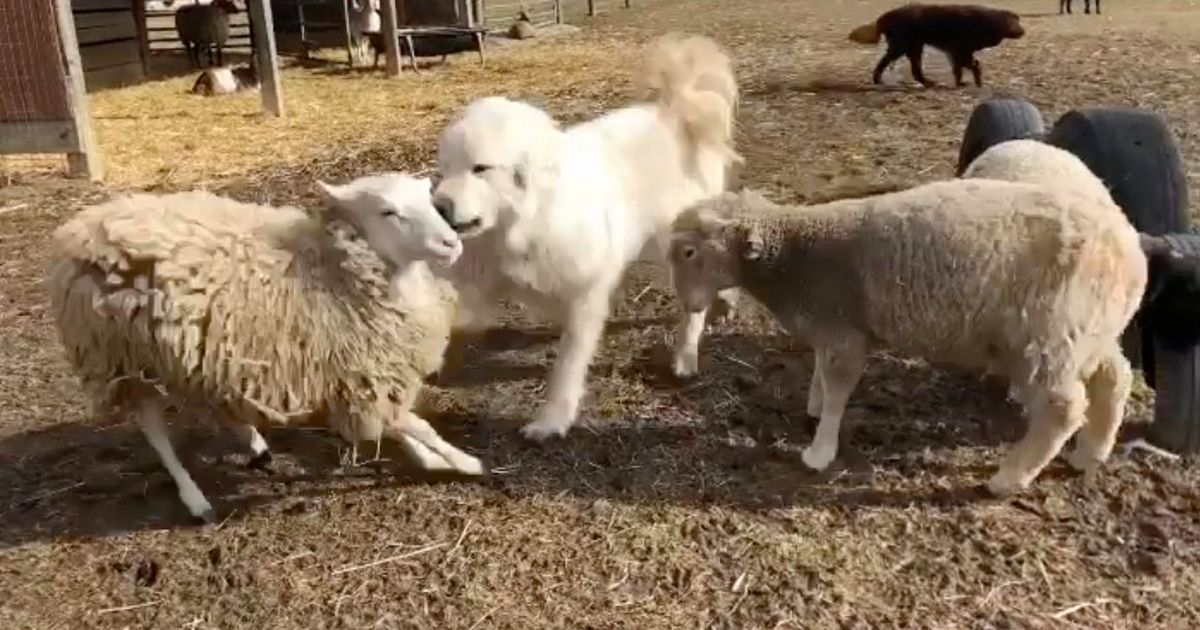 A lovely dog helping his owner to guard the farm animals has stepped in to break up a fight between two sheep.

Michael the Great Pyrenees is one of 172 animals living in Rancho Relaxo, a non-profit animal rescue and sanctuary in New Jersey, US.

An adorable video taken by owner Caitlin Cimini captures the two sheep, Flick and Banks, butting their heads towards each other in a playful fight.

Michael, who Caitlin describes as a big brother and protector of the farm, decides to step in when he notices a sheep getting ready to launch its second "attack".

As the sheep leaps forward, the cream-coloured pooch takes action and lightly kicks the sheep away. A man is heard saying: "Michael."

Caitlin scratches the four-legged friend's head and chin and says: "He's telling them to break it up. You don't like that?

"You don't like it when they do that? They are just playing, honey.

"They are not getting hurt."

She wrote in the post: "Michael is the most amazing guardian ever. Not only does he protect our rescued residents from predators, he also protects them from each other.

"Even when he doesn’t need to. Haha. Flick and Banks were playing in this clip.

"Michael thought they were fighting, so he broke it up. Truly incredible to watch this big polar bear do what comes naturally to him."

One commented: "Head butting prevented by the push of a paw."

A second said: "It is very therapeutic to see this beautiful dog taking his work so serious. I love Michael!"

"He’s so gentle, he just gave Flick a little shove like cut it out!" a third added. "He’s so intuitive, definitely meant to be a guardian in this life."