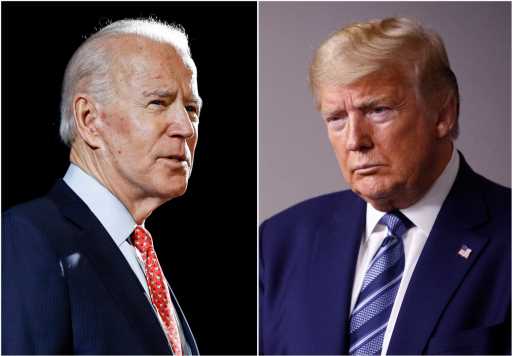 A new poll provides further evidence that Donald Trump and Cory Gardner are in trouble in Colorado.

But it also offers fresh insight into how Coloradans generally view the Black Lives Matter movement, QAnon and leaders’ response to the coronavirus pandemic.

The findings were released by the liberal advocacy group ProgressNow Colorado, which contracted with Democratic firm Global Strategy Group to conduct the survey. The pollsters surveyed 800 likely Colorado voters between Aug. 28 and Sept. 1, with a breakdown of party affiliations — 43% unaffiliated voters, 27% Republicans and 30% Democrats — that roughly mirrors the latest statewide breakdown reported by the Secretary of State’s Office. The poll has a 3.5% margin of error.

The poll finds Joe Biden leading Trump by 11 points in the presidential race. Kanye West will be on the state’s ballot in that race, too, and he received 1% support.

The poll finds that in the U.S. Senate race, Republican incumbent Gardner is down 10 points to Democratic challenger Hickenlooper, the former governor. Other recent polls have shown Gardner within single digits of Hickenlooper, including one released last week that put Gardner just five points behind. Many view Gardner as the most vulnerable Republican incumbent in the Senate, and the outcome of this race could be a deciding factor in whether Democrats can gain control of the chamber.

Overall, 55% of poll respondents said they view the Black Lives Matter movement favorably, while 40% view it unfavorably and 5% were unfamiliar. Asked which party they’d trust with “improving relations between police and the Black community,” 49% of respondents chose the Democrats and 32% chose the GOP.

On the topic of police reform, respondents were almost evenly divided. Asked to choose between two statements, 50% agreed “there may be a few bad apples who should be punished, but we don’t need sweeping reforms that will make it harder for police to keep us safe” and 47% felt “we need to make significant changes to policing in this country to prevent police brutality and misconduct.” The rest said they didn’t know enough to have an opinion.

Still, more than two-thirds of respondents — 69% — said they approve of Senate Bill 217, a sweeping police reform measure passed into law by the state legislature in late spring.

“Clearly voters don’t think SB-217 is going too far, or that it won’t keep us safe,” said Global Strategy Group’s Andrew Baumann, who conducted the survey.

More than half of respondents said they weren’t familiar with QAnon, the pro-Trump conspiracy movement that asserts, among other things, that Democratic power players such as George Soros and Hillary Clinton are part of a global child sex-trafficking and blood-sucking ring that’s working to undermine Trump. Eight percent of Coloradans surveyed said they view Qanon favorably, while 38% have an unfavorable view.

That so many are unfamiliar with it, Baumann said, is “a good reminder that most regular voters don’t spend a lot of time in the online political bubble.”

The poll found that Coloradans are generally satisfied with the state’s response to the coronavirus. Asked about Gov. Jared Polis’ handling of the pandemic, 58% said they approve, compared with 36% who disapprove. On Trump’s coronavirus response, the findings flip: 58% of respondents disapprove, and 40% approve.