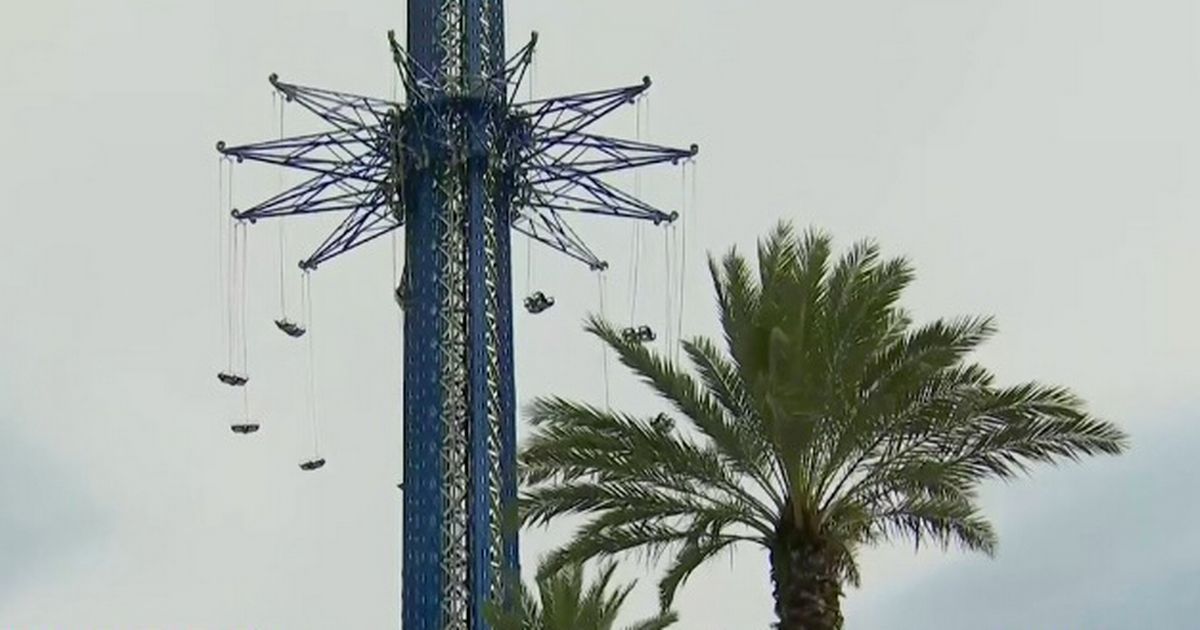 A young amusement park worker has fallen to his death from the tallest swing ride in the world.

Jacob David Kaminsky, 21, was conducting a routine safety check on the StarFlyer attraction at ICON Park in the tourist district of Orlando, Florida on Monday morning.

After climbing halfway up the tower of the 450ft ride, he suddenly fell approximately 200ft to the bottom platform below, Orange County Fire Rescue said.

The accident was reported at about 7:40am and Mr Kaminsky was rushed to Orlando Regional Medical Centre, where he was tragically pronounced dead.

The StarFlyer has been closed until further notice.

Ride officials say they're cooperating with the Occupational Safety and Health Administration and deputies in the investigation into the man's death.

They say their hearts and prayers go out to Mr Kaminsky's family and his coworkers.

"It's a shock and we're saddened by it," said John Stine, Director of Marketing and Sales for the StarFlyer.

"Anytime there is an injury or something of this nature, it's extremely sad."

Safety inspection records from the Florida Department of Agriculture show the ride has no history of prior violations, according to local media.

In 2018 a "communication deficiency" involving a seat release on the ride was reported and later fixed.

The StarFlyer is described as the "world's tallest swing ride" on its official website. It is owned and operated by the Slingshot Group of Companies.

"Guests are seated in a double seat next to their friend, family or partner and are secured in their seats with seat belts and an in between the legs harness that can only be unlocked by the ride operator," the description says.

"Moving up and down and rotating around the giant tower at speeds of up to 45mph, no other attraction combines safety and thrills like the Starflyer."

A similar ride manufactured by the same company was built next to the London Eye during the 2012 Olympics, which provided the inspiration for the Orlando attraction.