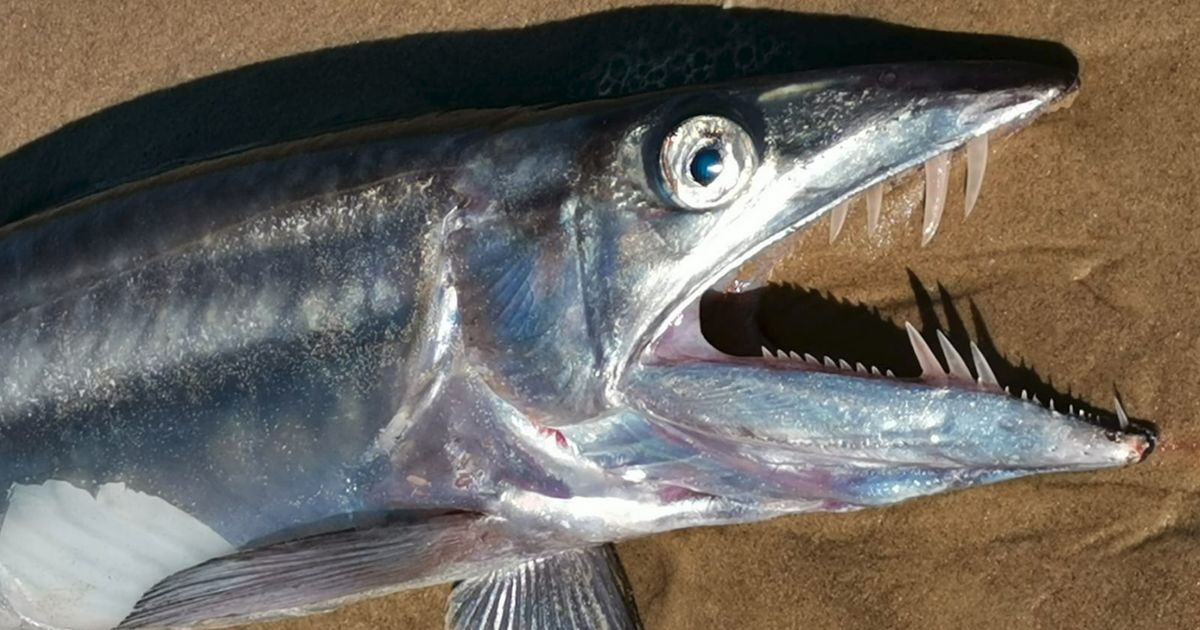 A dog-walker who found a seemingly-dead ocean predator washed up on a beach got the shock of his life when the nightmare creature bared its teeth and lunged at him.

Con Fowler, 66, was walking his pet, Molly, along Baylys Beach on New Zealand’s North Island when he encountered what he initially believed to be a barracuda.

“At first glance I thought it was a barracuda, which are relatively common here,” he said, “but it was bigger, thicker and longer, with much larger teeth,” he said.

“I thought it must have been dead, although it was a brilliant bright silvery colour, glinting in the sun."

He continued: “My first impression was ‘wow look at those teeth!’

“I went up to it and my friend took a couple of pictures, but then I realised its gill plate was pulsing, so I touched it, and it snapped at me!”

What Mr Fowler had actually found was a lancetfish, a predator that lives at depths of up to 2,000m below the waves and is rarely-seen, despite inhabiting oceans across the globe.

Lancet fish are said to be voracious predators and their stomachs have been found to contain a variety of fishes, octopods, squid, and crabs.

They’ll also happily eat their own kind, earning them the nickname “cannibal fish”.

The retiree is unsure as to how the deep-sea fish ended up on the shore, but thinks it may have been tempted to the shore by fishing bait.

“Some people in a 4×4 were just pulling in a longline – which can stretch up to 2km out to sea – and it may have followed the baits in, and got washed up in the heavy surf,” he said.

Despite the risk of a bite, Mr Fowler decided to help the sea-beast back to the ocean.

“I returned it to the water, keeping well away from those teeth,” he said.

“As soon as I put it back in the water, its large back dorsal fin, which was a bright iridescent bluish colour, unfurled and stood up, and it swam away.

“It didn't re-strand, so I think it survived.”

The biology of the lancet fish remains largely mysterious and how they reproduce has never even been observed.

But they are known to be hermaphroditic, having both male and female sex organs, and can grow to be more than six feet long.

Most fisheries consider them a pest that steals bait meant for more valuable species.