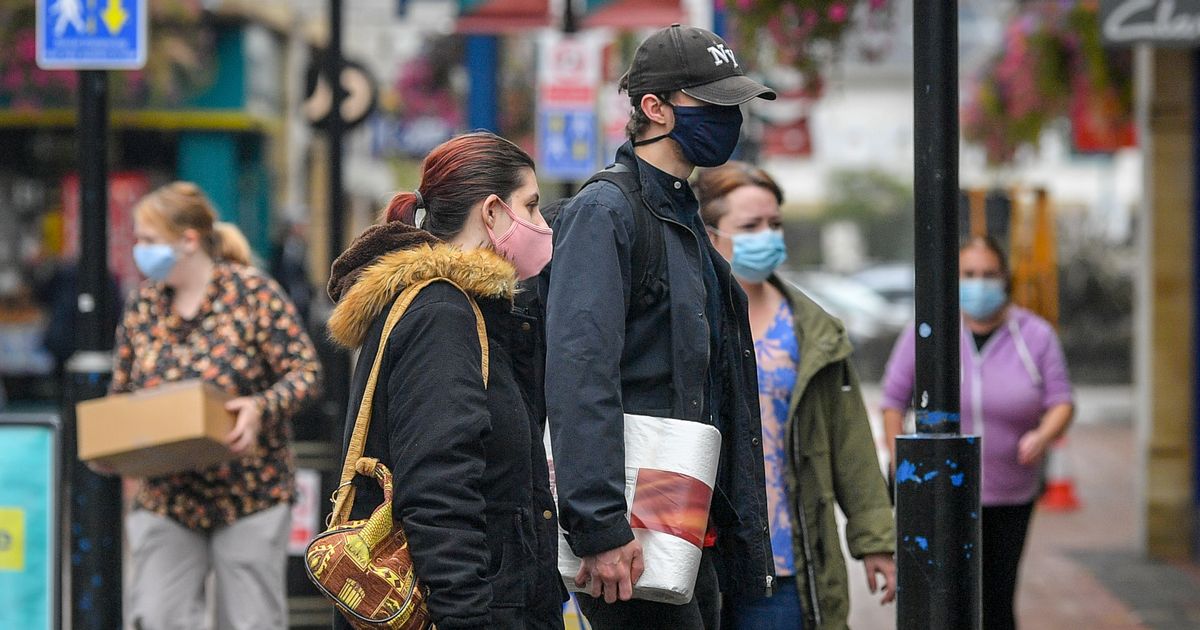 The North East of England has been hit with a second lockdown, with officials warning seven other parts of the country could be facing similar restrictions soon.

New data shows much of Merseyside and parts of the West Midlands, Leicestershire and Cheshire are on the danger list for a fresh Covid-19 lockdown.

In addition to Liverpool, the other local authorities with the highest weekly injection rates include several places in Merseyside, Wolverhampton, Oadby and Wigston in Leicestershire and Warrington in Cheshire.

Coronavirus infection rates have almost doubled in Barrow-in-Furness, Cumbria; as well as in Rugby, Warwickshire; St Albans, Hertfordshire; and in Windsor, Berkshire in the past week.

North Yorkshire has declared a "major incident" while there are also warnings in place for London and Leeds following a sharp rise in infection rates among young people.

It comes as the UK's daily number of cases hits the highest figure since May, while the rate of new infections has increased rapidly in many cities and towns across the north and the critical R value is above one, meaning the virus is "out of control".

Prime Minister Boris Johnson has warned of the need for "tough" actions to prevent a second surge of coronavirus this winter and "protect" Christmas.

This is the eighth-highest total of any local authority in England and compares to an average infection rate across the country of 19.7 per 100,000. Liverpool's Mayor Joe Anderson has warned the city is at a "really critical time" and said he expects local restrictions to be imposed this week.

He added that the whole of the North West could face a lockdown similar to the North East.

This could see new restrictions including pubs and restaurants forced into returning to takeaway early as well as a ban on care home visits and restrictions on households mixing.

He told the Liverpool Echo: "We think this could well be part of a wider North West lockdown because you can see cases are rising across the whole region.

"We are expecting a lockdown now and are preparing for that."

Other areas of concern in Merseyside include Knowsley and St Helens, which both saw their infection rates double in the past week.

In Warrington, Cheshire, authorities have warned a local lockdown is "more likely than not" after the number of confirmed cases quadrupled last week.

Thara Raj, Warrington Borough Council's director of public health, told BBC Radio Merseyside: "We have seen cases quadruple in the last week if we go for another week and we quadruple again then we will have overtaken Bolton and we don't want to be there."