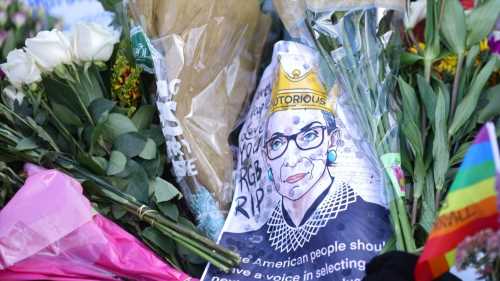 After blocking Obama nominee in 2016, Republican leader signals there will be vote on any candidate Trump puts forward. 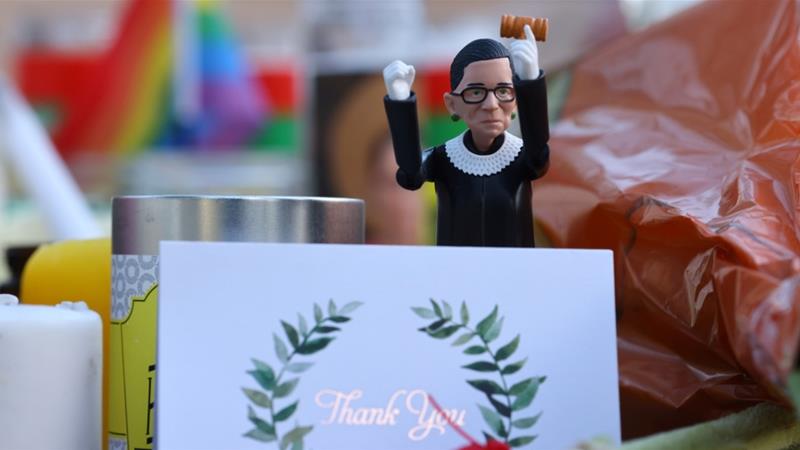 Washington, DC – The death of Ruth Bader Ginsburg, coming just weeks before a contested presidential election in November, will lead to a fierce political fight in the US Senate and could make the election a referendum on the future of the US Supreme Court.

Senate Republican Leader Mitch McConnell said in a statement on Friday the Senate would move forward with a confirmation process for whomever President Donald Trump nominates.

“The Senate and the nation mourn the sudden passing of Justice Ruth Bader Ginsburg and the conclusion of her extraordinary American life,” McConnell said.

“President Trump’s nominee will receive a vote on the floor of the United States Senate,” McConnell said. 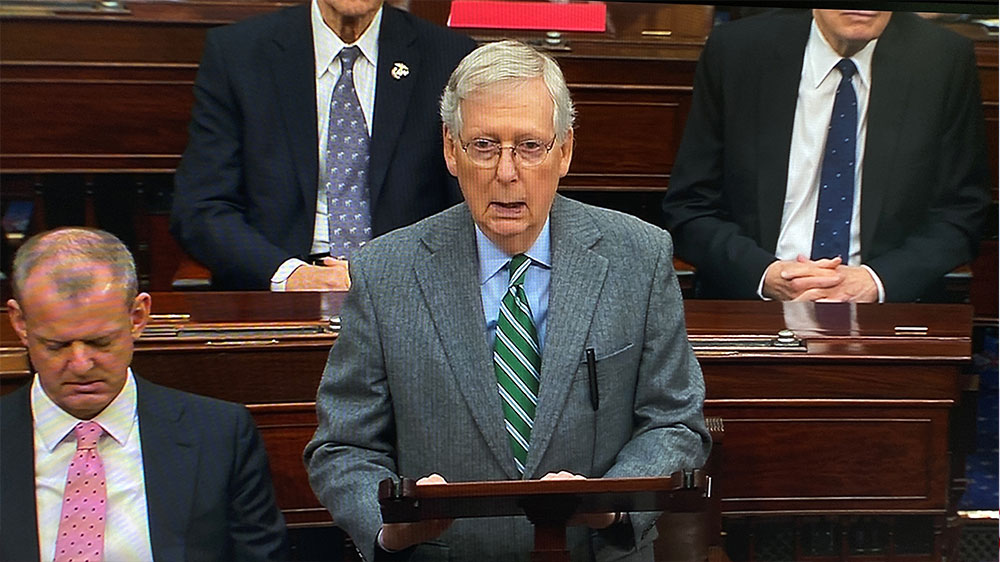 Ginsburg, only the second woman to serve on the court, was a giant of American jurisprudence who was a champion of women’s rights and voting rights. Her death opens a gap on the Supreme Court that in its most recent term was evenly divided between conservative and liberal justices with Chief Justice John Roberts acting as a swing vote.

Ginsburg was “a tireless and resolute champion of justice”, Roberts said in a statement.

A crowd of people convened at the Supreme Court building in Washington, DC, on Friday night, indicative of the significance the public attaches to the moment.

“Quite simple there was never a justice who embodied the inclusive ideas Americans believe in more than Justice Ginsburg,” said Nan Aron, president of the Alliance for Justice, an advocacy group for reproductive rights and social justice.

“Now is not the time to ram through a Supreme Court Justice,” Aron said in a statement

Democratic presidential candidate Joe Biden said in a statement on Friday that with just weeks to go until the November election, his “hope and expectation of what should happen” is that the voters should choose the president who will fill Ginsburg’s seat.

In 2016, Senate Republicans refused to consider Obama’s nominee Merrick Garland, waiting until after President Trump was elected to confirm Gorsuch.

With majority control of the Senate at stake in the election, it is unclear whether all Republicans will go along with a move by Trump and McConnell to replace Ginsburg.

Lindsey Graham, the chairman of the Judiciary Committee, has signalled a willingness to fill a Supreme Court vacancy but said much would depend on input from his colleagues.

Republicans control the Senate 53-47 and would not be able to confirm a justice if more than three senators defect. 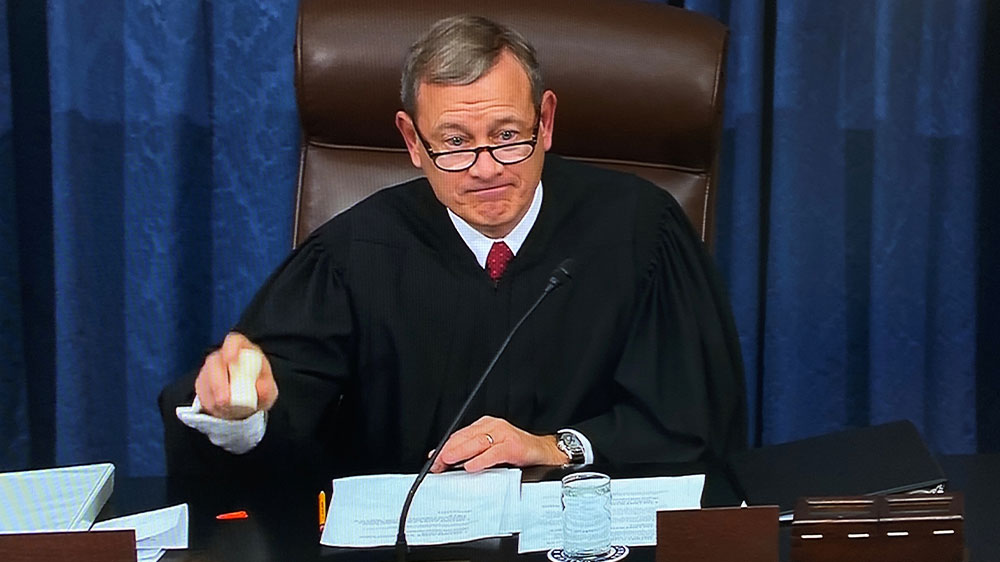 Some Republican senators have said the Senate should refrain from acting on a Supreme Court nominee so close to an election.

Alaska Republican Lisa Murkowski said last month it would be a “double standard” for Republicans to fill the court vacancy so close to an election and she “would not support it”.

Iowa Republican Chuck Grassley, a former chairman of the Senate Judiciary Committee, said in an Iowa press interview in July the Senate should not hold hearings a Trump nominee if he loses in November.

Maine Senator Susan Collins told a New York Times reporter recently that she would not be willing to seat a Supreme Court justice before the election. “I think that’s too close, I really do,” Collins reportedly said.

Senate moderate Mitt Romney, who was the only Republican to break ranks and vote against Trump in the Senate impeachment trial, has declined to say how he would vote on a Supreme Court nominee now.

In a statement on Friday, Romney praised Ginsburg’s “distinguished service” that “leaves an indelible mark on our country that will endure for generations to come”.

In his statement, McConnell sought to draw a difference between the will of American voters as expressed in 2016 and now in 2020, claiming a mandate to move forward with the confirmation of whoever Trump nominates. 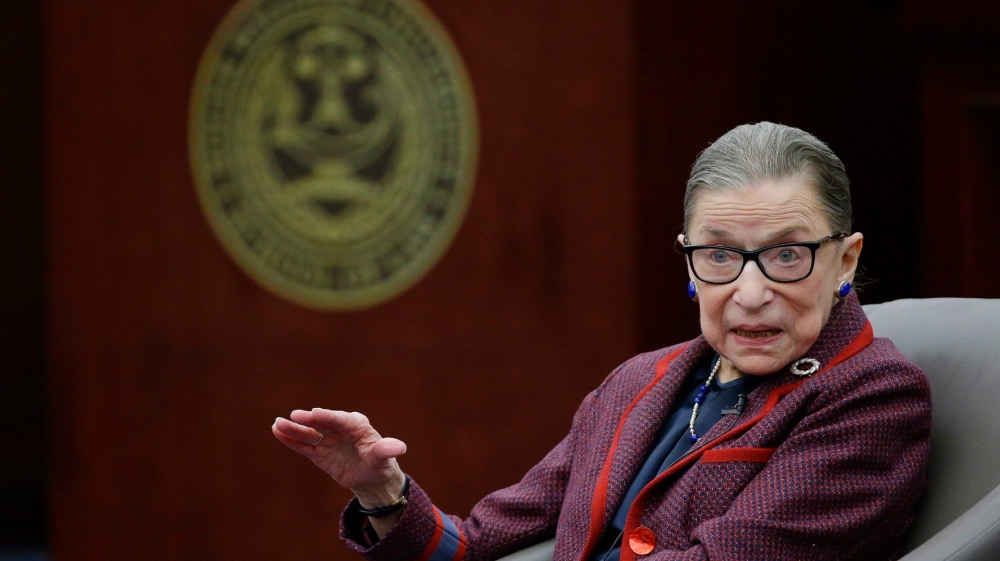 “In the last midterm election before Justice Scalia’s death in 2016, Americans elected a Republican Senate majority because we pledged to check and balance the last days of a lame-duck president’s second term. We kept our promise,” McConnell said.

“By contrast, Americans re-elected our majority in 2016 and expanded it in 2018 because we pledged to work with President Trump and support his agenda, particularly his outstanding appointments to the federal judiciary.”

There is time before the next Congress is seated, about 100 days away, for Trump and Republicans to ram through a justice confirmation. Kavanaugh’s highly controversial confirmation took 89 days, and Gorsuch’s only 65 days.

Former senator and 2016 Democratic presidential candidate Hillary Clinton said in a television interview Democrats should block any Trump nominee before the election.

“The Democrats in the Senate will have to use every single possible manoeuvre that is available to them to make it clear that they are not going to allow Mitch McConnell to enact the greatest travesty, the monumental hypocrisy that would arise from allowing him to replace Justice Ginsburg,” Clinton said on MSNBC.