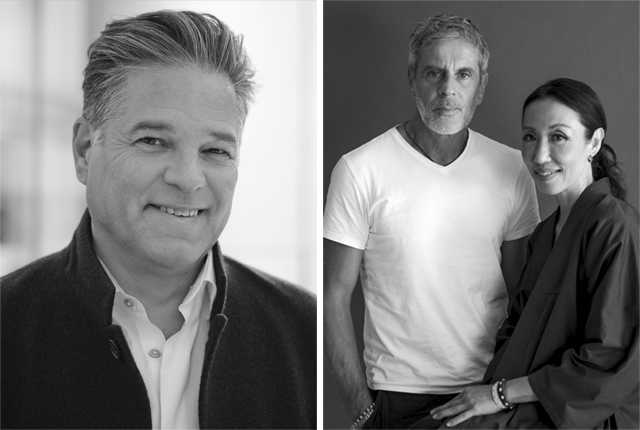 SHANGHAI — Two key names in the Asian luxury distribution game are joining forces. Bluebell Group, a veteran middleman known for helping Louis Vuitton first expand in the region, is taking a minority stake in Translatio, a distributor in Mainland China, to ramp up its exposure to the world’s largest luxury market.

Translatio, founded by Jimin Lee and Angelo Negro in 2003, has helped brands like Balenciaga, Moncler, SMCP, Alexander Wang and others build up a presence in China before passing the reins back to the brands to manage in-house. Its current portfolio includes Thom Browne, Golden Goose, 3.1 Phillip Lim, Acne Studios, Isabel Marant, Fusalp, Moose Knuckles, Dries Van Noten, and AMI. It also helps manage SKP Select, the multibrand arm of the Beijing fashion powerhouse.

The financial terms of the deal were not disclosed.

Bluebell Group’s president and chief executive officer Ashley Micklewright told WWD that the two sides share very similar philosophies when it comes to brands and the alliance would offer a comprehensive solution for companies looking to expand all across the Asia region.

“It’s also about category expansion where Bluebell is much more developed,” Translatio’s Lee said, “like non-fashion — beauty, lifestyle, accessories, and potentially other regions as well, although today our focus remains China being a very large territory to cover.”

Bluebell’s reach is much wider both in terms of geography and category. It operates across 10 markets, partnering with some 150 brands in the luxury and affordable luxury space. Besides fashion, footwear and accessories, it also deals in beauty, gourmet, jewelry, watches, eyewear and tobacco, and is the largest duty-free operator in South Korea, which prior to COVID-19 was the largest duty-free market in the world.

Despite Bluebell’s scale and a few milestones in the Mainland Chinese market — the company last year cleared $2.5 billion and it launched Louis Vuitton’s first boutique in Mainland China at The Peninsula Beijing back in 1992 — Bluebell has kept only a minor presence there.

“It’s not so much that we haven’t been in China, but whenever we have been, we have been bought out. We had nothing to continue trading,” said Micklewright. “We don’t ever see that happening with Translatio because there is such a broad number of brands.”

Bluebell was founded by French businessman Peter Goemans, who first opened a perfume store in Cannes. Shortly after, he began selling European luxury goods to Asia and founded the group officially in 1954. Japan and South Korea are the firm’s top markets today.

But particularly with COVID-19 hitting harder and lingering longer in other countries compared to Mainland China, many firms are upping their investment into the market.

“Our brands are all back on track,” said Negro, “and actually China is the only market that is still moving. There is a lot of interest pushing here and emphasis on this market because it’s the only market that could have helped the brands to support the rest of the world. I’m afraid that brands that don’t have a presence in China are suffering much more.”

Lee added that they’ve seen more brands reach out to them but that “it’s something we have to take and measure because it’s not a China solution right away.” Typically, Translatio requires a one-year runway for a brand to start trading.

While the pandemic has altered the retail landscape, Micklewright said that some fundamentals of the business still hold true.

“What has been very interesting this year is how important the domestic demand is that already exists in our markets,” he said, “and also even though digital has grown in importance, just how relevant and important brick-and-mortar still remains. As a percentage, brick-and-mortar is still huge.”

While the executive described the drop in sales from the first outbreak of COVID-19 as “catastrophic,” in subsequent waves, domestic demand held strong, he observed.

“We were extremely concerned prior to [store] opening,” Lee related, “but it was this release. People came out in droves and just responded to the beauty of this collection and brand. That was very gratifying…it was lovely to see that very strong, almost emotional reaction to something new and beautiful.”