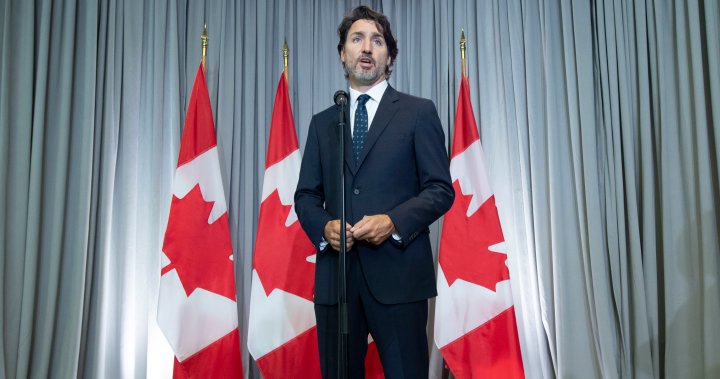 A speech from the throne is the opportunity for a government to lay out its plans and priorities for its term in office. It’s usually big news for a newly elected government but can be a snore at other times.

Wednesday’s throne speech is unusual because the Trudeau Liberals were re-elected less than a year ago and their last throne speech still has that new speech smell.

From the government’s perspective, prorogation and a new speech are necessary because the COVID-19 pandemic has turned the world upside down and Canada needs a new plan. This is their opportunity for a big COVID reset.

In addition to resetting the policy agenda to match pandemic-driven realities, this is also an important opportunity for the Trudeau Liberals to take back the narrative about their governing of the country.

When the prorogation was announced on Aug. 18, the government was deeply mired in the WE Charity scandal. Then-minister of finance Bill Morneau had just resigned, and every day the news cycle in Ottawa seemed to be driven by more bad news about the government’s ethics.

Initial signals about the throne speech from the prime minister and his ministers were that Canadians should prepare to be dazzled. They hinted that the COVID pandemic had created an amazing, once-in-a-generation opportunity to build Canada back better than before and that the throne speech would lay out their plans for doing that. This would include an ambitious green economic recovery and major initiatives to build a more equitable and just Canada.

What a difference a month makes.

The narrative about big change has been rolled back significantly. Why? As Ipsos polling for Global News shows, ambitious plans about the future are a poor match with the current public mood.

It’s not that Canadians are opposed to living in a better, more equitable and greener country, it’s that they have a much more immediate set of priorities and that’s where they want their national government to focus. 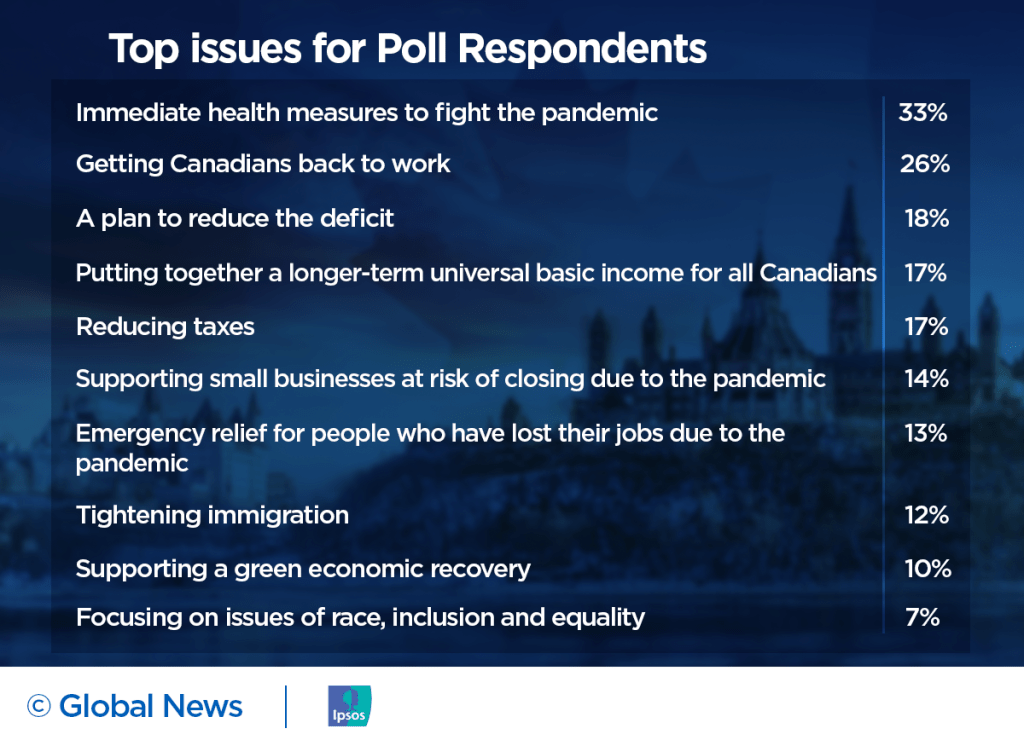 The biggest priorities for Canadians are fighting the pandemic and its economic effects. There is some interest in learning about a universal basic income, but no more than there is in hearing about deficit reduction or tax cuts.

As for the green recovery, Canadians like the idea, but the emphasis, for now, is more on the recovery than on the green. This also means supporting all industries that can speed recovery and get Canadians back to work, including oil and gas and other natural resource activities.

Despite some recent expert chatter to the contrary, the deficit remains an important priority for Canadians. They have been conditioned by almost all governments over the last generation to believe deficits are bad and to be avoided.

Even though the Trudeau Liberals have governed differently with electoral success, deficit management continues to be one of their vulnerabilities. In this throne speech, it would be ill-advised to act like someone who applied for a new credit card they didn’t expect to get and is excited to run it up.

A strong majority (78 per cent) of Canadians tell us that for them to consider voting for a political party in the next election, that party must present a reasonable plan to get back to a balanced budget in a timely manner. This includes 71 per cent of those who say they will vote for the Liberals.

Given how the Liberals have now started to manage down expectations about their throne speech, they have read similar polling tea leaves.

What they have seen is that this is the time to focus on the urgent and practical. Expect a throne speech that does just that.

Darrell Bricker is CEO, Ipsos Public Affairs. He is also the author of ‘NEXT: Where to Live, What to Buy, and Who Will Lead Canada’s Future’ (Harper Collins, 2020).