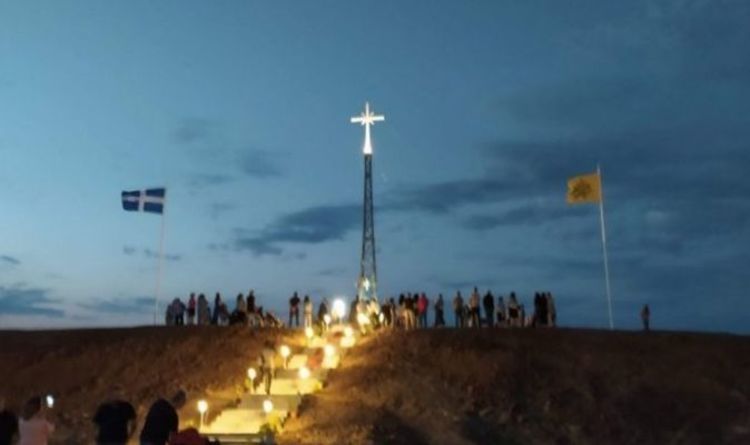 Tensions between the neighbours have already reached boiling point over disputed territorial waters in the eastern Mediterranean and the installation of the cross, which is clearly visible from the Turkish city of Edirne, has been branded a “provocative act”. Officials in Ankara said Turkish President Recep Tayyip Erdoğan planned to raise the issue with German Chancellor Angela Merkel when the two leaders held a video conference today.

We do not want to provoke or impress anyone, especially in critical times like this

The fiercely pro-Ankara newspaper Yeni Şafak accused the Greek Orthadox Church of deliberately provoking Muslims on the Turkish side by erecting the cross at the Holy Monastery of Agia Skepi in the village of Nea Vyssa, just over two miles from the border.

The paper said: “Mr Erdoğan is expected to bring the issue to the table at the critical meeting with German Chancellor Angela Merkel.

“The opening of the gigantic cross of 15 meters high, which was illuminated, was held with a ceremony accompanied by the prayers of the priests the other day.

“The cross has been illuminated to be visible from Turkey.

“Speaking at the scandalous ceremony, the priests made clear their purpose by saying: ‘Turks will remember us every time they see this’.” 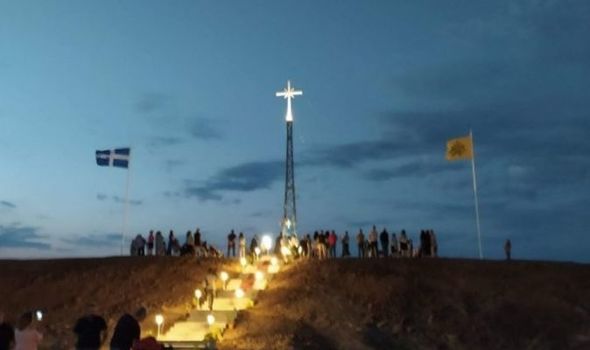 The Holy Monastery’s abbot, Archimandrite Varthalomaios Asteriadis, rejected claims the consecration of the cross was designed to provoke Turkish Muslims or further stoke tensions between Ankara and Athens.

“We did not provoke anyone. We felt the need to raise the symbol that boosts the morale and faith of our people, our military and our police.

“It is illuminated by two large floodlights and is visible in the Greek territory.

“We do not want to provoke or impress anyone, especially in critical times like this.” 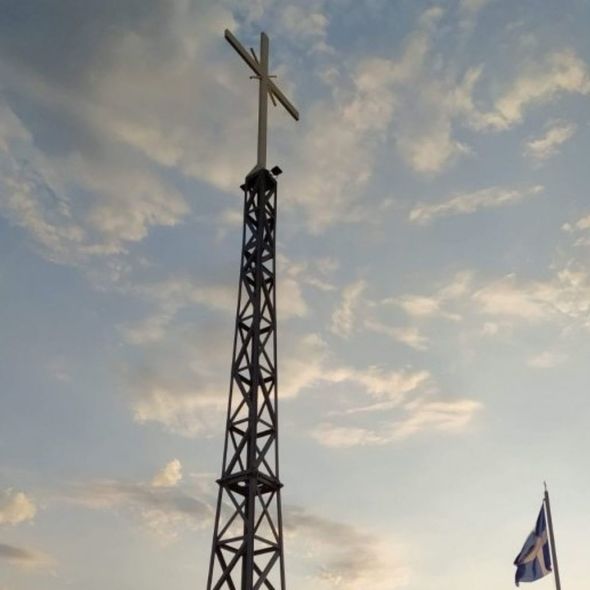 The International Christian Concern pressure group said it was common for religion to become weaponised in conflicts between Greece and Turkey.

A spokeswoman said: “Greece is primarily orthodox Christian, and many Greeks are descended from those who experienced the forced population exchange with Turkey and the Turkish genocide perpetuated against Christian ethnic minorities.

“Turkey has never acknowledged these wrongs, and is increasingly leaning towards Islamism.

“Erdoğan’s reaction to the establishment of a cross within Greek territory sets the foundation for increased religious persecution within Turkey.

“He is growing in hostility towards Christian symbols.

Christianity is already greatly struggling to exist within Turkey and this kind of hostility reinforces the idea that Christianity is not welcome within its borders.”

Turkey and Greece are at loggerheads over rights to potential energy resources in the eastern Mediterranean and the extent of their continental shelves.

A bitter row erupted last month when Turkey sent a seismic survey vessel to waters claimed by Greece and Cyprus but eased last week when Ankara recalled the ship in a move welcomed by Athens and the European Union. 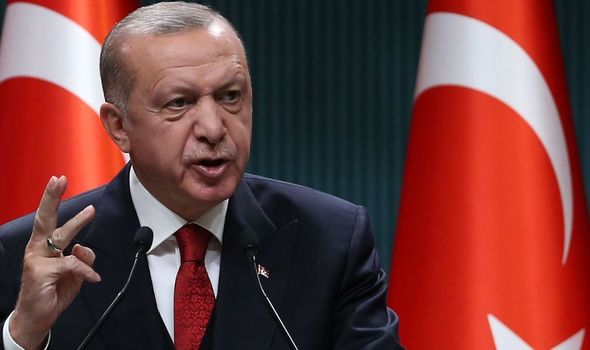 Mr Erdogan today called for a regional conference with all Mediterranean coastal states, including the breakaway Turkish Cypriots, to address tensions over maritime boundaries and hydrocarbon exploration in the region.

Addressing the UN General Assembly in a video message, the president said Turkey’s primary preference was to solve disagreements “justly and in an appropriate way” through talks.

But he warned “futile” attempts to exclude Turkey from plans in the eastern Mediterranean would not succeed.