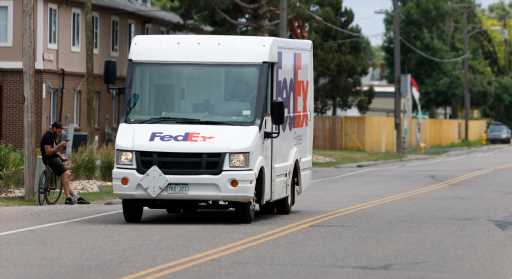 UPS plans to hire 2,400 seasonal workers in metro Denver and FedEx is looking to hire more than 900 as the package delivery companies gear up for what they expect to be a busy holiday season even with the pandemic.

UPS, based near Atlanta, is hiring for 100,000 temporary positions nationally, including package handlers, package car drivers, tractor-trailer drivers, and driver-helpers, at wages ranging from $14.50 to $28 per hour, spokesman Chandler Rogers said in an email.

“The jobs are being offered in several locations across the Denver metro area, including positions in Commerce City, Aurora, Englewood, and the Denver International Airport,” Rogers said. Those interested can apply at jobs-ups.com.

FedEx Ground expects to add more than 70,000 seasonal positions nationwide to help deliver packages, including more than 900 at its FedEx Ground facilities in the Denver area. The open positions are for package handlers and are part-time, but could become full-time.

“We are excited because we are hiring tens of thousands of positions all across the country this holiday season to move unprecedented volumes,” Chris Winton, senior vice president of human resources at FedEx Ground, which is near Pittsburgh, said in a press video.

Day and night shifts are available, and the jobs come with medical, vision and dental benefits after completion of an eligibility period, the company said. Those interested in applying can visit groundwarehousejobs.fedex.com.

Amazon said last week that it plans to hire 1,900 full-time and permanent workers in metro Denver and hinted that an announcement of an additional wave of seasonal hires would follow.

The pandemic has added to the stress traditional retailers face and will likely curtail their seasonal hiring. For example, JC Penney, which filed for Chapter 11 bankruptcy protection in May, said it plans to make 1,700 seasonal hires versus 37,000 last year, noted Andrew Challenger, vice president of the placement firm Challenger, Gray & Christmas, in his outlook on retail hiring trends for the holidays.

“The pandemic has thrown typical holiday hiring patterns off. Last year’s strong consumer spending, coupled with low unemployment, led to one of the strongest holiday seasons in recent history,” he said. “Despite current high unemployment and ongoing uncertainty, retailers, particularly those with a strong online shopping infrastructure, are anticipating high demand.”