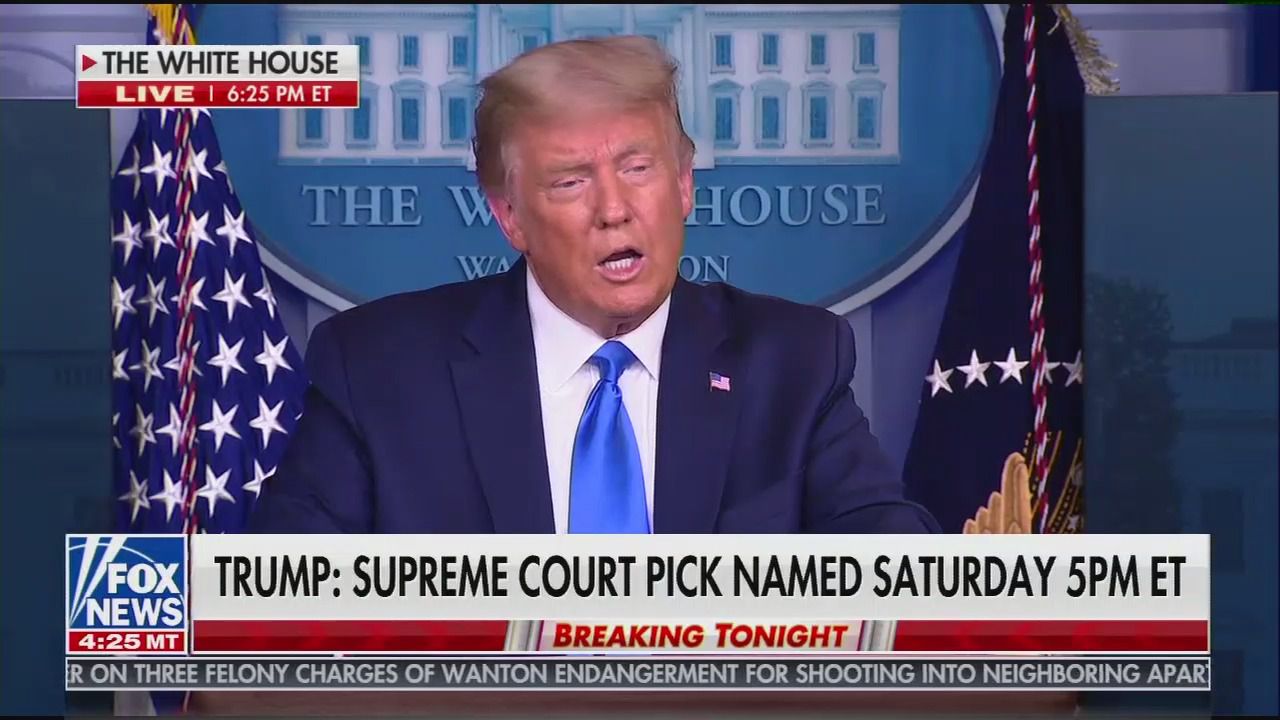 President Trump repeatedly refused to say on Wednesday whether he would commit to a peaceful transition of power if he loses the election to Joe Biden, saying at a press briefing: "We're going to have to see what happens."

The big picture: Trump has baselessly claimed on a number of occasions that the only way he will lose the election is if it's "rigged," claiming — without evidence — that mail-in ballots will result in widespread fraud. Earlier on Wednesday, the president said he wants to quickly confirm a replacement for Justice Ruth Bader Ginsburg because he believes the Supreme Court may have to decide the result of the election.

TRUMP: "We're going to have to see what happens, you know that. I've been complaining very strongly about the ballots, and the ballots are disaster."

REPORTER: "I understand that, but people are rioting. Do you commit to make sure that there's a peaceful transferral of power?"