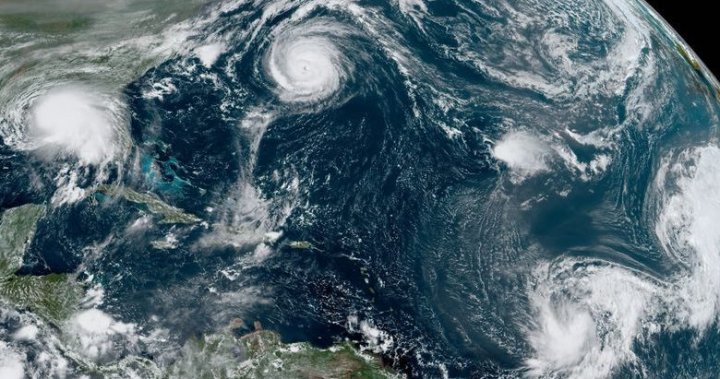 It turns out it was only mostly dead, because it’s come back as a “zombie tropical storm” near the Azores, according to the U.S. National Weather Service.

The storm reformed over the Atlantic Ocean rather than dissipating into nothing this week, in an extremely rare comeback that is perfectly in line with a nightmare year filled with stories of murder hornets, UFOs and the threat of COVID-19.

“Because 2020, we now have Zombie Tropical Storms,” The U.S. National Weather Service tweeted on Tuesday, along with a tracking map of the storm.

“Welcome back to the land of the living, Paulette.”

Paulette formed in early September and peaked as a Category 2 hurricane over Bermuda on Sept. 14. It raged through the island before weakening to a tropical storm and then a post-tropical low-pressure system — the usual fate of such storms.

But Paulette didn’t peter out into a raincloud. Instead, it drifted over the Atlantic Ocean for several days before picking up steam again near the Azores.

Paulette already made some history in its first life, as one of a record five active cyclones churning over the Atlantic at one time. Now it’s come back in a year of unprecedented storm activity.

Weather officials have exhausted their list of storm names for this season, and have now begun naming new storms after letters from the Greek alphabet.

The latest storm, Beta, weakened to a tropical depression and stalled over Texas on Tuesday. The U.S. National Hurricane Center was also monitoring Paulette and another storm, Teddy, on Wednesday morning.

Paulette was expected to become a post-tropical remnant low sometime on Wednesday.

No new storms are expected to form in the next few days, according to Global News Chief Meteorologist Anthony Farnell.

—With files from The Associated Press