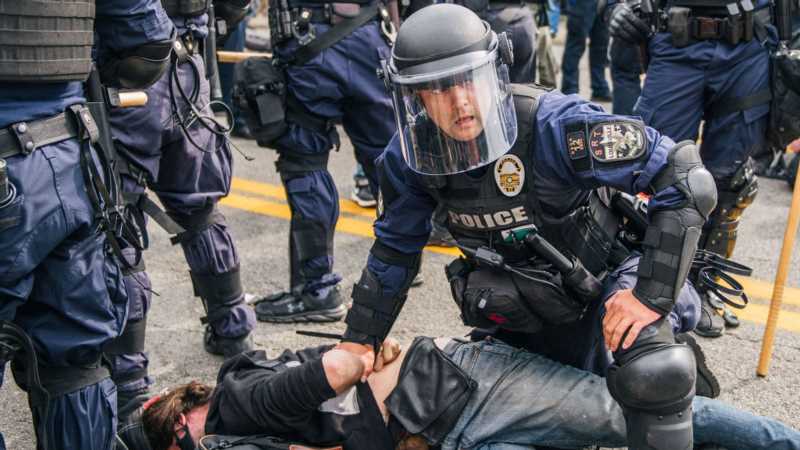 As news broke that three officers were not going to be charged with killing Breonna Taylor, Jefferson Square Park in Louisville briefly fell silent.

It’s become a focus of protests and mourning in recent months and people were crowded around phones to hear the much-anticipated public announcement.

But it wasn’t the news they had hoped for and the momentary quiet was quickly eclipsed by anger.

One woman passionately shouted: “Everyone around the world should be upset.”

Some wept, others started marching.

26-year-old Ms Taylor was shot dead in a botched raid in her own home.

Her name became a rallying cry against police brutality.

Her family had hoped the officers would be charged with second-degree manslaughter – conscious that Kentucky’s self-defence laws would protect the officers from being charged with murder, as Ms Taylor’s boyfriend was the first to shoot.

He says he thought it was an intruder. 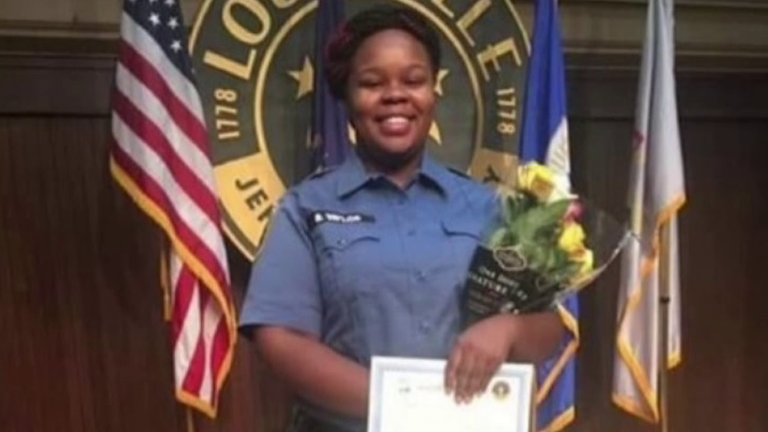 Only one of the men who discharged their weapons was indicted, Brett Hankison, for wanton endangerment.

But it wasn’t connected to any shots fired at Ms Taylor, instead it related to those fired at a neighbour’s apartment.

On the ground there was a mixture of incredulity, condemnation and resignation.

One woman told me: “I’m angry, upset, not surprised. We just believe this is what always happens when it comes to blacks in America.”

As night fell, it was a scene that’s become all too familiar in America this year – military vehicles, heavily armed police and the clanging sound of a curfew being enforced over loud speakers. 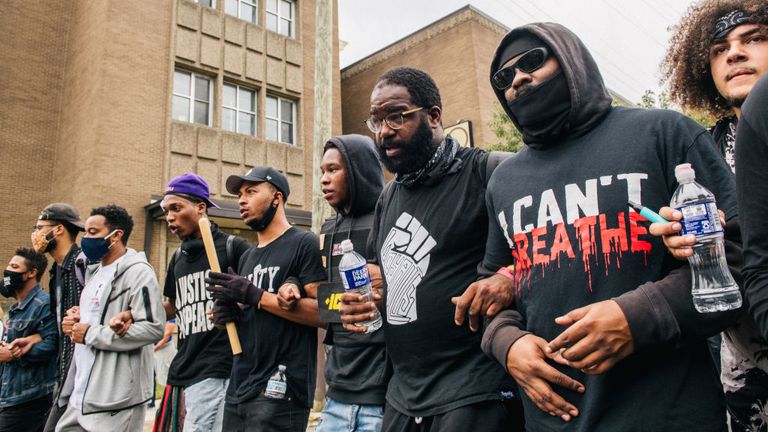 Police widely outnumbered protesters. The governor had declared a state of emergency earlier in the week, apparently aware there would be unrest and they were prepared.

Protesters demonstrating, but often very quickly dispersed. Then came the sudden news that a police officer had been shot.

As we arrived at the scene, it emerged there were in fact two officers injured, both now in hospital. 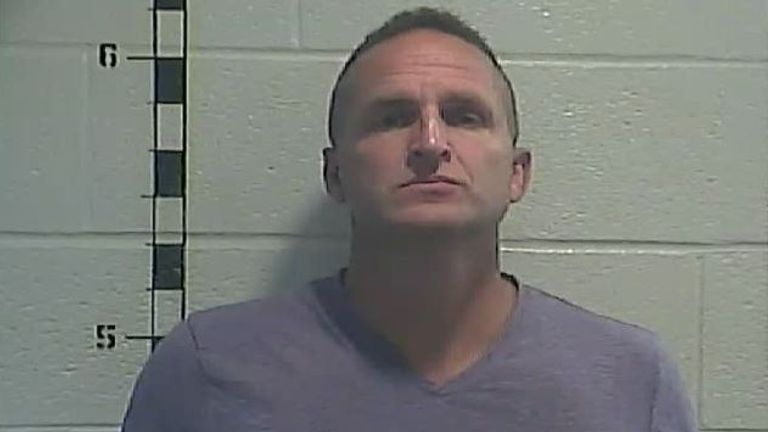 At a hastily arranged press conference, Louisville Metro Police Department Interim Chief Robert Schroeder told me: “I am very concerned about the safety of our officers.

“We’ve had two shot and that is very serious – a very dangerous position.”

The two men are expected to recover, but it was an illustration of the open hostility that rages here.

One protester, Aaron Jordan, told me: “There’s a lot of frustration in the air because it’s a matter of life and one death, literally. It’s a war zone.”

Another, CJ, described the grand jury decision as a “smack in the face”.

He said he’d protest “until we get change”.

But in this country change is complex and can be painstakingly slow.