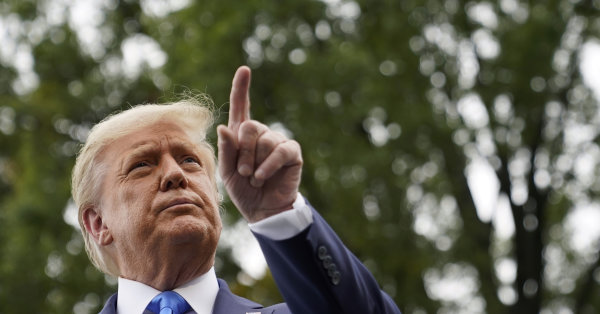 NEW YORK (AP) — Donald Trump’s niece followed up her best-selling, tell-all book with a lawsuit Thursday alleging that the president and two of his siblings cheated her out of millions of dollars over several decades while squeezing her out of the family business.

“Fraud was not just the family business — it was a way of life,” the lawsuit said.

Messages seeking comment were sent to the Justice Department and lawyers for the president. Messages also were sent to a lawyer for Robert Trump and to email addresses listed for Maryanne Trump Barry.

At a briefing, White House spokesperson Kayleigh McEnany denied any fraud was committed against Mary Trump.

Mary Trump and her brother, Fred Trump III, inherited various real estate business interests when her father, Fred Trump Jr., died in 1981 at 42 after a struggle with alcoholism. Mary Trump was 16 at the time.

According to the lawsuit, Donald Trump and his siblings devalued Mary Trump’s interests, which included a share of hundreds of New York City apartments, by millions of dollars even before Donald Trump’s father, Fred Trump Sr., died on June 25, 1999.

After the family patriarch’s death, Mary Trump and her brother filed objections to the will and Donald Trump and his siblings “ratcheted up the pressure” to settle by cutting off health insurance to their niece and nephew, the lawsuit said.