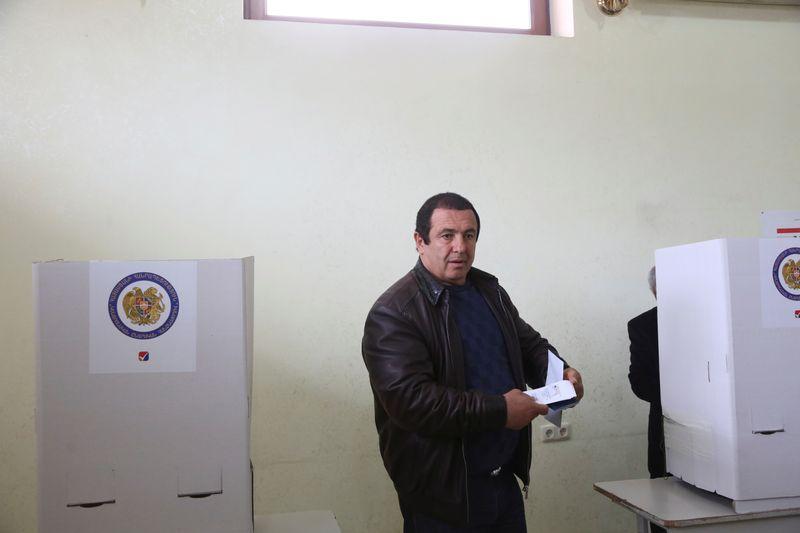 YEREVAN(Reuters) – Armenian opposition leader Gagik Tsarukyan, one of the country’s richest businessmen, was put in custody on Friday for two months ahead of a trial on charges of vote-buying in 2017 parliamentary elections.

Tsarukyan, leader of the Prosperous Armenia party, the second-biggest faction in parliament, denied any wrongdoing, saying the criminal prosecution against him was political.

Parliament stripped Tsarukyan of his immunity in June, allowing him to be arrested. The National Security Service raided his home and interrogated him.

“This is politically motivated. They will answer for their decision,” Tsarukyan said late on Friday as he was going to the National Security Service. “In a short time everything will be put in its place.”

His arrest was ordered by the Yerevan Court of General Jurisdiction over allegations of misconduct surrounding the 2017 elections, which preceded a peaceful revolution.

“The hopes of many people haven’t been fulfilled and the promises weren’t kept for the last two years,” Prosperous Armenia spokeswoman Iveta Tonoyan told reporters on Tuesday in parliament. “There is great public discontent with the government, and to make it heard we will organise a protest.”

Tsarukyan has accused Prime Minister Nikol Pashinyan and his government of mishandling the economy and failing to fight the COVID-19 pandemic effectively.

Armenia, a country of 3 million, has registered 48,643 confirmed coronavirus cases and 947 COVID-19 deaths as of Friday, the worst-affected country in the South Caucasus region.

The economy will contract 6.2% this year because of the pandemic, reversing last year’s 7.6% growth, the central bank forecasts.

Pashinyan and his party came to power in May 2018 after the revolution against corruption and cronyism. Tsarukyan aligned himself with that movement at one stage.

Tsarukyan’s party won 26 of the 132 seats in snap parliamentary elections in December 2018 after the revolution. Some of its members joined Pashinyan’s cabinet, but they were soon dismissed.