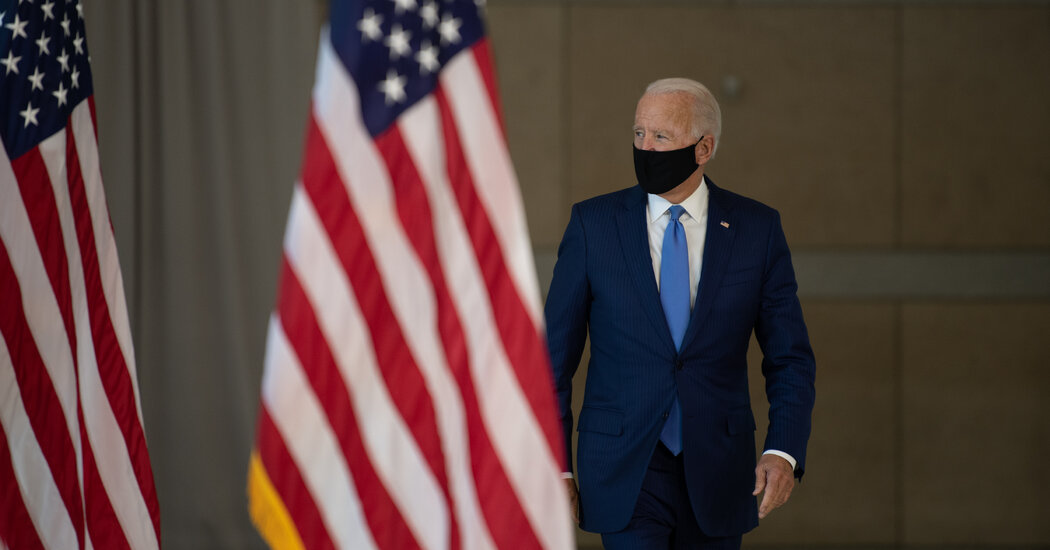 Joseph R. Biden Jr. escalated his attacks on President Trump on Saturday, accusing him of dividing the country into “blue cities” and “red cities.” And in a newly televised interview, Mr. Biden compared the president to Joseph Goebbels, Nazi Germany’s minister of propaganda.

Mr. Biden, the Democratic presidential nominee, made the Goebbels comparison when asked in an interview that aired Saturday on MSNBC about Mr. Trump’s claims that he is pushing a socialist agenda.

Mr. Biden has made the analogy before when arguing that Mr. Trump often repeats a lie in the hope that it will stick.

Speaking on MSNBC, Mr. Biden also dismissed as “a typical Trump distraction” the president’s continued refusal to commit to a peaceful transfer of power if he loses the election.

On Saturday afternoon, as Mr. Trump was preparing to announce his Supreme Court nominee, Judge Amy Coney Barrett, Mr. Biden spoke via video to a virtual conference of the nation’s mayors, where he pledged to support cities, regardless of party affiliation.

Mr. Biden’s comments were a rebuke of the president’s repeated attacks on “Democrat cities,” which he accuses of giving free rein to anarchists and criminals.

Mayors have a “tough job under any circumstances,” Mr. Biden said. “It’s nearly impossible when the president scapegoats mayors and fans the flames of division.”