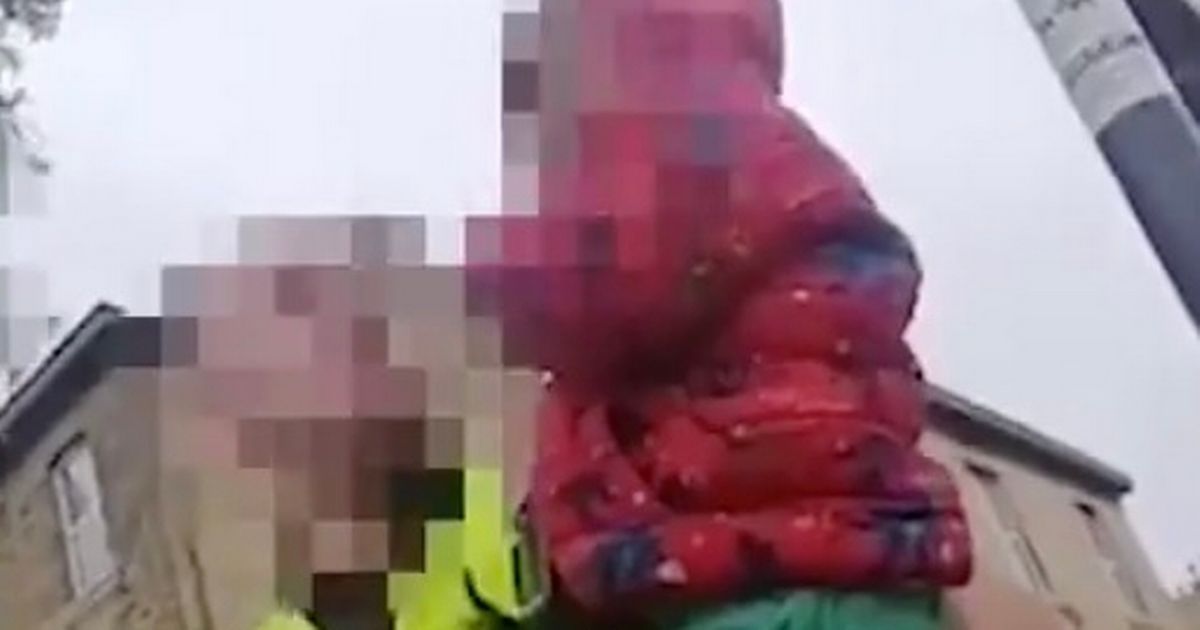 Distressing footage has emerged of a toddler wandering the streets on his own in a northern city.

Footage shot by a concerned father shows the boy walking around the Hutt Street and Spring Bank areas of Hull on Humberside.

He then informed the police because he was worried about the boy, reports Hull Live.

The Good Samaritan was walking in the area with his own son when he saw the boy, who appears to be around two years old.

The video shows the moment Humberside Police arrive on the scene and approach the boy, who is wearing a red patterned coat and green, knee-length shorts.

In an unedited version an officer can be heard asking the toddler where he is from. Heartbreakingly the boy sobs in response.

He is then taken to a police van where an officer tries to establish his identity and where he is from.

The video comes just weeks after CCTV captured a three year-old getting into a lift on her own while looking for her nan.

The child, from  the Chinese city of Zhuzhou, was seen panicking before exiting the lift on the eighth floor.

There she climbed out of a window before tragically falling eight stories to her death.

In August a non-verbal autistic five year-old died after wandering out of her house in Pennsylvania, USA.

Eliza Talal was found in Fischer's Park, Harleysville, on Aug 8 this year.

Contractors had been working on the girl's home and it's possible a door may have been left open, police said.

She is then believed to have been swept away after a creek behind her family's home swelled.