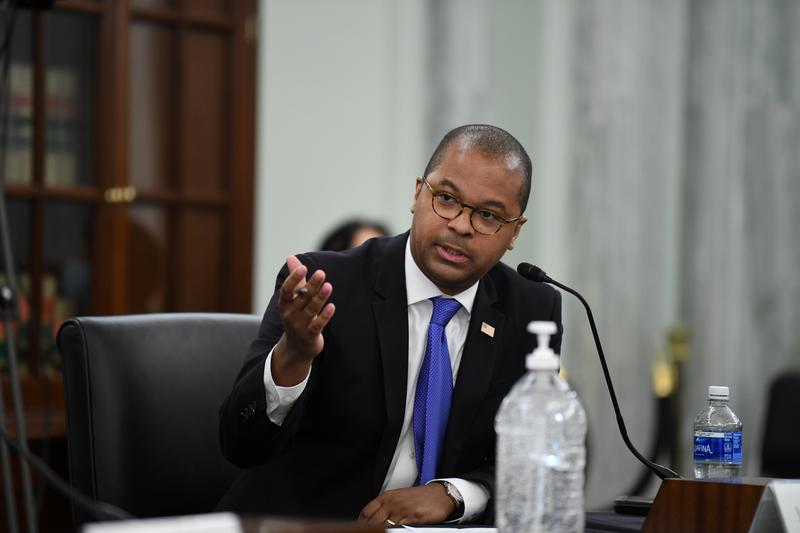 WASHINGTON (Reuters) – A member of the U.S. Federal Communications Commission on Wednesday called for new scrutiny of undersea cables that transmit nearly all the world’s internet data traffic.

“We must take a closer look at cables with landing locations in adversary countries,” FCC Commissioner Geoffrey Starks said Wednesday at a commission meeting. “This includes the four existing submarine cables connecting the US and China, most of which are partially owned by Chinese state-owned companies.”

The United States has repeatedly expressed concerns about China’s role in handling network traffic and potential for espionage. Around 300 subsea cables form the backbone of the internet, carrying 99% of the world’s data traffic.

Starks said the FCC “must ensure that adversary countries and other hostile actors can’t tamper with, block, or intercept the communications they carry.”

In April, the FCC approved Alphabet Inc unit Google’s GOOGL.O request to use part of an U.S.-Asia undersea telecommunications cable, but not to Hong Kong, after U.S. agencies raised national security concerns.

Google agreed to operate a portion of the 8,000-mile Pacific Light Cable Network System between the United States and Taiwan, but not Hong Kong. Google and Facebook FB.O helped pay for construction of the completed link but U.S. regulators blocked its use.

The companies in August abandoned the proposal to use the Hong Kong portion. A Facebook affiliate has sought FCC approval to use a portion of the cable connecting the Philippines and United States.

Starks noted that on Sept 10, Facebook, Amazon.com Inc AMZN.O and China Mobile 0941.HK withdrew their application to connect San Francisco and Hong Kong as part of the Bay to Bay Express Cable System.

The companies told the FCC they would work to secure a license “for a reconfigured system” acceptable to the Trump administration.

The FCC in April denied China Mobile’s application to operate in the United States. “The concerns aren’t just about the landing sites of the cables but who owns and operates them,” Starks added.