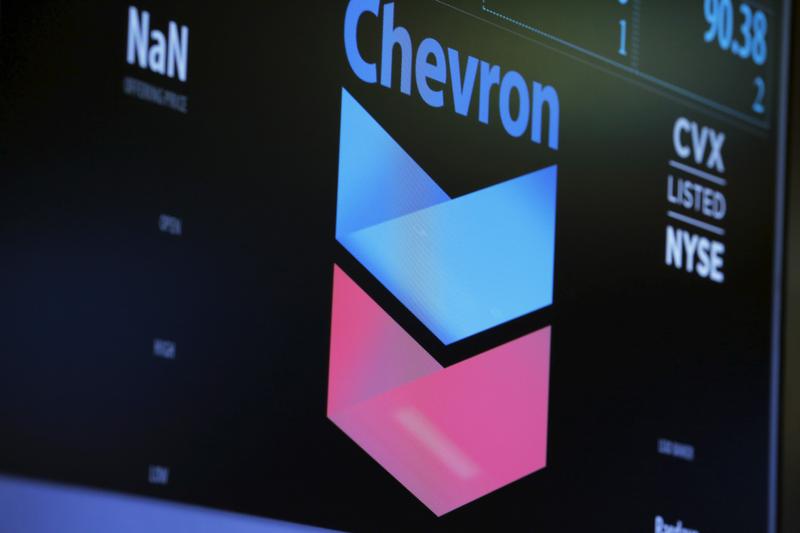 FILE PHOTO: The logo of Chevron is shown on a monitor above the floor of the New York Stock Exchange in New York, December 30, 2015. REUTERS/Lucas Jackson

(Reuters) – Chevron’s CVX.N market value leapfrogged that of Exxon Mobil XOM.N for the first time on Wednesday during a week in which it closed a $4.1 billion, all-stock deal for Noble Energy, a smaller oil and gas producer.

Chevron’s market cap ended the day around $142 billion, topping Exxon Mobil’s $141.65 billion market value at the end of trade, according to Refinitiv data and Chevron SEC filings pertaining to the Nobel deal.

Shares in Chevron closed up 2.047% on Wednesday and Exxon Mobile rose just 0.3%.

Chevron’s finances are stronger and its shares have performed better than its larger rival. It has shifted away from costly megaprojects favored by oil majors, and moved sooner this year to cut costs amid the coronavirus-induced sharp drop in oil and gas prices.

Investors have shunned fossil fuel companies and the energy sector is the worst performing on the S&P 500 year to date. Chevron’s stock is down a lesser 38% year to date compared to a 52% decline at Exxon, which this year was removed from the Dow Jones Industrial Average, a position it held since the index was created.

Exxon’s weak earnings have forced it to borrow to finance its nearly $15 billion a year shareholder dividend and cover spending on new projects.

In part, Chevron’s finances have benefited from its faster divesting of unwanted assets. Exxon has struggled to unload unwanted oilfields despite promising to accelerate the sales in early 2019. Exxon officials have said they are reviewing all its operations for cuts, but have signaled that major savings will not come this year.