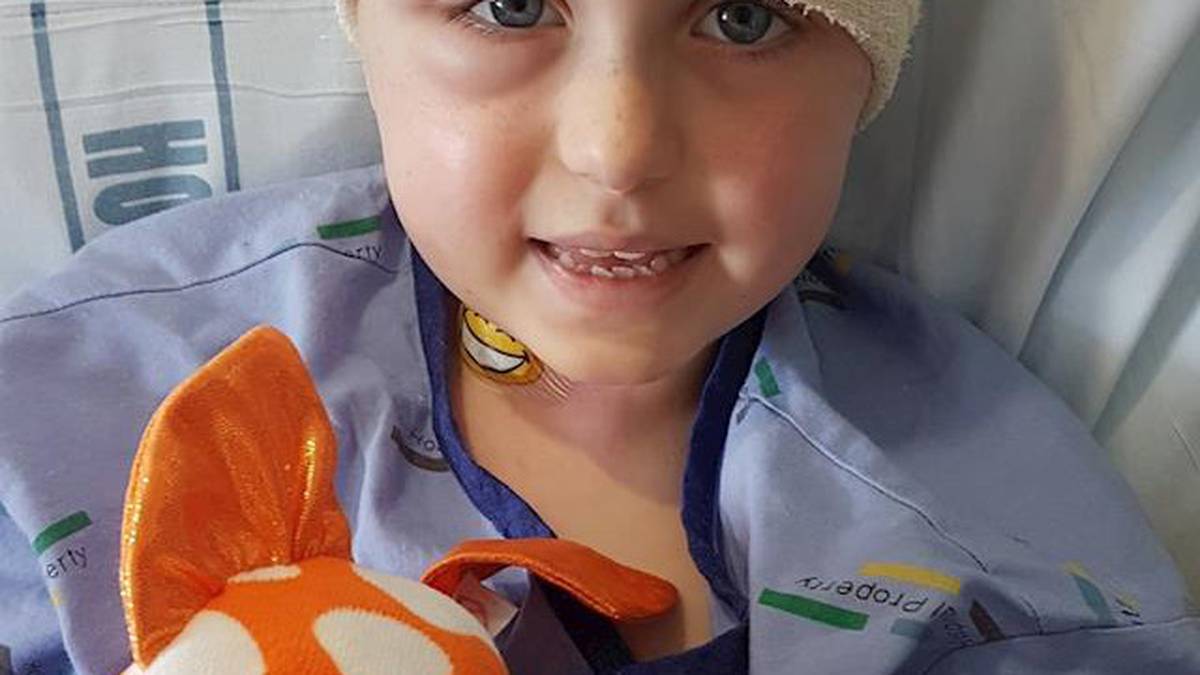 An Auckland couple are desperately fundraising for an experimental treatment that may be the only cure for their 7-year-old daughter’s cancer.

Hollie Beattie was diagnosed with a rare, aggressive form of cancer called neuroblastoma in July 2018.

After two years of treatment for her disease, Hollie’s family were hopeful – she had been in the clear for six months. But unfortunately it was not to last.

“Neuroblastoma is a really tough one to beat,” her mum Jo Beattie told the Herald.

“It has a history of returning, they’ve always said that.”

Hollie’s family were cautiously optimistic until last month, when a 3cm tumour was found in her brain.

“Having to go back to square one again and start all this has been a real blow,” Beattie said.

Hollie is a perfect candidate for a clinical trial, but the clock started ticking as soon as she had her most recent surgery, as the treatment needs to be started within a certain period of time from surgery having occurred.

Some of the treatments can be carried out in New Zealand, but some will need to be done at the trial site in Spain, within the next 13 weeks. She could be over there for anywhere between two to eight months.

The sudden deadline has left Hollie’s family scrambling to get all their plans in place.

It also comes with a rough treatment cost estimate of $400,000, not including the family’s travel, accommodation, and other associated costs.

The treatment involves radioimmunotherapy for children and teenagers whose neuroblastoma has spread to their brains, linings around the brain, or spinal cords.

It will be administered through a port in Hollie’s skull.

Beattie believes it may be the only potential cure for the cancer. The thought is “devastating”.

“It’s been such a long few years, but we will do it. You just have to. I don’t know of anyone who wouldn’t try and get there.”

At the moment, Hollie is acting like a girl who doesn’t have cancer, Beattie said.

“She acts like she’s completely clear of cancer, and she’s such a happy child … she’s planning on going to the school disco on Friday and she had brain surgery last week, it’s absolutely crazy.”

The family have a Givealittle page to help towards Hollie’s care, which has been running since her diagnosis in 2018.

Beattie said the influx of donations was “amazing” and partly credited the power of social media for helping to spread Hollie’s story to overseas donors.

The family is determined to find the money for the treatment one way or another, and is keeping positive about the treatment.

Beattie said it was hard to know how things would play out with Covid given the situation was deteriorating in Spain but the family could only plan and hope they will be able to fly in January.

If for some reason the family raised more money than was needed, or the money could not be used, it would be given to another child in need.