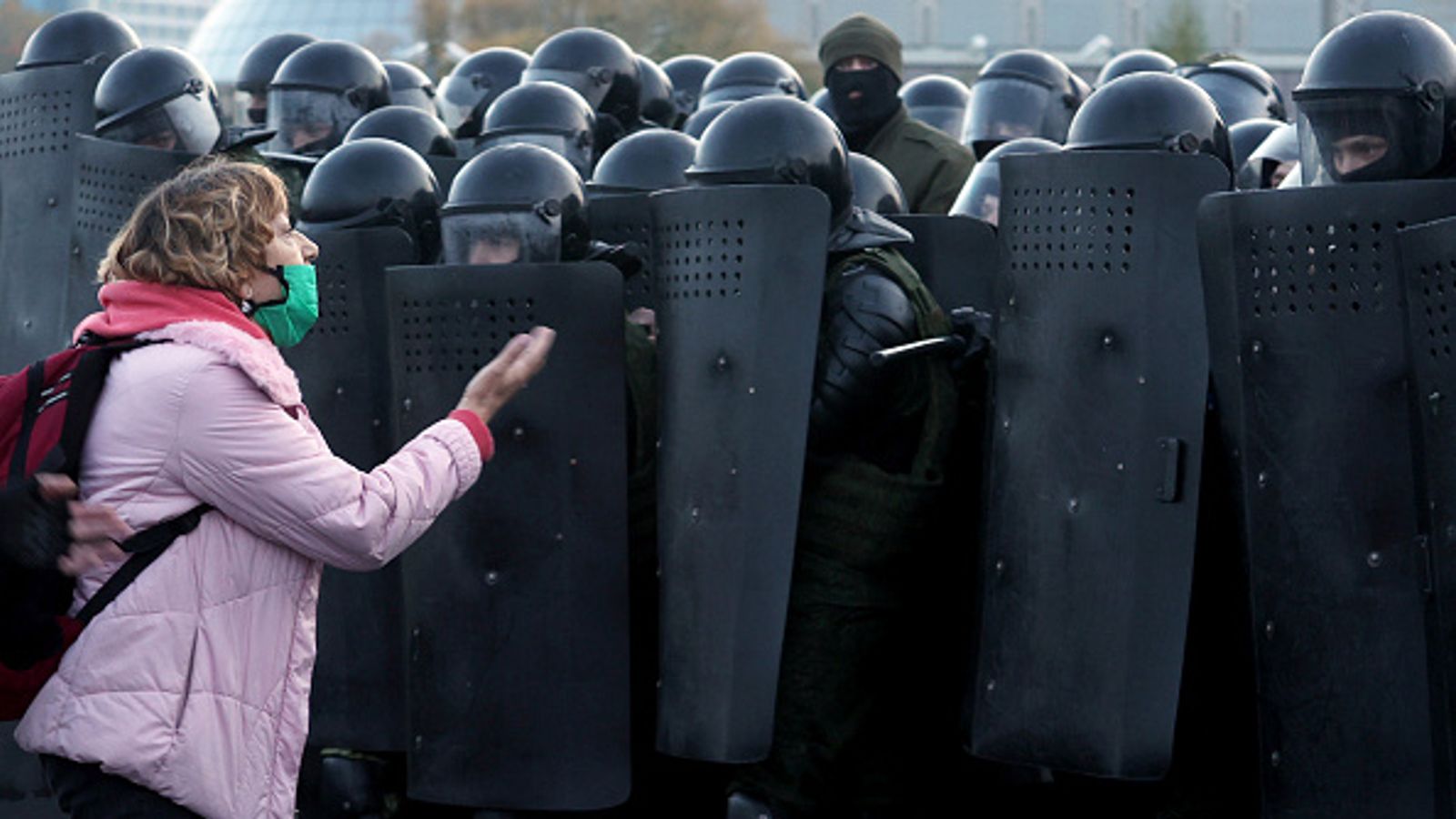 There is an inevitability now to Sunday evenings in Minsk.

A burst of police violence to put an end to hours of peaceful marching – to make sure those who stayed until what becomes a bitter end go home with the ring of stun grenades in their ear, the adrenaline from running from rubber bullets – if they go home at all.

This Sunday, first estimates are that more than 100 people were detained, but that number may rise. 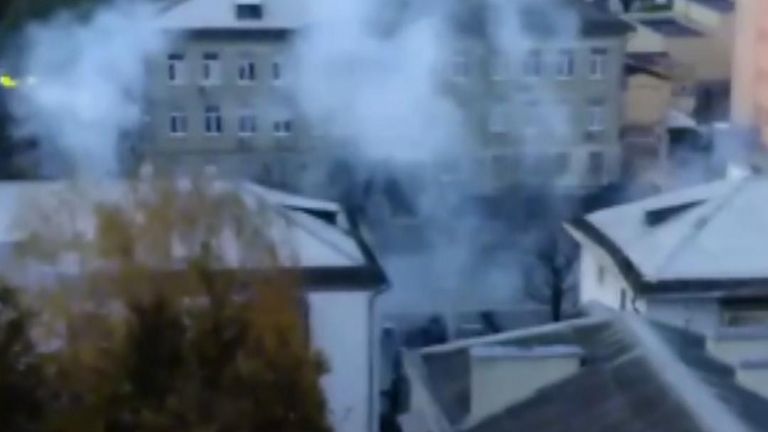 There is video of police breaking into apartments and beating people as they beg for mercy. In a police state there really is nowhere to hide.

No wonder the majority of people in Belarus want this regime gone.

The spirit of those on the street is at such odds with the police cruelty. Over and again, Belarusians will tell you “we are a peaceful people”.

They march in their tens of thousands – 100,000 plus in Minsk this Sunday – waving their red and white flags, mostly masked, as a second COVID-19 wave creeps up here too. But the Belarusian people have other preoccupations. 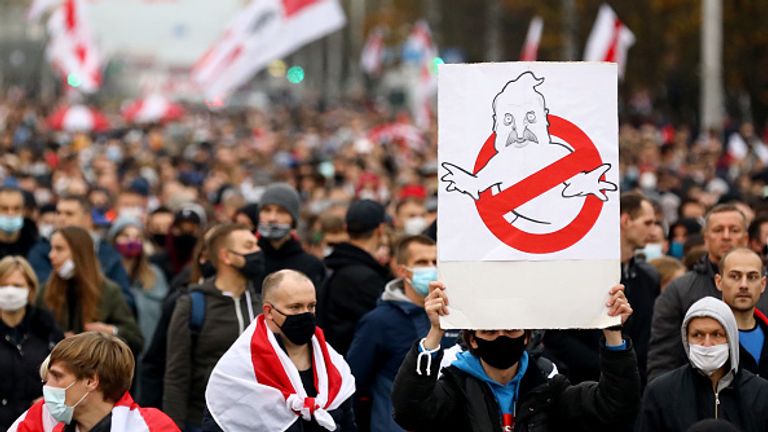 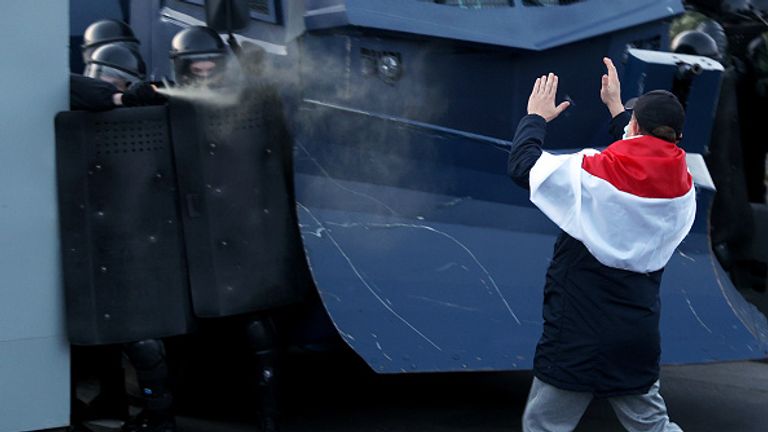 They have had three simple demands from the start: that President Alexander Lukashenko step down, for there to be fresh elections and that all political prisoners are released. Those demands have not been met.

From exile, presidential candidate Svetlana Tikhanovskaya has called for a general strike as of Monday, but that may not take off.

I was told repeatedly that people are scared, they have families to feed. 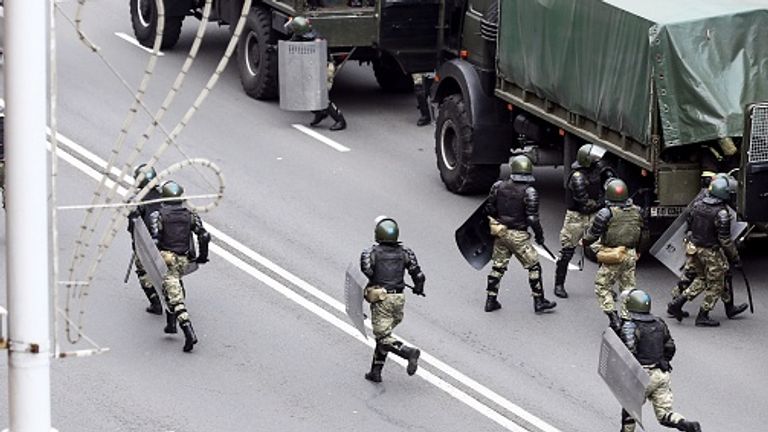 Strike leaders we were in touch with were hesitant to reveal their plans. The secret chats on Telegram fell silent. Intimidation works, especially for state workers.

We spent a few hours in police custody on Saturday. They were civil, for which we should count our blessings.

For many Belarusians, civility is not a feature of the detention centres. As we sat waiting, people started trickling in in dribs and drabs. 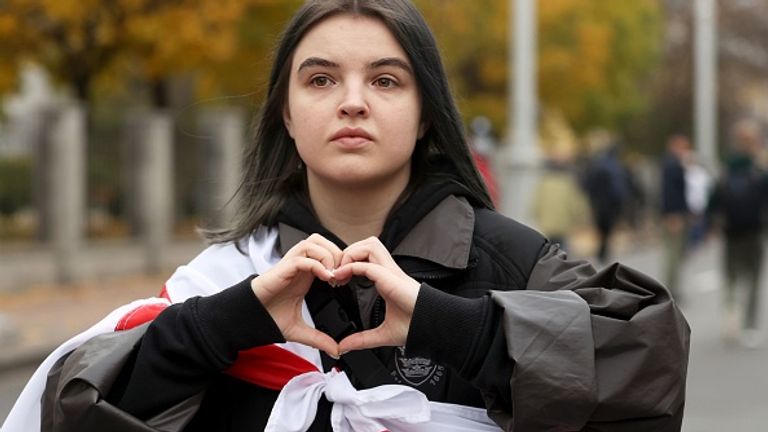 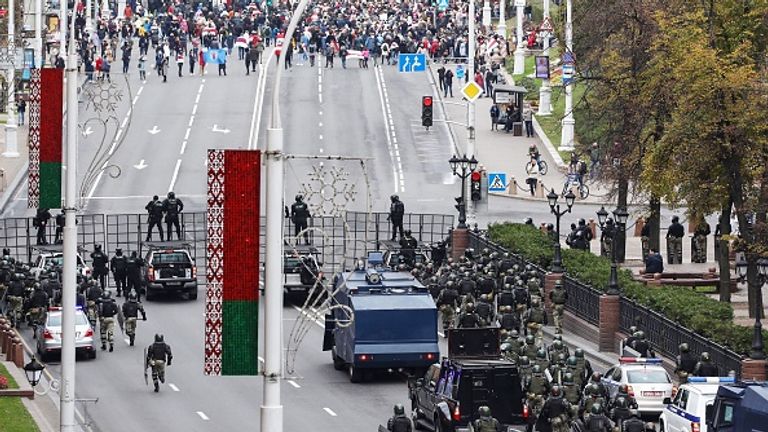 ‘Druzhinniki?’ the girl at reception would ask, and they would nod. It is an old Soviet phenomenon where volunteers help out with policing.

The squads cannot make arrests, but they can keep watch and this regime likes to keep an eye on everyone and everything.

The first group of men were older. They looked as though they had grown up on a diet of state TV and could do with some extra cash.

More surprising perhaps were the younger cohorts, grinning with their comrades, sharing out the squad’s red armbands.

It is supposedly voluntary. If so, there are clearly still a fair few beyond the security establishment who are willing to uphold the political status quo.

The demand for change from the street is loud and insistent – the impressive turnout each and every Sunday is testament to that.

It is almost incomprehensible that a progressive, democratically minded people in the heart of Europe should have the kind of leadership their neighbours, certainly to the West, could not even imagine.

But dictatorships have deep foundations. And for now in Belarus, they’re holding.